Syrian government forces have entered the northern town of Tal Tamr and city of Manbij close to Turkey’s border, following a deal struck between the Kurds and the Assad regime. 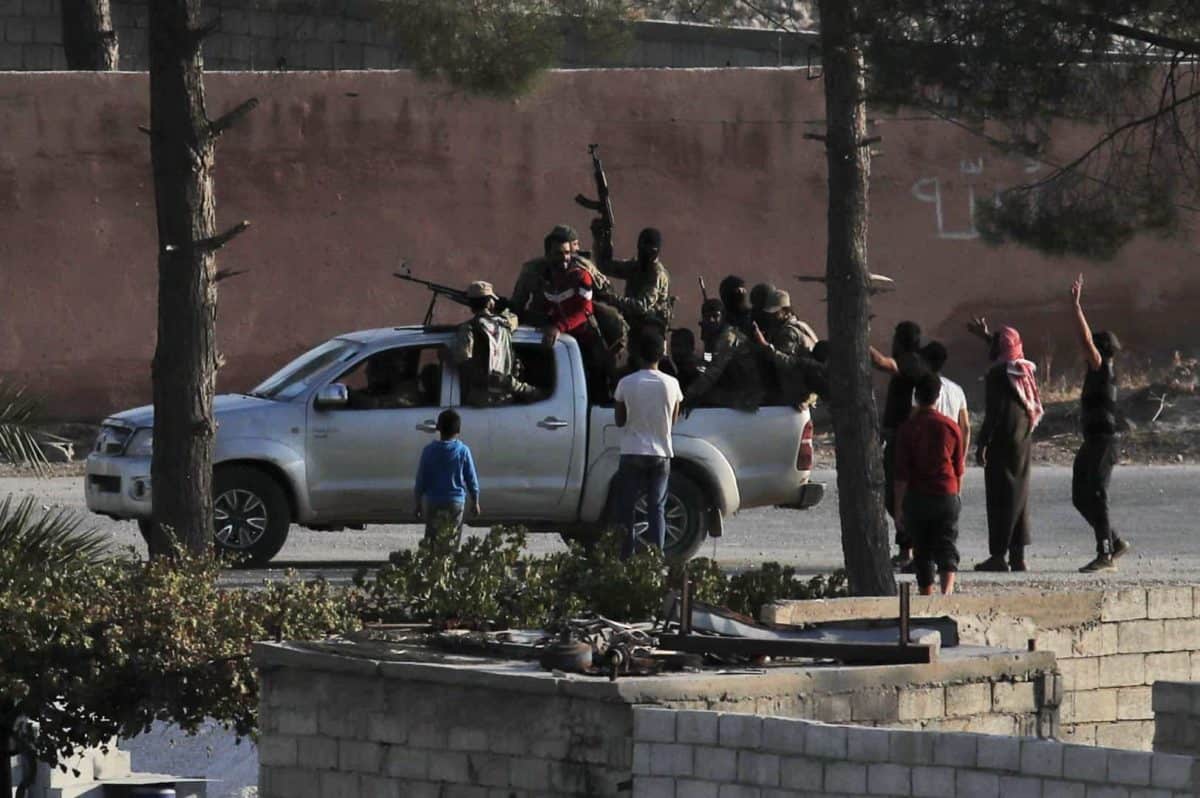 Syrian government forces have entered the northern town of Tal Tamr and city of Manbij close to Turkey’s border, following a deal struck between the Kurds and the Assad regime.

After Donald Trump ordered the withdrawal of US special forces following a call with Turkish President Recep Tayyip Erdogan, the Turkish premier ordered the invasion of the area to clear out Kurdish fighters he calls terrorists.

The Kurdish forces that had been US allies in the fight against the so-called Islamic State (also known as IS and ISIS) have been left in charge of holding the prison camps full of IS fighters. They said they were forced to make an alliance with Syrian leader Bashar al-Assad – their Syrian Civil War enemy – to protect themselves from “genocide” at the hands of Turkish forces invading Northern Syria.

The Syria’s state news agency says the Syrian army moved into the area to “confront the Turkish aggression”, without giving further details.

The report says residents of Tal Tamr, that is about 12 miles from the Turkish border, welcomed the troops.

Regional victory for Assad and Putin

The Syrian army move into positions in Northern Syria is a major boost for Assad as these areas were lost to Kurdish control during the civil war.

This latest move could bring about a military confrontation between the Syrian army, backed by Iran and Russia and Turkey, a NATO country.

The move came a day after Syria’s Kurds said Syrian government forces agreed to help them fend off Turkey’s invasion — a major shift in alliances that came after President Donald Trump ordered all US troops withdrawn from the northern border area amid the rapidly deepening chaos.

US President Donald Trump’s sudden decision to leave the area has led to accusations of abandoning Kurdish allies by politicians across the US political divide.

As predicted, it is leading to the resurgence of their common enemy ISIS, after they had already been defeated in a costly war that has cost the lives of 11,000 Kurdish fighters.

Members of Islamic State see the chaos as an opportunity. Yesterday saw another major prison breakout for IS militants, reinvigorated by the Turkish invasion.

ISIS is plotting a mass prison breakout to free the 70,000 or more ISIS supporters being held in Al Hol, Business Insider reports a NATO source warning.

Ahead of the Turkish invasion which started five days ago, President Donald Trump ordered US troops to step aside, a decision the Kurdish allies saw as a betrayal.

Turkey and allied fighters swept into northern Syria, with US troops caught in the middle ordered to pull out.

Donald Trump defended accusations at home and abroad that he had been warned against abandoning Kurdish allies against ISIS, saying they didn’t help in World War II. – A bizarre reason, and also an incorrect one as the Kurds fought on the allies’ side in the Second World War.

“Alliances are very easy” Trump told reporters when asked why anyone would want to be a US ally now.

Meanwhile Erdogan warned European critics not to call the operation against Kurds in Syria an “invasion” or he would flood Europe with Syrian refugees.

Northern Syrian residents fled with their belongings loaded into vehicles, or on foot, and the UN refugee agency has warned tens of thousands of people are on the move seeking safety.

Aid agencies warn nearly half-a-million people near the border are at risk – in scenes similar to those from a few years ago when civilians fled the Islamic State group militants.