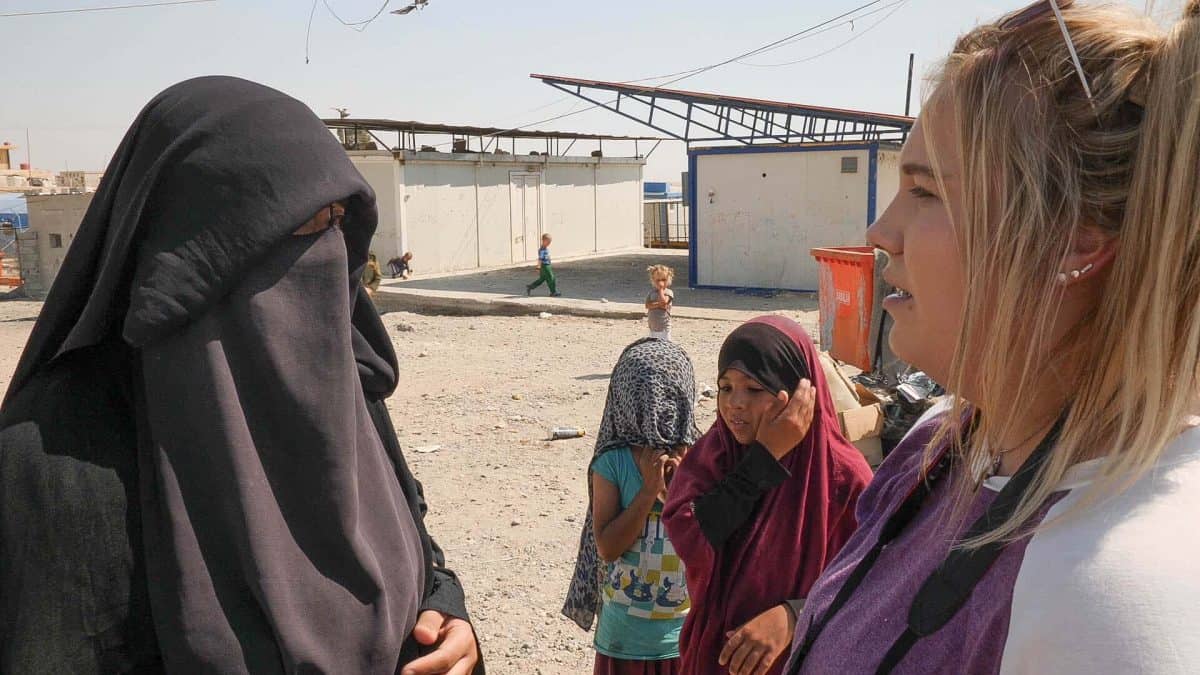 The daughter of a British aid worker who was murdered by Islamic State terrorists has travelled to Syria to find answers over her father’s death.

David Haines, 44, was captured by extremists in 2013 while working for an international relief agency in Syria.

He was beheaded in 2014 after being held by a four-man terrorist cell dubbed “The Beatles”, whose members included Mohammed Emwazi – also known as Jihadi John.

Two of its members, Alexanda Kotey and El Shafee Elsheikh, believed to have been part of Islamic State’s brutal executions gang, were detained by US-allied Kurdish militia fighters in January, the New York Times said.

Along with Mohammed Emwazi – the killer nicknamed Jihadi John – and Aine Davis, they are thought to have been part of a group named after the ’60s band because of their English accents.

The four Londoners were linked to a string of hostage murders in Iraq and Syria during the bloody Islamist uprising.

Five years on from Mr Haines’ death, his daughter Bethany has travelled to one of the locations where her father is believed to have been killed.

Her trip to the Middle East was broadcast on ITV Evening News on Wednesday. The footage of Mr Haines’ murder was posted online and turned into an IS propaganda video.

Speaking about the moment she watched her father’s execution video, Mr Haines’ daughter told ITV News: “I thought I would be really upset, but it was just numbness. I think it was shock. So, for a while I didn’t feel anything.

“And then a few hours later the grief kind of started to strike for me. It’s getting closure.

“I’ve researched and been a part of this for around six years now and I need to come to terms with that and close that off and move on.”

Accompanied by ITV’s security editor Rohit Kachroo, Mr Haines’ daughter also went to the site where Emwazi was killed in a US air strike in 2015.

She said she was “ecstatic” when she heard the news that Emwazi had died, adding: “I had a party and now, actually being here and seeing it makes it more real. It does bring that sense of relief, that he is now finished with.”

Emwazi came to notoriety in a video in August 2014 which showed the beheading of US journalist James Foley.

He also appeared in videos showing the killing of Mr Haines.

During her trip to Syria, Mr Haines’ daughter witnessed mass graves being exhumed and met several “IS brides” at Ain-Issa camp in northern Syria.

At one point she shows a picture of her father to Tooba Gondal, a British IS bride at the camp, and says: “That’s my father. He was beheaded by Jihadi John.”

The IS bride, who travelled to Syria five years ago, replies: “I’m so sorry to hear that.

“I can’t be held responsible in any way whatsoever. You know, I was not part of … I didn’t give my allegiance to this.”