One of the most important war films of the 21st century. 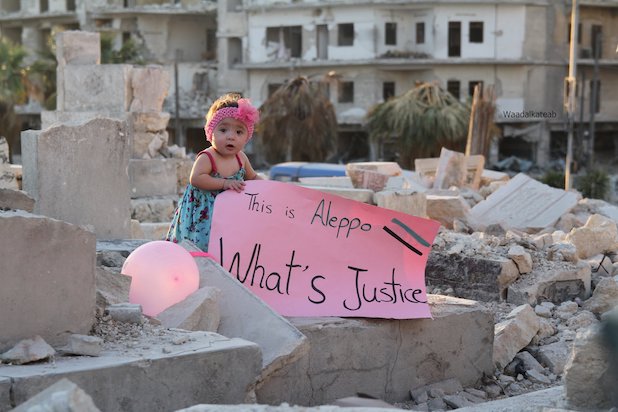 Filmmaker Waad al-Kateab tells the story of one of the deadliest civil wars of the century in For Sama, a documentary-come-love letter to her baby daughter raised in Aleppo during the conflicts.

Capturing the harrowing events of the revolution in a bid to explain to her daughter the world she grew up in and the choices she made in supporting the resistance Waad paints a brutally honest account of the war.

The raw footage gives you direct and unpolished access of the government-backed atrocity.

Every air strike sends shivers down your spine, every death feels real and all emotions – of loss, laughter and survival – seem to be equally shared between audience and victim.

But the real genius is in putting children at the heart of the story.

It shows them processing the events around them, mourning loved ones and living, laughing and learning in spite of the situation they find themselves in.

There is palpable concern for Sama, who shows no emotions at all to air raids and bombings, having become so accustomed to them from birth.

But as is the way with the human condition, there is much warmth to be found in the darkest and most testing times.

For Sama showcases that incredibly well, and should be marked as one of the most important war films of the 21st century.