IS is plotting a mass prison breakout to free 70,000 or more IS supporters while Turkey invades Northern Syria. 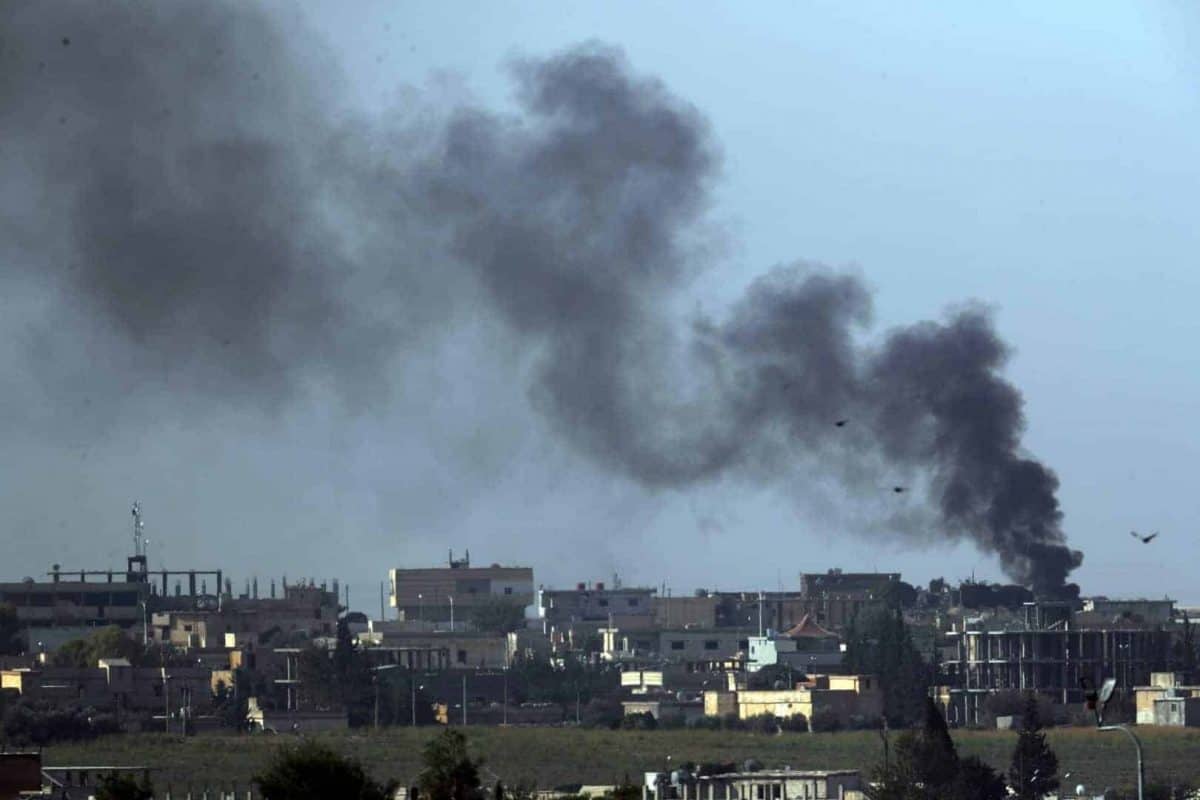 Reports are emerging that five militants of so called Islamic State, also known as IS, ISIS or locally Daesh have escaped a Kurdish prison in Northern Syria after shelling by Turkish forces.

A spokesman in the Kurdish-led Syrian Democratic Forces (SDF) accused Turkey of targeting a prison in Qamishlo where ISIS terrorists are held.

The detainees escaped from a prison in Qamishli city, spokesman Marvan Qamishlo said.

Meanwhile, women affiliated with ISIS took advantage of the chaos to riot at a prison camp at al-Hoj, also in the region of Northern Syria that Turkey is attacking Kurdish forces who have been looking after ISIS jails for US and UK special forces in.

The unrest at al-Hol camp started in the foreigners’ section and involved more people than previous incidents at the camp, Mr Qamishlo added. Video has emerged of the inmates attacking guards.

ISIS is plotting a mass prison breakout to free the 70,000 or more ISIS supporters being held in Al Hol, Business Insider reports a NATO source warning.

Donald Trump has been accused of abandoning the USA’s ally in the fight against ISIS, by withdrawing US troops after a phone call with Turkish President Recep Tayyip Erdogan, who has ordered the invasion of the area to clear out Kurdish fighters he calls terrorists.

Instead, the Turkish president says he wants to resettle Syrian refugees in the largely Kurdish-held zone of Northern Syria that borders Turkey.

The military push will involve clearing out areas where ISIS fighters have been captured and held by Kurdish militia who have warned that they are planning mass escapes and new offensives emboldened by the carnage.

Thousands of ISIS fighters are being held in a dozen SDF facilities, and the US allies in the bloody war against ISIS warn that they are going to be extremely vulnerable with no telling what will happen when Turkish forces arrive.

Donald Trump defended accusations at home and abroad that he had been warned against abandoning Kurdish allies against ISIS, saying they didn’t help in World War II. – A bizarre reason, and also an incorrect one as the Kurds fought on the allies’ side in the Second World War.

“Alliances are very easy” Trump told reporters when asked why anyone would want to be a US ally now.

Meanwhile Erdogan warned European critics not to call the operation against Kurds in Syria an “invasion” or he would flood Europe with Syrian refugees.

Turkish forces have pushed deeper into north-eastern Syria on the third day of Ankara’s cross-border offensive against Kurdish fighters, as casualties mounted, international criticism of the campaign intensified and thousands of civilians fled the violence.

There have been casualties on both sides and Turkey reported its first military fatalities, saying two soldiers were “martyred” in fighting and three others were injured.

At least nine civilians are now reported to have been killed in Turkey and seven more in Syria since Ankara launched its air and ground operation, a move it said is necessary to protect national security.

The Turkish defence ministry also said 342 “terrorists” have been “neutralised” in the incursion so far – in reference to Syrian Kurdish fighters. The figure could not be independently verified and Syrian activists say only eight fighters have been killed.

EU council chief Donald Tusk on Friday urged Ankara to halt its military incursion before it triggers another “humanitarian catastrophe”.

He said the security concerns Turkey has cited as reasons for the operation should be dealt with through diplomatic and political means, and that military action only exacerbates civilian suffering, causes further displacement of people and threatens progress that has been achieved so far in battling the Islamic State group.

Mr Tusk said Syrian Kurdish forces have been “crucial” in fighting IS and abandoning them “is not only a bad idea” but raises many “questions both of a strategic and moral nature”.

Mr Tusk said such remarks are “totally out of place”, adding that the EU will never accept refugees being “weaponized and used to blackmail us”.

Speaking during a visit to Turkmenistan, Mr Putin said he doubts the Turkish army has enough resources to promptly take control of IS prison camps, saying he fears the captured IS fighters who have been until now held by the Syrian Kurdish militia “could just run away”.

He added: “We have to be aware of this and mobilise the resources of our intelligence to undercut this emerging tangible threat.”

On Friday, plumes of black smoke billowed from the Syrian border town of Tel Abyad as Turkey continued bombarding the area.

Residents fled with their belongings loaded into vehicles, or on foot, and the UN refugee agency has warned tens of thousands of people are on the move seeking safety.

Aid agencies warn nearly half-a-million people near the border are at risk – in scenes similar to those from a few years ago when civilians fled the Islamic State group militants.