In the US - EU trade war, the US has slapped 25% tariffs on European Union goods including single-malt Scotch whisky, French wine and Italian cheese. 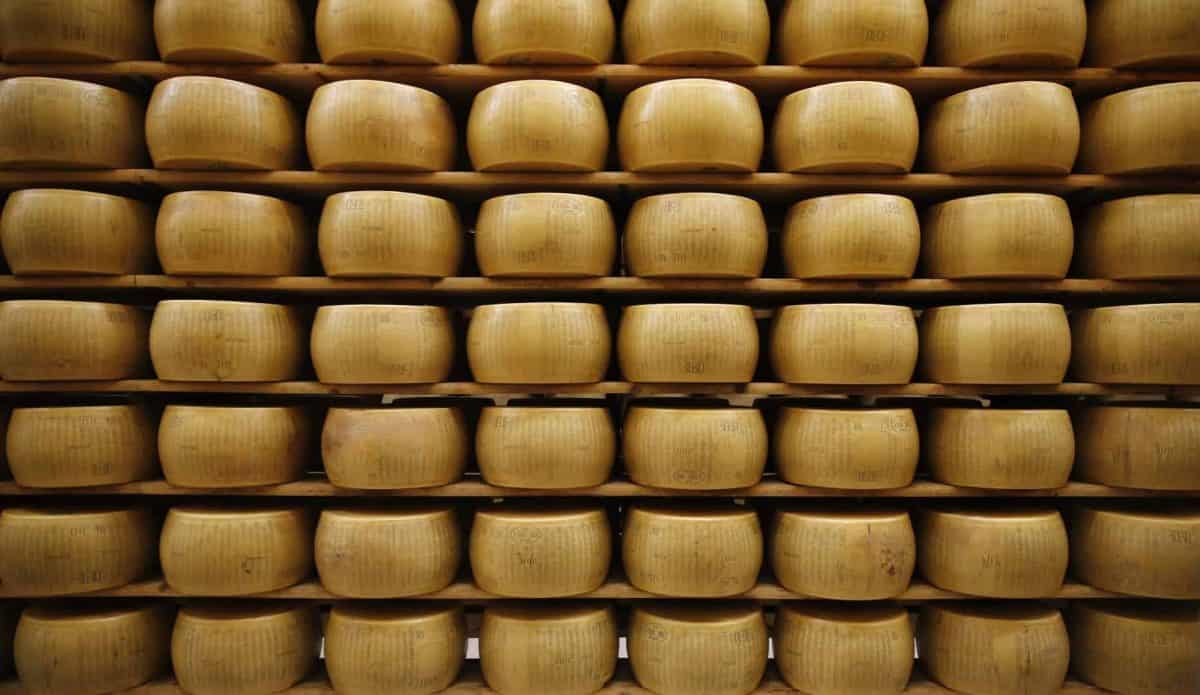 US consumers have been stocking up on Italian Parmesan cheese ahead of an increase in tariffs to take effect next week.

The Trump administration is the midst of a trade war with the European Union related to the aircraft industry.

President Donald Trump’s trade war with the world generally involves multiple battles with US allies and others alike.

Each trade war uses its own battle call, such as calling foreign imports a “national security threat,” followed by Trump imposing tariffs or quotas on imports, resulting in inevitable retaliation escalating the trade war. The global economy has taken a hit, with the biggest being the trade war between the US and China.

In the US – EU trade war, the US has slapped 25% tariffs on European Union goods including single-malt Scotch whisky, French wine and Italian cheese.

The list exempts some products, such as Italian wine, but also includes sweaters made in the the UK.

Tariffs will be slapped on British pullovers, cashmere items and wool clothing, as well as olives from France, Germany and Spain.

German coffee and EU-produced pork sausage and other pork products, other than ham, will also be hit, with the new 25% tariffs will take effect as early as 18 October.

Italian agricultural lobby group Coldiretti said sales of both Parmigiano Reggiano and Grana Padano, aged cheeses defined by their territory of origin, have skyrocketed by 220% since the higher tariffs were announced one week ago.

Nicola Bertinelli, president of the Parmigiano Reggiano cheese consortium, says the tariffs threaten the economic health of 330 small producers in the area around Parma.