He said Mr Trump was a “tin-pot dictator” and that Republicans were “worse than the old Communist Party”. 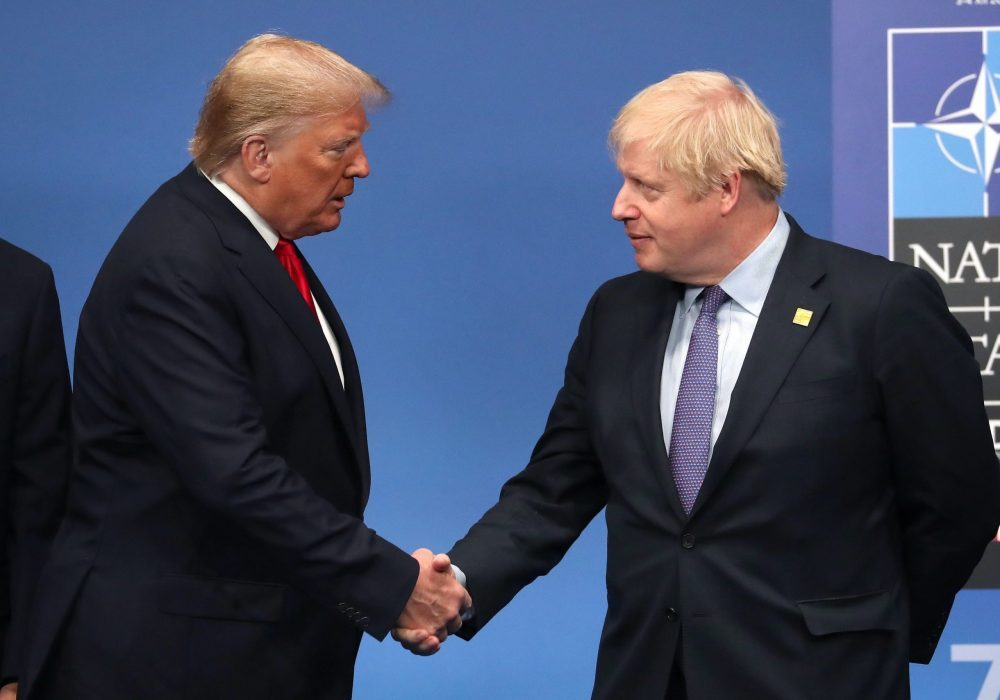 Noam Chomsky has escalated his criticism of Donald Trump as “undeniably” the worst criminal in history. Chomsky has been a very vocal critic of the US President.

In Chomsky’s latest comments on Trump, he told the  Jacobin magazine that Mr Trump was a “tin-pot dictator” and that Republicans were “worse than the old Communist Party”.

“This sounds strong, but it’s true: Trump is the worst criminal in history, undeniably. There has never been a figure in political history who was so passionately dedicated to destroying the projects for organised human life on earth in the near future,” he said.

Chomsky said the world would emerge from the pandemic at a terrible cost, but would not emerge from Mr Trump’s crime of climate change.

He added: “The cost is greatly amplified by the gangster in the White House, who has killed tens of thousands of Americans, making this the worst place in the world [for the coronavirus].

US president Donald Trump drew something closer to the jam-packed audience of political supporters he has been craving as he urged hundreds of young conservatives in Arizona to get behind his re-election effort.

The Students For Trump gathering at a crowded Dream City Church in Phoenix offered a starkly different feel compared to Mr Trump’s weekend rally in Tulsa, Oklahoma – his first of the coronavirus era – which drew a sparse turnout.

In Phoenix, Mr Trump hailed “patriotic young Americans who stand up tall for America and refuse to kneel to the radical left”.

He said: “You are the courageous warriors standing in the way of what they want to do and their goals.

The US leader was looking to regain campaign momentum after Tulsa, which was supposed to be a sign of America’s reopening and a show of political force.

Instead, it generated thousands of empty seats and led to questions about the president’s campaign leadership and his case for another four years in office.

The low turnout sharpened the focus on Mr Trump’s visit to Arizona, which doubles as both a 2020 battleground state and a surging coronavirus hotspot.

With the Phoenix event, which was organised by Turning Point Action, a group chaired by Trump ally Charlie Kirk, the president hoped to turn attention away from his slumping poll numbers, surging coronavirus infections in huge swathes of the US south and west, and a virus-ravaged economy.

As he did in Oklahoma over the weekend, Mr Trump referred to the virus as “kung flu”, a pejorative term which Asian-Americans and many other people say is racist.

Mr Trump seemed to revel in the energy of a packed venue. He also offered his supporters a dark warning.

“This will be in my opinion the most corrupt election in the history of our country,” he said. “And we cannot let this happen.”

Mr Trump has in recent days stepped up claims that expanded postal voting will lead to electoral fraud.

Throughout his trip to Arizona, which included a visit to the US-Mexico border, the Covid-19 pandemic shadowed Mr Trump.

Democratic mayor of Phoenix Kate Gallego made it clear she did not believe Mr Trump’s speech could be safely held in her city – and urged the president to wear a face mask.

However, Mr Trump has adamantly refused to wear a mask in public, instead turning it into a red-vs-blue cultural issue.

Related – Watch – Donald Trump’s walk of shame to ‘Everybody hurts’