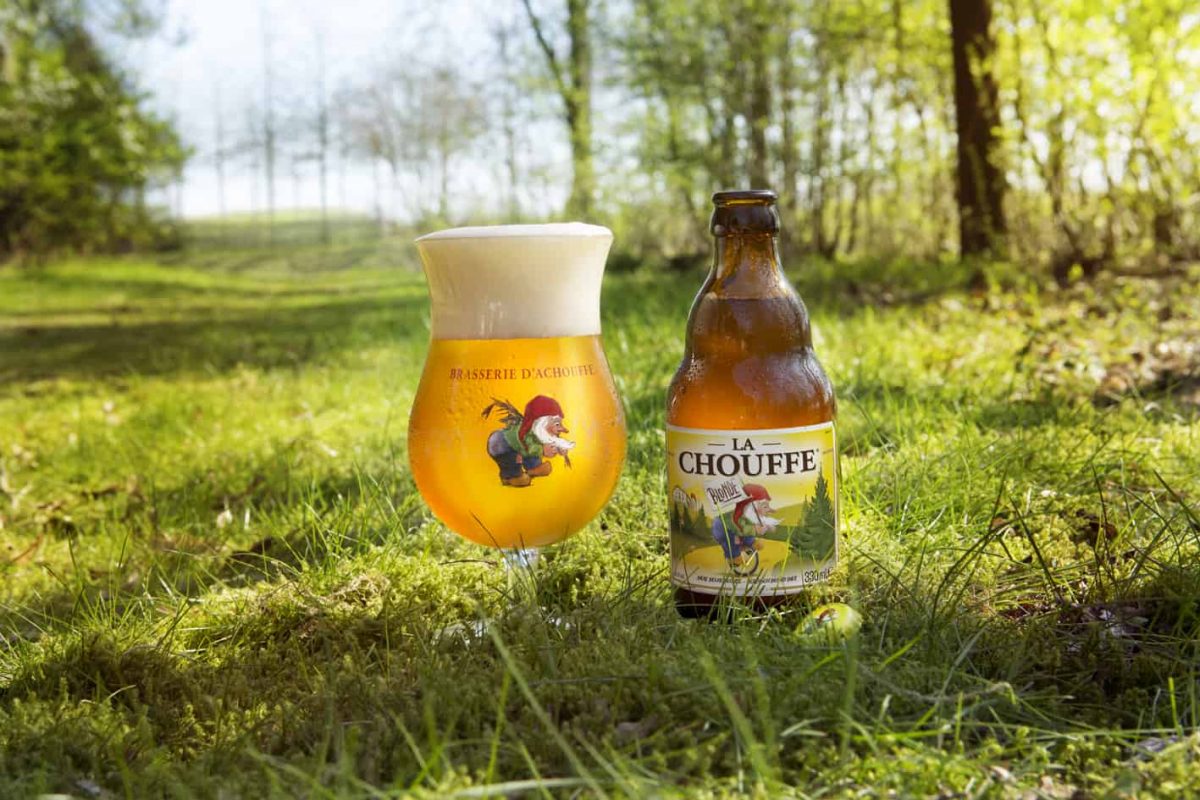 Named after the Chouffe gnomes rumoured to live in the Ardennes mountains, Brasserie d’Achouffe was acquired by Duvel Moortgat in 2006. Founded by brothers-in-law Pierre Gobron and Christian Bauweraerts in 1982, the brewery produces four core beers, the most famous of which – La Chouffe – accounts for 80 percent of the brewery’s output. The beer is named for the magical gnomes that ran their own brewery in the hills for many years, according to popular Belgian legend. Those same gnomes are said to have come down from the hills to visit the Brasserie d’Achouffe founders, sharing one of their secret recipes. The tale is also reflected throughout the branding, featuring a noticeable gnome with a bright red hat and white beard, riding a unicycle – because why not?

With a quintessentially Belgian character, La Chouffe is a strong blonde beer. Brewed with 100 percent natural ingredients, the beer features Saaz and Styrian Golding hops, Pale Barley malt, and a whisper of coriander, more typically used in the production of white beers. The beer is unfiltered, re-fermented in the bottle and in the barrel. After the main fermentation and maturation, the re-fermentation is encouraged by the addition of sugar and yeast, just before bottling at 8 percent alcohol by volume.

On pour, the beer is capped with a foaming white head. On the nose, fruity esters of peach, apricot and lemon are joined by some coriander, feint soapiness, some spice and floral aromas. Lemon and coriander continue on the palate alongside a suggestion of banana bread, pear, white grape and clove, plus some herbal savours, bread, and a light hop bitterness that lingers on the long, refreshing finish. An exceptionally well-balanced beer, best paired with various foods (like Duvel) – specifically bold, spicy dishes such as cheeses, spicy curries, and cassoulet.