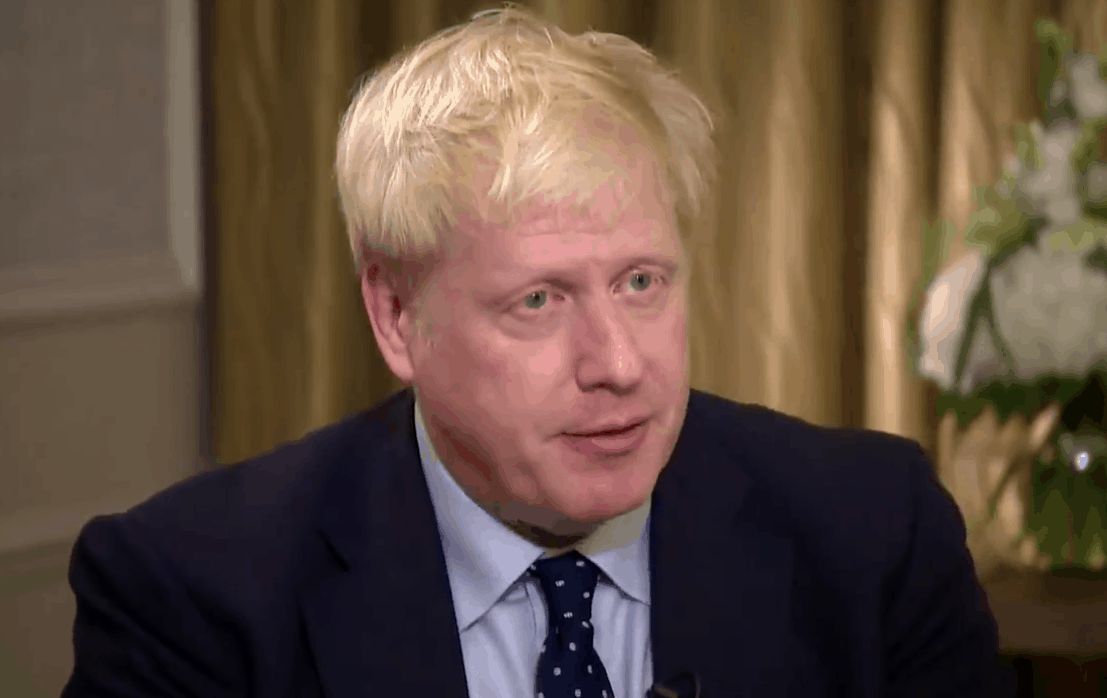 Boris Johnson refused again to apologise for saying that millions had been “spaffed up the wall” by the Independent Inquiry Into Child Sex Abuse set up by his predecessor Theresa May.

Tackled on his comments which had offended many abuse survivors on the second day of the Conservative Party conference, Johnson refused to apologise.

But ITV News reporter Joe Pike pressed the PM on his choice of words.

But the Prime Minister’s bizarre response when confronted with his own words was: “These are your definitions. You’ve chosen to use this language. I wasn’t referring in that context to investigations taking place in Rotherham”.

Joe Pike had to remind Boris Johnson: “You used the word in a radio studio. On video.”

Lawyer David Greenwood who represents most Rotherham abuse survivors and many of those who have testified to the inquiry, said the PM’s remarks “set back the progress” that has been made. He said Johnson’s choice of words showed his “juvenile thinking.”

“I think it is very important that funding is spent on frontline policing,” the PM had said, again insisting that some parts of the inquiry which investigated unfounded claims were not a “good use of public money.”

The Independent Inquiry into Child Sexual Abuse was set up by Theresa May in 2014 following Jimmy Saville revelations and other scandals revealing how victims of child abuse were let down by the authorities charged with protecting them.

The Inquiry has been examining the extent to which institutions and organisations have failed to protect children in England and Wales from sexual abuse.

Last week David Greenwood and others spoke to The London Economic after it published the findings of its investigation into Accountability and Reparations for child sexual abuse survivors.

The PM was also challenged over Jo Swinson’s claim that he has an “empathy bypass” and finds it difficult to say sorry.

Johnson replied: “I’m very happy to apologise for things I’ve got wrong. And I famously… I’ve apologised for many things in my life.”

Johnson also refused to apologise for comments he had made about murdered MP Jo Cox in the House of Commons last week which had outraged MPs and bereaved family.

He insisted that he had been in touch with Jo Cox’s family to “clear it up.” Yet according to interviewer Joe Pike this evening Jo Cox’s family denied that the PM had contacted them personally, which, even for Boris Johnson, is a shocking lie to be caught out on.

Jo Cox’s sister: politics has got “progressively worse” since her killing