The wife of Boris Johnson’s chief of staff has issued a statement denying being the second woman whose thigh the Prime Minister allegedly squeezed at a Spectator lunch.

The wife of Downing Street adviser Dominic Cummings, Mary Wakefield, has reacted to rumours that she was the second woman allegedly groped by Boris Johnson at a 1999 lunch while he was editor of The Spectator.

Journalist Mary Wakefield went on to become the Deputy Editor of the conservative political magazine The Spectator and today denied rumours that she was the second young journalist allegedly groped by Boris Johnson who in 1999 would have recently become editor of The Spectator.

Mary Wakefield, daughter of Sir Humphry Wakefield, of Chillingham Castle in Northumberland, in 2011 married Dominic Cummings, the controversial political strategist who went on to become the campaign director for Vote Leave before joining Boris Johnson’s staff when he became Prime Minister this year.

Ms Wakefield said: “I am not the woman referred to in Charlotte Edwardes’s column.

“Boris was a good boss and nothing like this ever happened to me. Nor has Charlotte, who I like and admire, ever discussed the incident with me.”

The statement was tweeted by Spectator political editor James Forsyth.

PM: accusations will not overshadow the Tory party conference

Asked if he had carried out the physical sexual harassment described by Charlotte Edwardses, Johnson told reporters during a visit to a business in Manchester: “No, and I think what the public want to hear is about what we are doing to level up and unite the country.”

Asked if she had made it up he said: “I’m just saying what I’ve said. What the public want to hear is what we are doing for them and for the country and the investment in ways of uniting the country.”

The Prime Minister, who was visiting a cash and carry business in Manchester, denied that the rows over his alleged conduct were overshadowing the conference – “not at all”, he said – and hinted that the storm could be linked to opponents of Brexit.

“I think what the public want to hear is what we are doing to bring the country together and get on with improving their lives,” he said.

“I think I would make one general comment. I think there is a lot of people who basically want to stop us delivering Brexit on October 31.

“I think that that is the best thing for the country because it’s been going on a long time now, this row over Brexit.”

As the Conservative Party Conference 2019 struggled to make headlines for the right reasons, Cabinet ministers rallied around the Prime Minister after senior Conservatives – including a member of Mr Johnson’s Cabinet – said Ms Edwardes was trustworthy.

The Health Secretary refused to comment further on Monday.

“I haven’t got anything more to say on this,” he told the PA news agency as he was ushered away from a conference fringe event by aides. 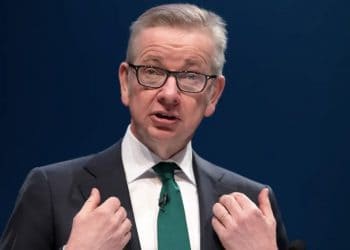