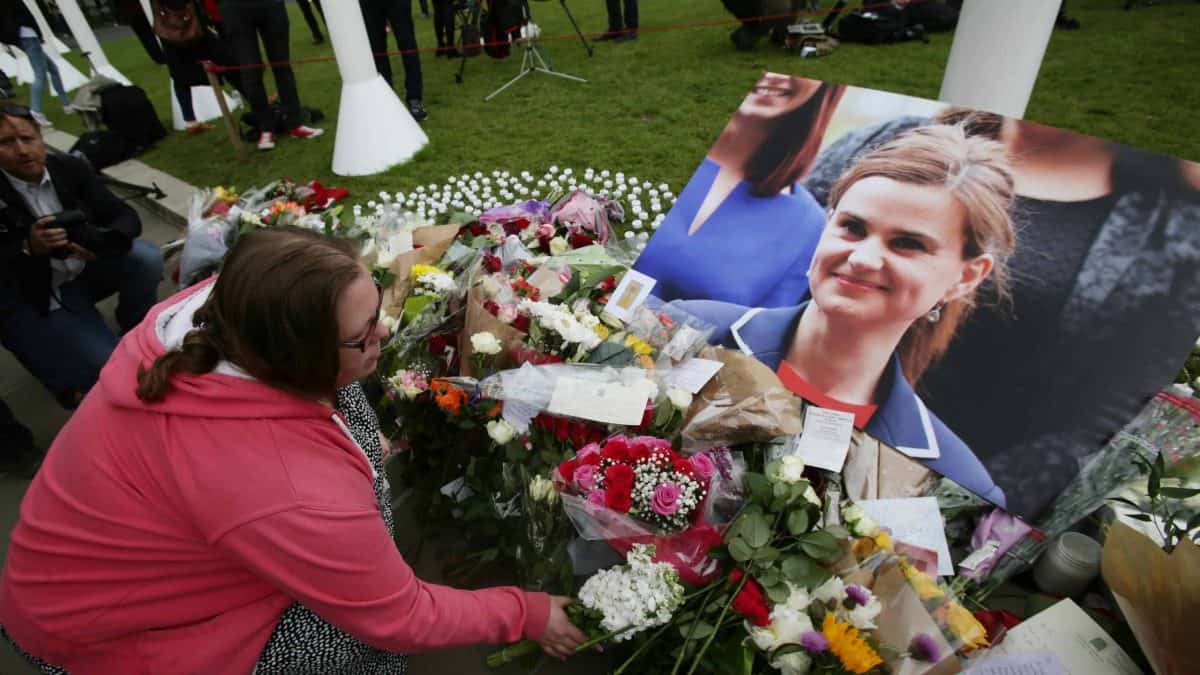 Jo Cox’s sister Kim Leadbeater has said politics has got “progressively worse” since the MP was murdered in 2016.

Mrs Cox, the Labour MP for Batley and Spen, was fatally shot and stabbed by far-right extremist Thomas Mair, 52, on 16 June, 2016.

The Prime Minister’s remark on Wednesday came after several MPs drew upon the memory of Mrs Cox when urging him to curb his “violent” and “dangerous” language.

Mrs Cox, 41, was a staunch Remain supporter when she was murdered just days before the Brexit referendum.

In June, Mr Cox had marked the third anniversary of her murder with a tribute which warned she would be “shocked” by the divisions that have opened in British society.

He remembered his wife’s “vitality, love and empathy” but said “hate still spews forth”.

At the time, Mrs Cox’s sister, Kim Leadbeater, also said politics had “got progressively worse” since the killing.

Ms Leadbeater told Sky’s Sophy Ridge: “I think unfortunately things were pretty bad in 2016 when Jo was killed but I think it’s probably fair to say that they have got progressively worse.

“There was a short period of time when politicians and other people said we have to do things differently in the aftermath of Jo’s murder but I think it’s fair to say that since that time things have just got progressively worse.”

Think before you speak

In July, Mrs Cox’s parents urged politicians to think before they spoke in a way that could divide the country further.

Gordon Leadbeater said: “After Jo’s murder a lot of people spoke the right words about it was time to heal some of the divisions in the community.

“Sadly I don’t think we’ve seen a lot of progress and there are one or two individuals in all areas of the spectrum who seem to be making things worse.

“No one disagrees with what Jo stood for – more in common, treating one another with respect.

“We look at her more in common plaque in Parliament and sometimes wish these individuals would turn around and look at that before they open their mouths.”

Mr Johnson was criticised on Wednesday by Liberal Democrats leader Jo Swinson, who called his words “sickening”, and Labour leader Jeremy Corbyn, who called them “shocking”.