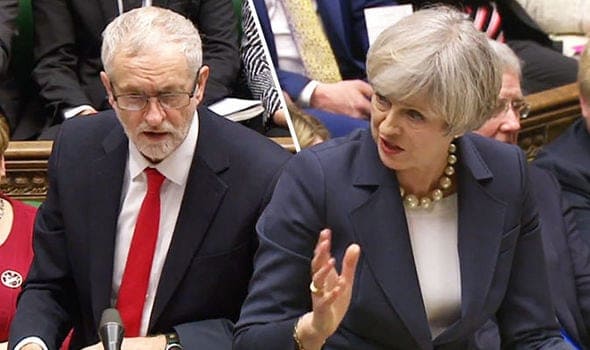 “Why are the Government singling out the charter of fundamental rights to be the only piece of EU legislation that they wish to repeal?” Asked Conservative MP Kenneth Clarke this week.

“I have yet to hear an example from anybody of a case where the charter of fundamental rights has been invoked in a way that anybody in this House would wish to reverse. We have not been given an example of an area of law that we have been taken into despite the bitter opposition of either the Government or this House. The advances that have been made, in some cases invoking the charter, seem to me perfectly worth while.”

But the pro-remain MP’s impassioned plea was in vain as his party voted by a 317 to 299 majority against an amendment backed by the Labour party to preserve the EU’s Fundamental Charter of Human Rights in British law after Brexit. – A Charter which contains protections such as freedom of speech, employment rights and the right to a private life.

The DUP voted with the Government as did Labour rebels Kate Hoey and Graham Springer.

But the rest of the Labour Party and other parties were united in calling for our rights enshrined in the Fundamental Charter of Human Rights to be kept in UK law post-Brexit. And Labour Leader Jeremy Corbyn has vowed to vote against the EU Withdrawal Bill if it threatens our rights or democratic accountability.

The Conservatives insisted that the protections enshrined in the Charter or either part of British law already or will be incorporated through other EU directives. Yet already Michael Gove is among the staunch Brexiters wanting Britain to scrap the EU working time directive which stops staff in most jobs from working more than 48 hours a week on average.

But cross party MEP’s, human rights watchdogs such as Amnesty and Liberty and legal experts had warned that certain rights would inevitably be eroded by abandoning the Charter of Fundamental Human Rights.

According to independent Human Rights watchdog the EHRC enshrined rights we lose with the Charter which do not have direct equivalents in UK human rights law include a freestanding right to non-discrimination, protection of a child’s best interests and the right to human dignity.

In an open letter by 20 human rights bodies and legal experts, Brexit Minister David Davis was warned: “The charter protects rights important to all of us: including rights to dignity, protection of personal data and health; and protections for workers, women, children, and older people, LGBTI and disabled people.”

“The government maintains that the charter will cease to be part of UK law when Britain leaves the EU but insists that rights will not be weakened following Brexit. However, the signatories claim that independent legal advice shows this to be wrong.

“Furthermore, by keeping the wide and complex body of EU law while throwing away the charter, which is the code to unlock it, the government risks creating confusion, jamming itself in a mountain of legal cases.”

Labour leader Jeremy Corbyn though ruling out another referendum on how the UK leaves the EU, has insisted that he would encourage his party to vote against the EU Withdrawal Bill if the rights of workers, the environment, and democracy are threatened.

“If our tests are not met by the government, we will vote against the bill,” he told ITV’s Peston on Sunday.

Corbyn on Sunday insisted that he doubted the UK could stay in the Single Market and Customs Union if leaving the EU but warned: “We’ve set down our lines on that which are about democratic accountability, protection of workers and environment and consumer rights, human rights across Europe.”

According to EU Withdrawal Bill as it now stands, “the Charter of Fundamental Rights is not part of domestic law on or after exit day.”

Though this now faces challenges in the House Of Lords.

Though he voted with the Government, Grieve warned: without even coming up with a plan for the future about possibly adding a bill of rights clause or rights clauses to the Human Rights Act, we’re sending out a really very strange message about our attitude on this side of the House to matters which I believe many people in this country now see as being rights of a fundamental character, particularly on issues like LGBT and things of that sort.”