Breaking: Labour MP Lisa Nandy just revealed in parliament the embarrassing inconsistencies between Prime Minister Theresa May and Home Secretary Amber Rudd over documents being hidden from the inquiry into allegations of child abuse by MP Cyril Smith. “The Home Secretary told me that some papers would be withheld from the Cyrill Smith inquiry for […]

Labour MP Lisa Nandy just revealed in parliament the embarrassing inconsistencies between Prime Minister Theresa May and Home Secretary Amber Rudd over documents being hidden from the inquiry into allegations of child abuse by MP Cyril Smith.

“The Home Secretary told me that some papers would be withheld from the Cyrill Smith inquiry for national security reasons,” Nandy told the House of Commons, yet she added: “this week the Prime Minister has written to me to say we are clear that the work of the security services will not prevent information being shared with other such inquiries.”

– And she challenged Amber Rudd to confirm “for the survivors of Cyril Smith who have waited for decades” for justice – whether papers on historic allegations of child abuse against Smith will be withheld from inquiries for reasons of national security.

Cyril Smith was a Liberal MP for Rochdale in the 1970’s after Liberal Party leader Jeremy Thorpe – who later resigned amid sexual scandal – insisted the local party have Smith as a candidate even though police had investigated serious allegations of sexual abuse of young boys in care homes in Rochdale where he had been Mayor.

The police investigation was dropped in 1970. Smith died in 2010 and two years later the Crown Prosecution Service admitted that he would have faced prosecution for allegations of child abuse where he still alive with allegations that had surfaced since.

The Independent Inquiry into Child Sexual Abuse last month heard how Smith was a governor at several schools in Rochdale, including Knowl View, where one abuse survivor attended as a boy when Smith was governor. He gave horrific testimony of a rape by Smith. 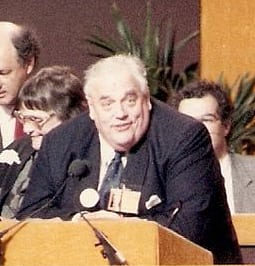 The inquiry is investigating historic abuse in Rochdale schools and care homes and heard how police had warned that Smith had “used his unique position to indulge in a sordid series of indecent episodes with young boys towards whom he had a special responsibility.”

The inquiry was provided evidence by MI5 that the security service had been aware at the time that the Director of Public Prosecutions had lied to journalists about not charging the MP, saying a case hadn’t been referred to them.  MI5 appear to have not pursued this serious allegation as their role was “to defend the realm”, the inquiry heard.

A police report into Smith when he stood for election in 1970 read: “he has used his unique position to indulge in a sordid series of indecent episodes with young boys towards whom he had a special responsibility.”

The inquiry also heard that Prime Minister Margaret Thatcher would have been likely to be aware of the allegations against Cyril Smith when she awarded him a knighthood in 1988.

Lead counsel Brian Altman QC told the inquiry: “It is important to bear in mind the extent to which Cyril Smith continued to involve himself in serious issues related to the welfare of children. A knighthood would only have reinforced Smith’s veneer of respectability and power.”