By Tara Carey Today, the High Court is considering a case challenging the criminalisation and continued punishment of prostituted women, brought forward by several women who were pimped into prostitution as teenagers. If successful, the case will bring an end to the shameful practice of labelling and punishing victims of abuse and exploitation for something […]

by Guest Contributor
in Must Reads, News 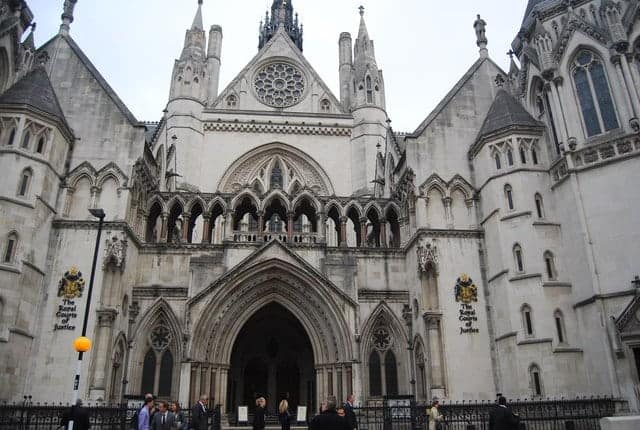 FacebookTwitterLinkedinEmailWhatsapp
By Tara Carey
Today, the High Court is considering a case challenging the criminalisation and continued punishment of prostituted women, brought forward by several women who were pimped into prostitution as teenagers. If successful, the case will bring an end to the shameful practice of labelling and punishing victims of abuse and exploitation for something that was in a large part done to them.

The effect of prostitution-specific records on women regarding jobs, housing and family life is excessively disproportionate and damaging.

Because prostitution records are often assumed to constitute “sexual offences”, women holding these records are typically barred from any jobs requiring enhanced DBS (Disclosure and Barring Service) checks, which were introduced to help employers make safer recruitment decisions by identifying candidates who may be unsuitable for certain work with vulnerable groups – the majority of which are jobs disproportionately dominated by women, such as work with children or elderly.

Most shockingly, women and girls who are bought, sold, coerced, controlled and exploited are then subjected to years of stigma, blame and marginalisation by these criminal records. Meanwhile, the men who bought, sold and used these women and girls rarely face any consequences, despite being the perpetrators.

Grooming a minor for the purposes of prostitution falls squarely within the definition of human trafficking, and The Modern Slavery Act 2015 provides a statutory defence to victims, which makes clear that a victim of trafficking who has been compelled to commit an offence as a consequence of trafficking should not be criminalised.

In the case of criminal records for prostitution offences, the very abuse committed against victims of sexual exploitation is the same “crime” for which the victims are punished.

Samantha Ferrell-Schweppenstedde from international women’s rights organisation Equality Now says: “This legal ruling is so important because many women enter prostitution as a survival strategy or as a result of abuse and exploitation rather than a choice freely made. As such, it is inappropriate that they should be criminalised and punished rather than supported.”

“We need to prioritise recognising and tackling the social and economic factors that make women and girls vulnerable to sex trafficking and prostitution prior to entering the sex trade, as well as the need to mandate and resource support for women and girls in prostitution or seeking to exit.”

Claimant Fiona Broadfoot explained to The Independent, “After more than twenty years out of prostitution, I am still having to explain my criminal record to any prospective employer. It feels like explaining my history of abuse.”

Women’s prostitution-specific criminal records should be wiped or sealed and not subject to disclosure, and women should not be criminalised for prostitution. It’s the pimps, traffickers and the buyers who cause the harm and should be the focus of criminal law.

The hearing will continue tomorrow.

“It is therefore encouraging to note that the interim recommendations of the Select Committee Inquiry have at least recommended that women should not be criminalised for their involvement and their records should not be disclosed.

“Confusion, contradiction and lack of transparency in practice will reign as long as the government fails to define its aims on prostitution and for people both involved in and affected by it. As long as we avoid talking about prostitution, taking a stance on the issue and recognising and prioritising the needs of the women involved, there will also be, on the most practical and important level, a gap in funding and expertise to support women to exit and build a new life.”

The report quoted one woman who made clear: “Most women in prostitution aren’t there because they want to be for a start, they are there because they need to be for like financial reasons, drug or alcohol, or someone’s making them do it… I just feel like, once again we are being punished again…”

For more information about the case: http://centreforwomensjustice.org.uk/events-page/prostitution-convictions-judicial-review-hearing/

There is also an EDM tabled in parliament. If you want to contact your MP with your thoughts on it – it is EDM 792.