“For too long this conversation has been delayed. Child food poverty in the UK is not a result of Covid-19. We must act with urgency to stabilise the households of our vulnerable children." 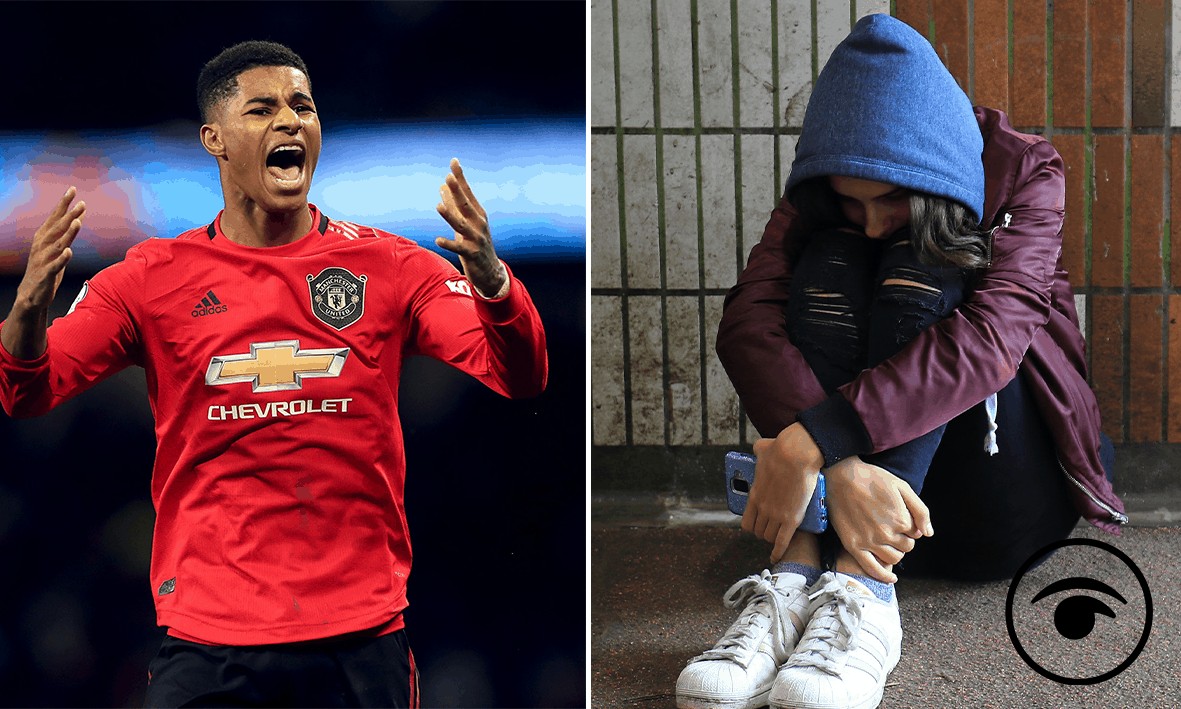 England performed poorly on the pitch last night as they lost to Denmark in the Nations League, but striker Marcus Rashford is firing today.

He has launched a petition urging the Government to act now to end child poverty.

The Manchester United and England striker is pressing ministers to go further in tackling child hunger.

The parliamentary petition is calling for three policy recommendations by the National Food Strategy to be made without delay – including expanding free school meals to all households on Universal Credit.

“For too long this conversation has been delayed. Child food poverty in the UK is not a result of Covid-19. We must act with urgency to stabilise the households of our vulnerable children,” Rashford said.

It comes after the England footballer forced a Government U-turn on free school meal vouchers for eligible pupils over the summer holidays.

Since then, Rashford has formed a child food poverty task force which has linked up with some of the UK’s biggest supermarkets and food brands.

Rashford, who has just been made an MBE for his services to vulnerable children, said: “Right now, a generation who have already been penalised during this pandemic with lack of access to educational resources are now back in school struggling to concentrate due to worry and the sound of their rumbling stomachs.

“Whatever your feeling, opinion, or judgment, food poverty is never the child’s fault. Let’s protect our young. Let’s wrap arms around each other and stand together to say that this is unacceptable, that we are united in protecting our children.”

The campaign comes as charity Food Foundation has released data which suggests nearly a fifth (18%) of eight to 17-year-olds reported experiences of food insecurity over the summer holidays.

The other two demands in the petition include expanding school holiday food and activities programmes to more families and increasing the value of Healthy Start vouchers to £4.25 per week (from £3.10).

The Food Foundation survey, of more than 1,000 children, found 6% were worried about going hungry during the October half-term, and 11%  said either they or their families had visited a foodbank in the summer break.

Anna Taylor, executive director of Food Foundation, said: “School holidays are a financial pressure point which many families just can’t afford at the moment. Hunger does not take a holiday.

“The Government needs to put in place a permanent solution to school holiday hunger and implement the recommendations in the National Food Strategy.

“While children have been spared the virus, they have not been spared it’s economic impacts and we must act to protect them.”

A Government spokeswoman said: “We have taken substantial action to make sure children and their families do not go hungry, extending free school meals support to those eligible when schools were closed, extending our welfare support by £9.3 billion, funding councils to provide emergency assistance to families with food, essentials and meals through allocating £63 million to councils who are distributing it to those in need.

“We know it has been a challenging time for families which is why we have increased the safety net available to them with income protection schemes, mortgage holidays and support for renters.

“We have also supported thousands of young people through our summer Holiday Activities and Food programme and extended our Breakfast Clubs programme to run over the summer.”