It seems this new policy announcement won't make it past the virtual conference speech. 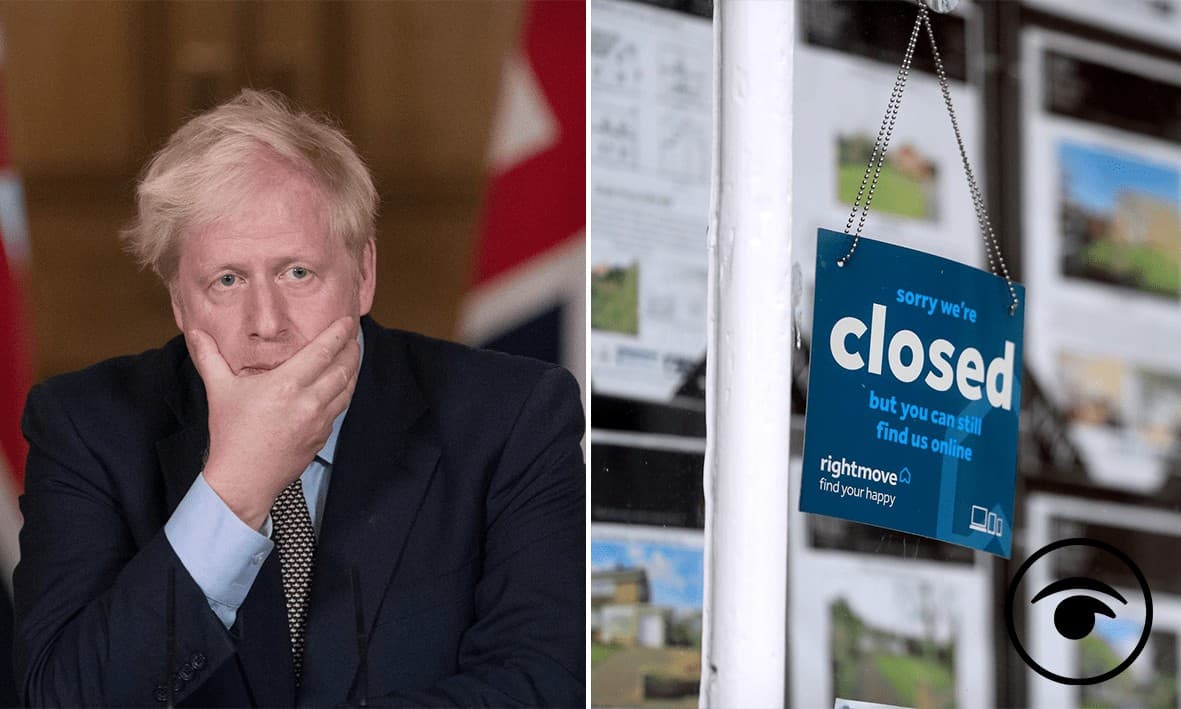 This week Boris Johnson pledged to turn “generation rent into generation buy” with long-term, fixed-rate mortgages of up to 95% of the value of a home for first-time buyers.

The Prime Minister, in a speech to the Conservative Party’s online conference, said he wanted to “fix our broken housing market” and help young people onto the housing ladder.

With his chest pumped Johnson told the conference : “We need now to take forward one of the key proposals of our manifesto of 2019: giving young, first-time buyers the chance to take out a long-term, fixed-rate mortgage of up to 95% of the value of the home – vastly reducing the size of the deposit.

“And giving the chance of home ownership, and all the joy and the pride that goes with it, to millions who currently feel excluded.

“We believe that this policy could create two million more owner-occupiers, the biggest expansion of home ownership since the 1980s.

A Number 10 spokesman was unable to provide further details on the mortgage policy.

However, the FT reports that lenders are not as enthusiastic as the PM about the idea, with concerns that a failing economy and rising unemployment could lead to home owners struggling to pay substantial monthly costs to keep a roof above their heads. Memories of 90s home repossessions due to a fall in prices in still fixed in the mind of lenders.

“We don’t want to be part of the problem for the future,” said a senior executive at one high-street lender told the publication. “People won’t thank us in 12 months’ time if they are saddled with unsustainable debt on their homes.”

If the Government pushed the banks to do this then it would need substantial state support to guarantee the loans.

Tens of billions in guarantees is a plausible figure.

Average UK house prices hit a new high of £238,000 in July, according to official figures.

The Office for National Statistics (ONS) said property values increased by 2.3% over the year to July, down from 2.9% in June.

The West Midlands (4.3%) was the English region with the highest annual growth, while the South East (1.0%) had the lowest.

The average house price in London increased by 1.3%.

Jamie Durham, an economist at PwC, said: “Looking forward, pent-up demand and the stamp duty holiday may continue to help support demand over the coming months.

“However, as the furlough scheme is replaced by the Job Support Scheme and businesses start to adjust to a new longer-term dynamic, unemployment may creep up, limiting demand and weighing on the housing market.

“New PwC data shows that 20% of people say they are now less likely to purchase a home over the next couple of years compared to before the national lockdown in March 2020.

“With so much uncertainty around how the pandemic will evolve, predicting house prices is challenging. However, assuming there is a relatively limited second peak in Covid-19 cases, with no nationwide lockdown, house prices could grow nationally by around 1% in 2021.

“If further measures are introduced to control the spread of the virus, house prices could fall in 2021.”