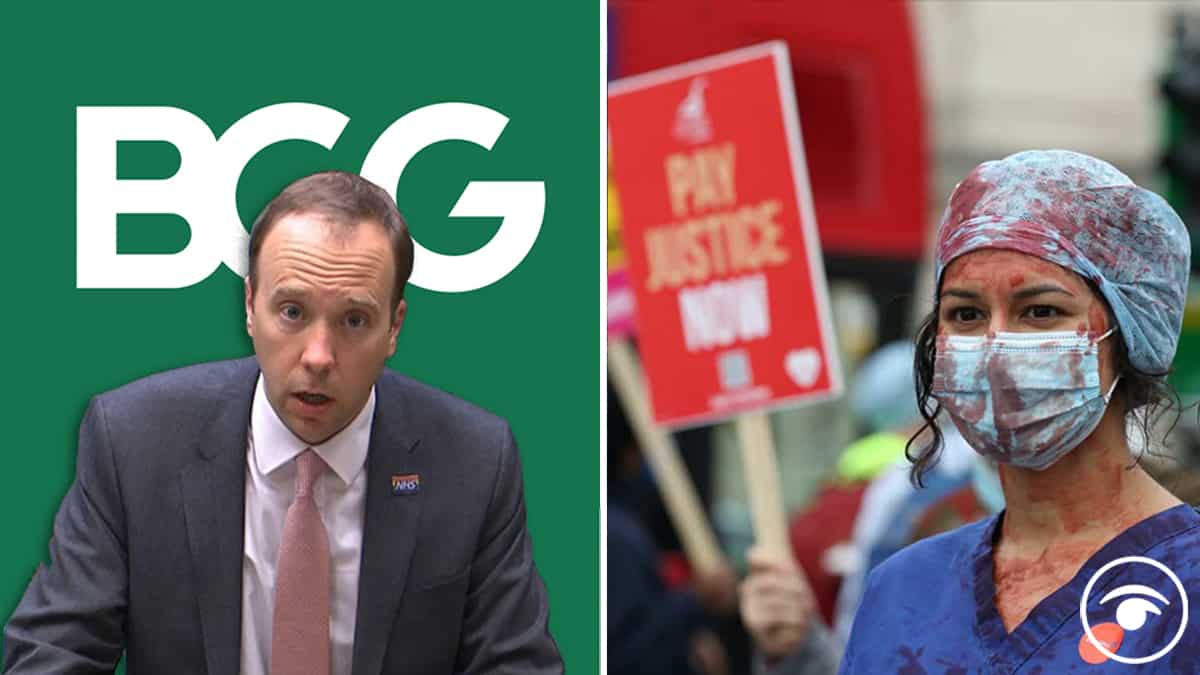 Lucrative track and trace contracts handed out to the private sector consultants outstrip the average nurses salary by more than 500 per cent, it has been revealed.

The broadcaster said the Department of Health and Social Care (DHSC) received a 10 to 15 per cent discount from BCG, whose day rates for public sector work range from £2,400 to £7,360 for the most senior consultants.

Assuming that the average consultant’s daily rate is £4,148 with the maximum discount applied, it shows that the contractors are out-earning nurses by 50 times.

That gives them a take-home pay of £80.90 per day, well below what the bigwigs at BCG are earning.

£7,360 A DAY for track and trace consultants who can’t track or trace.