The glacier - which is the size of Britain - is blocking many other huge glaciers in Antarctica which are also deteriorating as the Southern Ocean warms. Scientists think that if Thwaites collapses, so will the whole ice sheet. 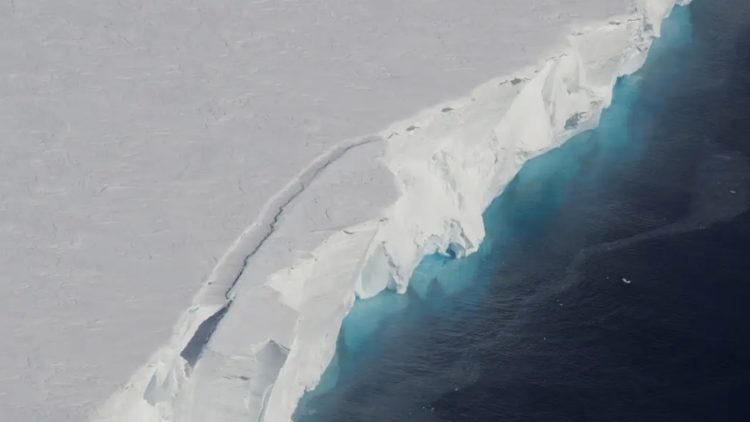 Ice scientists are alarmed after the “doomsday” glacier, which is around the size of the Great Britain, is melting faster than 30 years ago and showing cracks.

Thwaites, a West Antarctic ice sheet in the Antarctic peninsula, could cause a half-metre rise in global sea levels, experts have warned.

The threat comes after researchers also discovered big fissures on top and underneath the West Antarctic ice sheet, prompting fears that it could collapse in less than five years.

Thwaites already contributes to four per cent of worldwide global sea level rises, and satellite studies show its melting is happening faster than in the 1990s.

The glacier is blocking many other huge glaciers in Antarctica which are also deteriorating as the Southern Ocean warms, and scientists think that if Thwaites collapses, so will the whole ice sheet, causing several metres of sea level rises.

Currently, sea levels are rising fast, and even a part of Thwaites disappearing could increase the severity of storm surges, according to The Guardian.

If all of West Antarctica’s glaciers ever collapse, all coastal cities in the world would be flooded, leading to the loss of lives, livelihoods and hard-hit economies, according to the newspaper.

Although scientists believe massive glaciers such as Thwaites shouldn’t collapse until after centuries of global heating, the loss of sea ice in the Arctic and of Larsen B 20 years ago raised concerns that a much quicker disaster could unfold.

Larsen B, which was believed to weigh around 500 billion tonnes and be 3,250-sq-km in length, surprised everyone when it broke off the Antarctic continent and into thousands of icebergs in only one month.

Earlier this year, the United Nations warned humans’ harmful impact on the planet is already “locked in” for decades but the climate crisis could get much worse.

Guterres called for government leaders and all stakeholders to come together to avoid a “climate catastrophe” – and stressed there is “no time for delay and no room for excuses”.