The European Commission will also take steps to protect European soils through measures prevented by the UK when it was part of the bloc. 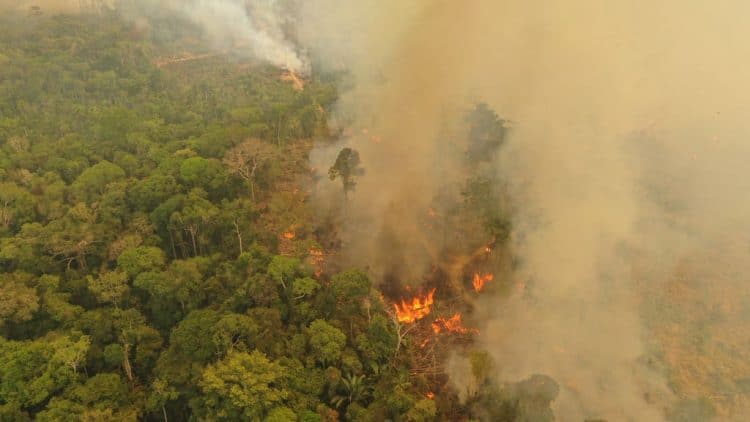 The EU has proposed new bans aimed to curb deforestation as a rapid response to Cop26, and is planning to protect European soils through measures prevented by the UK when it was part of the bloc.

Beef, coffee, cocoa, palm oil and soy would not be allowed to enter the EU under the new proposals, in order to protect the world’s forests. The draft law will also include derived products such as leather, chocolate and furniture.

The EU move comes only two weeks after world leaders met at the Cop26 climate conference in Glasgow and signed an agreement to put a stop to deforestation.

Yesterday, the European Commission outlined a draft law under which firms would have to prove that agricultural products for the EU’s 450 million consumers did not cause deforestation, The Guardian has reported.

The EU previously took action against illegal deforestation, but the new plans to monitor land through satellites are particularly important in cases like Brazil’s, a country that allows deforestation.

“What we propose is a pioneering initiative,” Virginijus Sinkevičius, the EU environment commissioner, told the newspaper.

He added: “EU action alone will not solve the problem. We also need major markets like the US and China to clean up their supply chain and we need producers to step up protection of the forests, but we stand ready to help.”

The Commission will also try to bring back proposals to protect EU soils by law, as 70 per cent of them are considered unhealthy because of farming, pollution and urban sprawl.

The bloc aims to reverse the situation by 2050, after over 10 years ago big EU states including the UK prevented a soil protection law – but Sinkevičius said Brexit “doesn’t make much difference” as other countries which previously opposed the plans are now backing action.

The EU is also urging its nations to set goals to avoid development on agricultural land and the natural environment and stick to areas already built on and plastered with tarmac.

Meanwhile, last month it emerged that the UK government tells its trade negotiators to not let environmental concerns get in the way of post-Brexit deals.

A leaked document signed by the Department for International Trade, suggests the UK shouldn’t refuse a deal if other countries do not mention environmental safeguards in agreements.

Earlier this year, the Tory government also came under fire for its plans to build housing.

Dan Starr, co-founder of Residents for Uttlesford, a party focused on localism, said his party managed to beat the Tories in their own stronghold because Conservative voters felt left behind and ignored.

“Without doubt, one of the biggest things was a big push by the national government to dump millions of houses in the shires without the infrastructure, and people didn’t like that, they didn’t like the fact that people in Westminster were saying, ‘you are going to have to take 10,000 houses in your little village, and we are gonna build them on your cricket green,” he said.