The news from Cyprus come as a huge fire erupted on the surface of the ocean last week to the west of Mexico’s Yucatan peninsula. 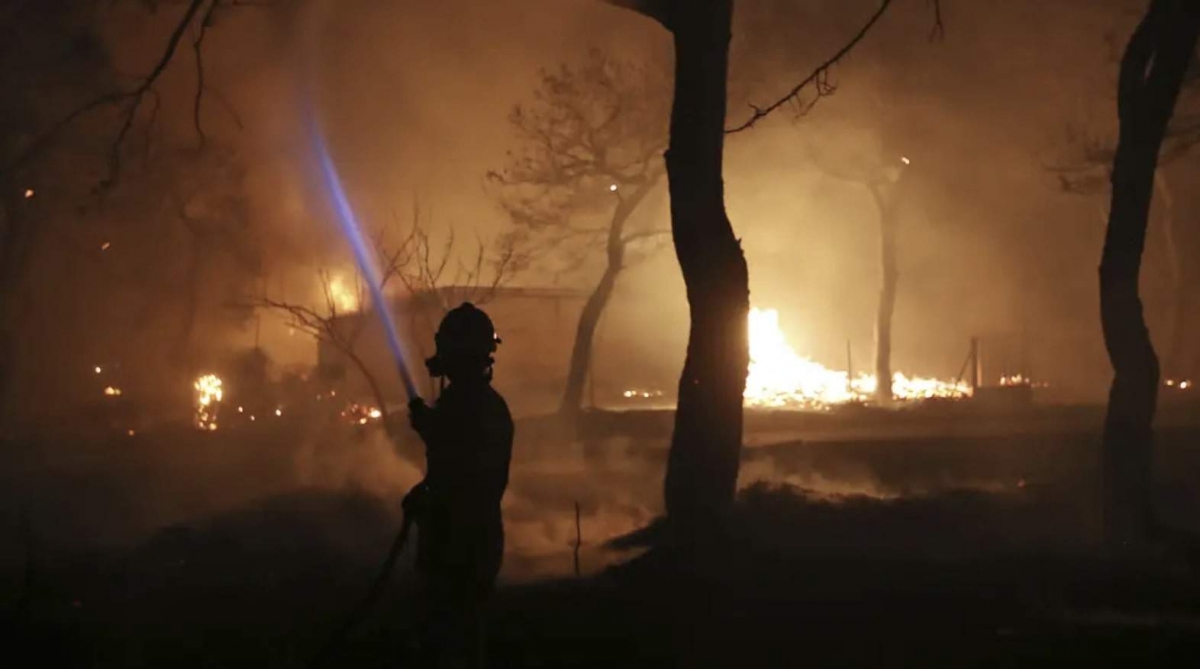 Four people have been found dead and homes burned to the ground as Cyprus battles the biggest wildfire in its history.

The fire started in the Arakapas village and strong winds spread it through a forest area around the cities of Larnaca and Limassol, The Independent has reported.

Vassos Vassiliou, the community leader of Arakapas, said: “It passed through like a whirlwind, it destroyed everything.”

President Nicos Anastasiades said the “entire state apparatus” had been mobilised to fight the wildfire.

The disaster follows a heatwave that brought temperatures of over 40C, and police warned the risk remains “very high” whilst temperatures remain the same.

Residents have been asked to avoid burning items, throwing cigarettes or matches or using inflammable items outside.

Interior minister Nicos Nouris said: “We are experiencing the most destructive fire since the founding of the Cyprus republic in both material damage, but also unfortunately in terms of human lives.”

Cyprus’s ministry of agriculture released a statement saying: “55 square kilometres covered with forest vegetation and agricultural crops burned in the fire.” The ministry added: “Residences and other private properties were destroyed by the fire.”

Cyprus asked for international help to tackle the wildfire. Greece and Israel responded by sending aircrafts to fight the fire and the EU Commission said Italy would send planes to assist and the EU would help with anything else needed.

Reports showed homes in flames and the smoke caused by the fire could be seen from capital Nicosia, 45 miles away.

The cause of the fire has not been confirmed. Police detained a man aged 67 for eight days, who was allegedly seen burning stubble in the area.

The news from Cyprus come as a huge fire erupted on the surface of the ocean last week to the west of Mexico’s Yucatan peninsula.

A gas leak from an underwater pipeline has been detected as the cause.

Footage of bright orange flames leaping out of the water, dubbed an “eye of fire” on social media, quickly went viral on Saturday morning, with many expressing shock at the apocalyptic scenes.

Campaigners and activists highlighted the footage as a glaring example of global inaction on the climate crisis.

And Alexandria Ocasio-Cortez, the Democrat congresswoman, added her voice to the outrage, tweeting: “Shout out to all the legislators going out on dinner dates with Exxon lobbyists so they can say a Green New Deal is too expensive.”