Russian authorities started to evacuate two villages in a vast region of Siberia where 155 active forest fires burned on Sunday. 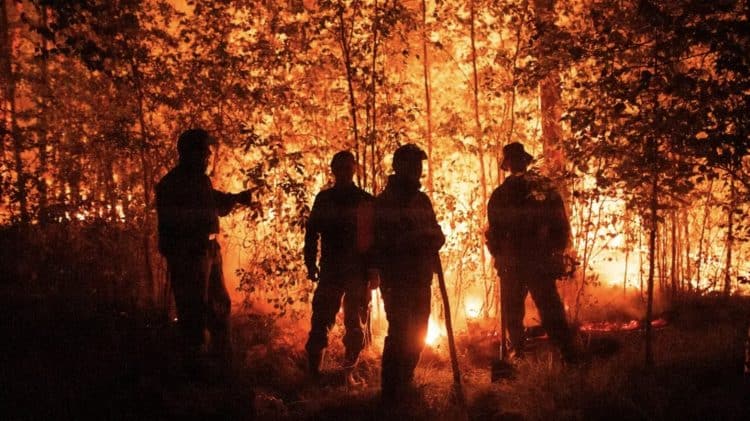 Russian authorities started to evacuate two villages in a vast region of Siberia where 155 active forest fires burned on Sunday.

A dozen villages in north-eastern Siberia’s Sakha-Yakutia republic were threatened by the fires, according to the regional task force dealing with the emergency.

Local authorities were moving the residents of two villages, Kalvitsa and Kharyyalakh, to other inhabited areas as crews totalling 3,600 people worked to contain about half of the blazes.

On Saturday, flames destroyed 31 houses and eight maintenance buildings in another village, Byas-Kuel, and about 400 residents were evacuated, local officials said.

Yakutia’s government website had stated earlier that Nikolayev had a deforestation of areas around the endangered villages, but his spokespeople said it was a mistake and there has been no such order.

In recent years, Russia has recorded high temperatures that many scientists regard as a result of climate change. The hot weather coupled with the neglect of fire safety rules has caused a growing number of fires.

Experts also blame the worsening fire situation on a 2007 decision to disband a federal aviation network that spotted and combatted wildfires.

The network’s assets were transferred to regional authorities, a much-criticized move that led to the fire-spotting force’s rapid decline.

The news come as a new UN report will set out a stark message on the state of the climate crisis, raising pressure on governments meeting for the crucial Cop26 talks in the autumn.

The report from the UN’s Intergovernmental Panel on Climate Change (IPCC) published on Monday is the first part of a review of current scientific knowledge about how the world is warming due to human activity.

It is the first such global assessment since 2013, when scientists found that global warming was “unequivocal” and human influence on the climate was clear, with the majority of warming since the 1950s extremely likely to be down to human activity.

The message in the latest report is expected to be even stronger, with warnings of how soon global temperatures could rise 1.5C above pre-industrial levels – a limit that countries have pledged to try to avoid breaching because of the dangerous consequences for humanity.

Drawing on more than 14,000 scientific papers, the review is set to provide the latest knowledge on past and potential future warming, how humans are changing the climate and how that is increasing extreme weather events and driving sea-level rises.