“Windrush did not happen in a day but happened in silence. Each one of us still has a part to play," said campaigners whilst highlighting discrimination EU citizens are already facing. 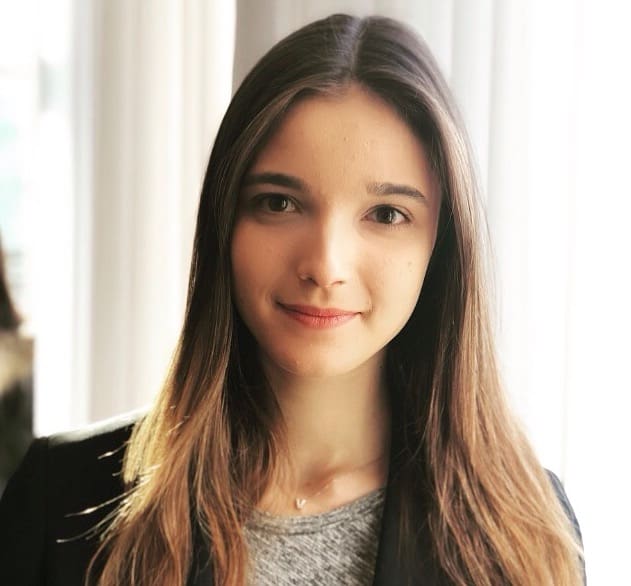 Veronica Hera, EUSS Immigration Adviser, helped the Romanian community in the UK to apply to the scheme

EU citizens campaigners have labelled 1st July as “Brexit Day” and reflected upon what the EU Settlement Scheme deadline means for the future in a meeting last night.

Five years on from the referendum, the3million group highlighted that the 30th June deadline is when the outcome of the EU referendum is “actually implemented”.

Alexandra Bulat, co-chair of the group’s Young European Network, warned the “emotional day” has implications for “months and potentially years to come”.

And work rights campaigners have already been dealing with cases of discrimination against EU citizens in recruitment and in the workplace.

Campaigners have also discussed the fact that the government’s Immigration Bill will be put through Parliament this month.

This offers an opportunity to scrap the CSI requirement, a retrospective requirement for British citizenship to have had private health insurance as a student or unemployed EU citizen, which many have criticised as being poorly advertised.

And EU citizens and experts shared their thoughts and experiences.

Elena Remigi, EU citizens campaigner at In Limbo project, said her research points to people feeling “betrayed, angry, worried, cheated and unsettled” despite having settled status because of a “broken promise”.

“We’ve gone from ‘nothing will change’, the promise signed by Johnson, Patel and Gove, to ‘apply, or otherwise you could lose your rights’.”

Highlighting the toll the past five years has taken on EU citizens’ lives, she urged the British public to “remain vocal”. “Windrush did not happen in a day but happened in silence. Each one of us still has a part to play,” she said.

She added: “We can still make a difference together, if we continue to care for one another for the cause of citizens rights, if we create a solidarity network so that people won’t fall through the net, if we don’t give up and continue to speak.”

Veronica Hera, EUSS Immigration Adviser, helped the Romanian community in the UK to apply to the scheme and found not everyone could easily apply, especially those lacking language or technical skills.

She said the way the scheme is designed fits well with keeping out “unskilled migrants”. “From my perspective, the EUSS is a scheme designed to facilitate applications from tech-savvy, high-skilled migrants with a very good level of English, while the lack of information in other European languages makes it very difficult for other communities to apply,” she said.

Hera told The London Economic one of the cases that left the biggest mark on her was that of a group of Romanians without an EUSS status who were trapped in a modern slavery situation.

“Most of them didn’t have an ID or had it taken away from them, so it was very hard to complete their application, besides the fact that their English was not very good.”

She said there are plenty of really complicated cases and that Romanian communities tend to be among the most vulnerable and needing most help, but that they are also hardest to reach.

Dr Olivia Vicol, CEO of the Work Rights Centre, a charity for migrants which has been helping EU nationals to apply for the EUSS, said the “greatest danger” is that employers, landlords and others will start excluding EU nationals from today.

She said this is partly because of the Home Office requirement to conduct immigration checks, but also because of “their own prejudices and certainties about who belongs”.

Vicol said: “We’ve had cases from people who were invited for a job interview and did very well. They were then told that they could not work without settled status. In both cases, they had pre settled status, they had the right to work.

“Employers jumped the gun by conducting these checks earlier than they should and also effectively by discriminating and the process of recruitment. We’ve also heard from people who were told to take time off work unpaid until they could provide settled status.”

She highlighted the fact that penalising EU citizens based on nationality is “unlawful”. And urged victims and witnesses to stand up against discrimination and report it to various people including their MP.

‘Let’s help each other’

Aluna Lepadatu from the Luton Roma Trust said she feels her life and that of many people “will change” from today.

“We don’t know what to expect, but I think we should expect the hostile environment,” she said.

But she put out a call for everyone to be “friendly”. “We’re here, this country was our home. And it still will be my home and home of many EU nationals.

“And I want to continue friendly relationships. And if we can help help each other, let’s do that.”

She is particularly fearful for the Roma community which she works for and belongs to.

She said her fears are based on the fact that many Roma people from the EU do not speak English, as is the case often even with the language of the country they come from. And the pandemic is likely to have prevented many from getting charity support.

She said: “I’m afraid that people will be leaving will be forced to leave, I’m afraid that families will be split apart because parents didn’t know that they had to apply for their children.”