“I think British people don’t care about us, they had five years to fight for us, they don’t even fight for their own rights." 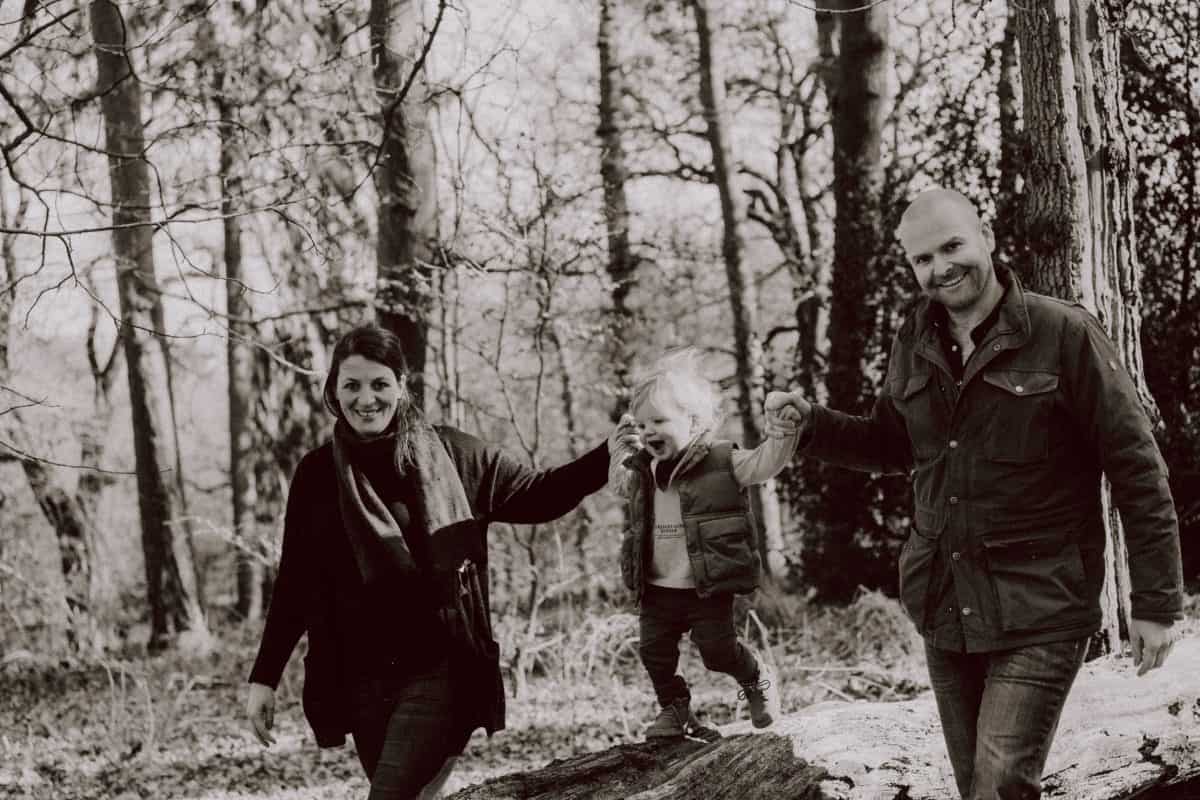 Alena with her partner Nick and child Finn. Photo: Waves of Wonder Photography.

Alena Useinovic works in the manufacturing industry. Thought to be the “UK’s future”, much has been said of attracting the “best and brightest” to the country to ensure ‘Made in Britain’ retains its prestige. Boris Johnson broke through a ‘Get Brexit Done’ wall at the JCB headquarters ahead of the general election in 2019 and there is rarely a day that goes by without seeing a government minister wearing a hard hat on TV.

But much of that, Useinovic tells The London Economic, is just lip service for good press coverage. The 39-year-old, who lives in Quorn, Leicestershire, built her whole life in the UK, but is now at risk of living as a second-class citizen or losing her German citizenship following a Home Office ruling.

“I first came to the UK when I was 16 to do my A levels, and then came back for my final year of university,” she said.

“In 2012, I came here again and been here ever since. I was dead happy when I moved here – that feeling is gone now. I have always worked, I am part of the car industry, I have a house, I have a British-German baby since last January.”

“My application was rejected”

Useinovic applied for British citizenship ahead of the Brexit deadline on 24th December 2020, but didn’t realise she had to be in the country five years ago on that exact date, which she wasn’t.

“Based on that, my application was rejected,” she told TLE.

“I received a phone call on May 17th – that is the first I heard from the Home Office – and they said my application had this “error” but I could resubmit it with a different date.

“I submitted it on the day and they said again I was out of the country exactly five years ago, so I submitted on 19 May but then they said that doesn’t work either, just because the caseworker at the Home Office had picked it up on the May 17th.”

“If they picked up my application a week later, I would be a UK citizen”

“They said I could submit it for reconsideration, so I have gone through a lawyer and she said the May 17th date means nothing.

“If they picked up my application a week later, I would be a UK citizen. Having been here exactly five years ago doesn’t make me a better citizen. I was working to pay my taxes in the UK and it says nothing about the worthiness of my character.

“But now there is an extra £480 for the lawyer. It’s absolutely wrong that I need a lawyer and I have to pay again. There are thousands of people who don’t have £2,000 sitting in their accounts. What if you apply for your whole family, where do you get the money from?”

“Among the best and brightest”

Despite being among the best and brightest, paying thousands of pounds in taxes and having a British child and partner, Useinovic failed to meet the mark in the Home Office’s eyes.

“They said I was the perfect candidate but they rejected my application,” she said, adding: “Part of me says that I don’t want this citizenship, keep it, but we are people who have their lives here.

“You stay in a country that you make your home and they say ‘no, thank you, we don’t like people like you’. When I got the email saying I won’t be accepted, I was upset. You feel all your efforts and work in society are worth nothing. It hurts, it makes you feel it’s all meaningless and all the language of “best and brightest”… it’s all rhetoric for the newspapers.

“They say they want the best and brightest, they say we are their friends and neighbours, but we are worth nothing. I work in the manufacturing industry, that is expected to be the future of Britain.”

Unfortunately, the government’s hostile environment policies seem to be scuppering that.

“The hostile environment is limiting my freedom,” Useinovic said, “it made me apply for citizenship to have my rights, it’s complete nonsense.

“Having citizenship is the only thing that gives me security in this country and this is the only way I can vote. Who knows what they do with Settled Status in five years time, at the moment the Home Office is random.

“The best thing you can do as an EU citizen is to stay in the UK for five years and not go anywhere, because it can be used against you.”

“I am genuinely scared to go see my mum and dad if I am not a British citizen. I don’t want to be detained like many other EU citizens have been upon their arrival in the UK over the past few months. The risk of being locked up is not zero – and it should be zero.

“I have travelled throughout the world, including through some weird countries, and I have never felt this rejected and this scared.”

“They don’t even fight for their own rights”

Useinovic says the UK has changed a lot in her time in the country.

“The British people move on, I post a photo of my baby and get 100 likes, I post a refusal of my application and I get 10 people saying sorry.

“I think British people don’t care about us, they had five years to fight for us, they don’t even fight for their own rights.

“In Europe, people leave their houses to march instantly, in the UK there’s a very strange feeling of apathy or ‘I’m alright, Jack’, it’s a very strange state of the country and I don’t really know at what point this will change, I don’t know if it will every change.

“The UK government recently taking away from the rights to protest is the sort of thing that shouldn’t happen in a country that calls itself democratic, they are almost taking away the right to an opinion and starting to become an oppressor.

“All we look at now is the news on vaccines, nevermind all the people who died. I am not surprised they are limiting protests and that no one cares.”

Related: I am an NHS doctor and my wife is a nurse. This is why we may leave the UK.