It's five years since the referendum. The country has changed beyond recognition. 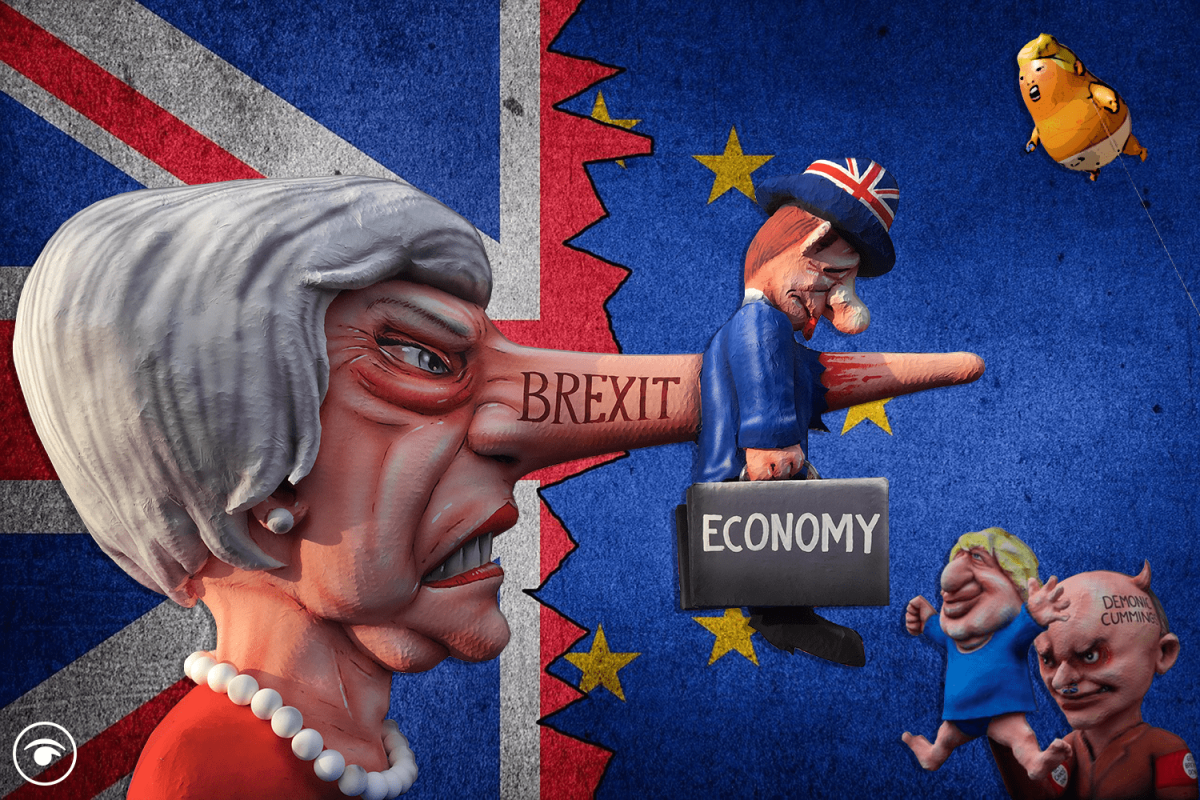 Five years have passed; five summers, with the length of five long winters, since Britain went to the polls and decided to leave the European Union. That very same day, I was graduating from university, preparing to enter a world which suddenly looked and felt very different. I needn’t worry, the student sitting next to me said. He’d been out canvassing for Leave and insisted that I’d be thanking him within five years “when house prices crash”. Goodbye academia, hello disaster capitalism.

Fast forward five years and Brexit continues to smoulder away, its capacity to inflame and enrage undiminished. Up to and after the referendum, there was a real sense that the country had been cleaved in two – yet most pundits, myself included, scoffed at the thought that the bile which accompanied the vote would endure through five years, three prime ministers and two general elections. Instead of lancing a Brussels-shaped boil, David Cameron opened Pandora’s Box – and the stain its contents have inflicted on this country’s political discourse seems indelible.

Despite day-to-day interest fading (just one person in four now regards it as the most pressing problem facing Britain), it’s still among the most fundamental lines down which the country is divided. According to Ipsos MORI’s polling, some 68 per cent of Brits still see their ‘Brexit identity’ – Leave or Remain – as strong. Compare that with the 48 per cent who say their support for a particular political party is just as important to them, and the extent to which Brexit has tossed the rulebook out the window is clear.

Everything is Brexit now. All culture war scraps ultimately boil down to Leavers versus Remainers, and that’s not some happy accident. As elections expert Sir John Curtice pointed out this week, the Conservative party has sought to “tap into” a “wider set of more socially conservative values”. That, he said, is why the Tories “are pursuing this anti-woke agenda” – it’s about “finding other ways of continuing to connect with the views of Leave voters”.

‘None of us think it’s going well’

Boris Johnson, then, knows how to weaponise Brexit for electoral gain. What’s less clear is whether he knows how to leverage the UK’s departure from the EU for Britain’s benefit. What do we have in place of our membership of the European Union? One trade deal which has brought the spectre of sectarian violence in Northern Ireland closer than at any point since the striking of the Good Friday Agreement, and another which has managed to unite the nation’s farmers in rage and despair.

Many will argue that such a question is moot, for there is and will never be a benefit of any kind to Brexit. That’s a fair enough. For young people especially, it’s tough to see what we get out of it. Our ability to travel and work overseas has been hindered and huge amounts of time and money has been spent on a political project we have little interest in, while the problems afflicting us – soaring rents, an impossible-looking housing ladder, spiralling student debt – remain. It can be tough to see Britain’s departure from the EU as anything other than a large-scale clipping of the nation’s wings.

None of us, young or old or in between, really think it’s going well, either. There is no sector of the economy where people believe the positive effects of Brexit outweigh the negatives. More than 60 per cent of us believe it will make food prices higher – just five per cent think the opposite. Considerably more people think it has made their daily life worse (28 per cent) as opposed to better (11 per cent). But that was never really the point, was it?

Among the most damning of the Remain campaign’s many failings was the ingrained belief that Leavers did not know what they were voting for. Undoubtedly, there were a string of false promises and, in some cases, told by the Leave campaign. Farmers and fishermen have been particularly affected in this regard. But the ‘Stronger In’ team showered voters with facts, stats and projections about how Brexit would blight the economy. People listened, looked, and voted anyway. The inability to take Leavers seriously plagued not only the referendum campaign, but the ill-fated quest for a People’s Vote which followed.

I recently spoke with Paul Dennett, the Labour mayor of Salford, about Brexit. Salford voted Leave, albeit narrowly. Dennett is vocal about how EU membership benefitted Salford. “We’ve done really well out of European Social Fund money, we’ve done really well out of regional development money,” he told me. What the city didn’t do well, he mused, was communicating that – “telling our residents that we’ve really benefitted from the redistributive methodology that the EU used for allocating revenue and capital over the years.”

But he told me that his electorate – which first elected him in 2016 – “really struggled” with the fact that they’d “had their say in the referendum and there was resistance to that being enacted”. That, he said “raises questions about the nature of democracy in this country”. If you ignore the accusations of ‘Remoanerism’ and generally unpleasant gloating of the scions of the Leave campaign, it’s a compelling point. One wonders how a victorious Remain majority would have viewed a campaign to relitigate the referendum.

All of which brings us to Labour. While the Tories are struggling to make the most of Brexit, Labour still hasn’t figured out a way to talk about it at all.

Jeremy Corbyn was, by his own admission, lukewarm about Europe – as many on the Labour left are. Again, that’s a position that is better understood than derided. There remains a tendency in pro-European circles to tout the EU as some kind of progressive political utopia. It isn’t. From its treatment of southern European countries like Greece through to the migration crisis and the pandemic, the EU has shown itself a sluggish and flawed patchwork of nations and governments with differing ideas and ideals. Sometimes it’s great, sometimes it’s not. We shouldn’t kid ourselves into thinking we’ve shut ourselves out of political paradise.

But Corbyn – like Keir Starmer after him – was reluctant to be honest about the benefits, downsides and trade-offs of EU membership. That’s something still haunting Labour, which remains scarred by its 2019 election hammering at the hands of Johnson’s ‘Get Brexit Done’ Tories. Starmer appears petrified of talking about how Brexit is damaging Britain, driven dually by a fear of further alienating the so-called ‘Red Wall’ and riling up the press.

Such an approach might have made sense initially; in the early stages of the pandemic especially, when Brits were concerned chiefly with when they might return to the pub, nobody wanted to hear about level playing fields or customs unions. But Labour’s vow of silence is damaging. By refusing to acknowledge the ways in which Brexit is changing Britain, Starmer is making it more difficult for himself to outline how Labour might fix the problems it has thrown up. That, in turn, makes it much tougher for him to set out a vision for how a Labour government would remake the country – if such a vision exists.

What of the future? At a micro level – as the plight of EU citizens in this country has shown – the reality of Britain’s new life unbound by Brussels will become clearer with each passing months, especially when the pandemic lifts and we are able to travel once more. It will be interesting to see how roaming charges and immigration queues impact Leavers’ perception of our new reality.

While nobody seriously believes that Britain’s relationship is set in stone, anyone who thinks the UK’s eventual return to the European fold is inevitable is kidding themselves. Britain will not rejoin the EU. Instead, the two sides will likely become embroiled in forever-negotiations, endlessly hashing out new fudges and compromises on the scores of disagreements and pressure points thrown up by this hasty divorce.

All of which means one thing: Brexit isn’t disappearing from the headlines any time soon, no matter how much we may want it to. The last five years have been fraught; don’t expect the next five to be any different.