“So, today, if we do not react in a safe and timely way… the consequences will be detrimental.” 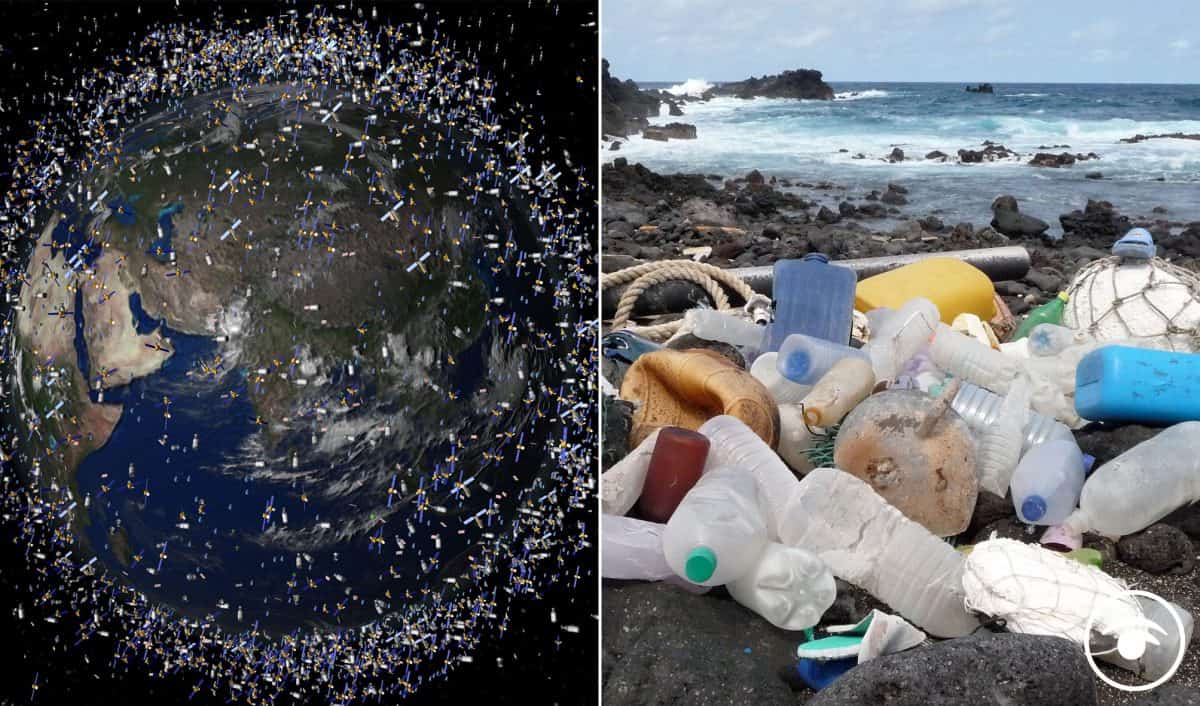 Unwanted debris left by humans in low-Earth orbit have become the equivalent of a “new drifting island of plastic” in outer space, an expert has said.

Ekaterini Kavvada, who is the directorate general of Defence Industry and Space at the European Commission, described space junk as “not a theoretical threat but a reality” which risks causing damage to active European and other satellites.

Speaking at the 13th European Space Conference, Ms Kavvada said: “Orbiting space debris has become the new drifting island of plastic – if I had to make the comparison – that poses a looming threat for the safety and the security of all the traffic and space sustainability.”

Scientific models estimate there are more than 128 million pieces of space debris that are larger than 1mm, and 34,000 pieces larger than 10cm.

Fragments as small as 1cm have the potential to completely destroy satellites because of the speed at which they are travelling.

Artificial satellites are used in communications, such as satellite television and phone calls, and navigation, which includes the Global Positioning System (GPS).

These types of spacecraft also play a role in weather forecasting, tracking storms and pollution and astronomy.

Ms Kavvada said that since January 2019, there have been more than 5,000 satellites in space, with nearly 2,000 still active.

She said: “Hopefully – and this is why we cross our fingers every day – those satellites may be able to deorbit and mostly burn up in the atmosphere, when their useful life is finished.”

However, Ms Kavvada warned that there are still nearly 3,000 inactive satellites drifting in space, with recent data suggesting there have been more than 500 break-ups or explosions of these space objects, resulting in fragmentation.

She said that adding webs of networked satellites, known as mega constellations, to space would result in the likelihood of a Kessler syndrome – a chain reaction where more and more objects collide to create new space junk to the point where Earth’s orbit became unusable.

Ms Kavvada said: “This sounds already like a disaster waiting to happen.”

Rolf Densing, director of operations at the European Space Agency, who was also speaking at the space conference, said: “We are living in a time the mega constellations are being built up, and the population of objects in orbit around us is growing by the thousands per year.

“So by now, we have about 1,000 starlink satellites in orbit.

“By the end of the decade, we will be talking about tens of thousands of satellites that are in the orbit around us.”

Mr Densing said the ESA’s European Space Operations Centre (ESOC) is getting “hundreds of collision earnings” on a fleet of about 20 satellites the agency operates.

He said: “About every two weeks, on average, we will have to fly the collision avoidance manoeuvre.”

Ms Kavvada said that limiting the production of space junk, avoiding the generation of new debris, and developing instruments to remove current space debris are needed to “ensure long-term sustainable use of space”.

She said: “Even in a theoretical scenario in which no further objects are added to the space environment, the results of simulations stemming from the ESA and Nasa show that the critical density reached in LEO (low-Earth orbit) is such that mitigation alone is not any more sufficient.”

Ms Kavvada added: “So, today, if we do not react in a safe and timely way… the consequences will be detrimental.”

The UK will also play a critical role in building The Claw, which will be the first ever satellite to remove space junk.

A part of the ESA’s Clearspace-1 mission scheduled for 2025, The Claw will use a pincer motion to collect debris, before giving it a controlled re-entry into Earth’s atmosphere, allowing it to decompose safely and away from life.

Related: Tourist beach littered with face masks as pandemic pollution is ‘out of control’