A mysterious website change - quickly followed by a U-turn - has raised suspicions. 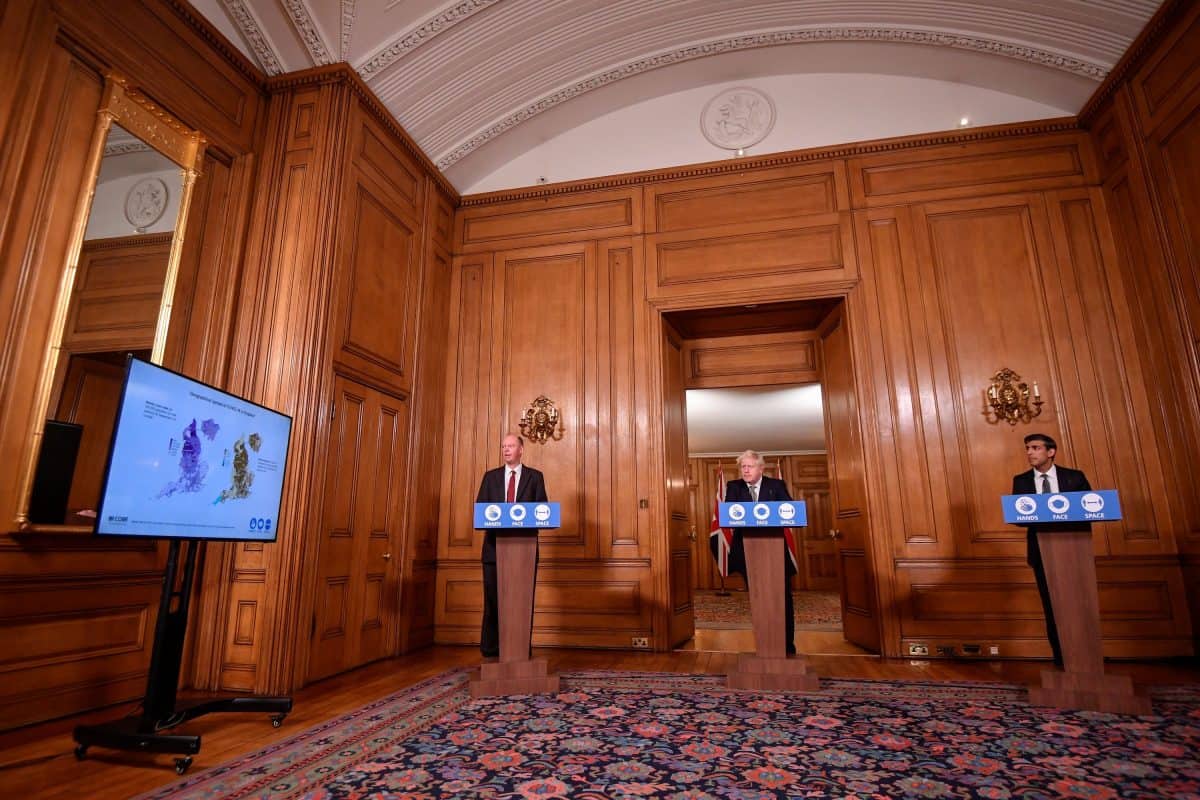 The Government could begin hand-picking the questions asked by member of the public at Downing Street coronavirus briefings, reports suggest.

Since April, in the midst of the first wave of the pandemic, ministers announced that members of the public would be given the opportunity to ask questions of the politicians and officials who were fronting up what were then daily press conferences.

People have been able to submit those questions via a Government website – with the questions then selected by an ‘independent polling company’, which would prevent ministers having any knowledge of what would be asked in advance.

But this week, the Government released new rules, suggesting that a polling firm would instead compile a shortlist of questions – with officials then deciding “which ones are asked at each event”, Byline Times reported.

As news of the change in tack broke, officials were quickly forced into a U-turn – changing the portal for submitting questions back to the original format, wherein the polling group chooses the question.

And this is what it looked like after the U-turn.

Priti Patel will front Tuesday’s Downing Street briefing – the first time she has done so since May. The home secretary’s intervention comes after Britain’s most senior police official warned that officers will move “swiftly” to fine people who blatantly ignore coronavirus lockdown rules.

“That is quite a lot. I think it will have an impact and it will encourage more people to recognise that we are in a health crisis,” she told BBC Radio 4’s Today programme. “We are at a terrible time. For the next few weeks, we must absolutely do our best to reduce the spread of the virus.”

Related: Raab announces clampdown on firms with links to forced labour in Xinjiang