Bizarre moment when two rats broke out in a fight in a kitchen store of an Indian home - 4ft above the ground. 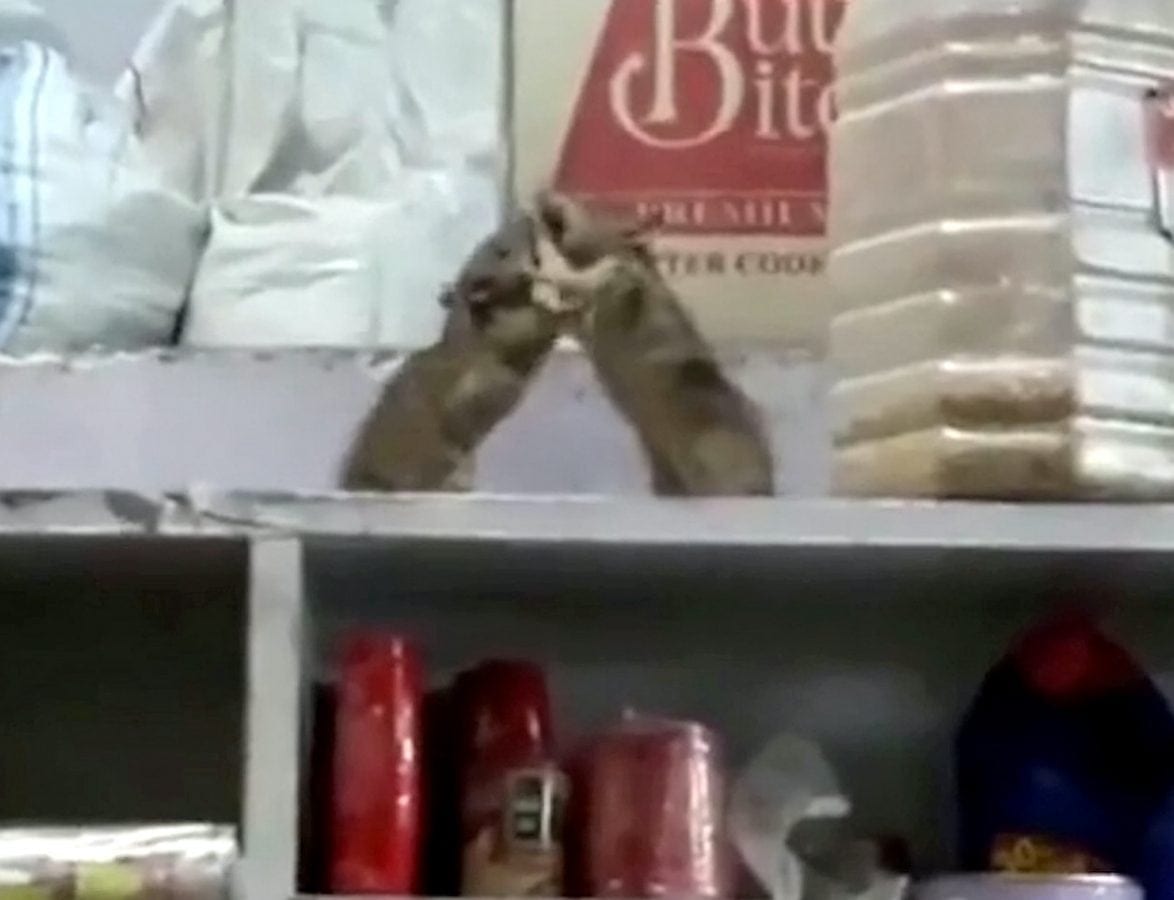 This hilarious video captures two rats squaring up to each other before having a ‘boxing match’ in a kitchen cupboard.

The clip shows the rodents grappling, sparring and rolling around in a cartoon-style fight.

But then one drags the other across the shelf before they bizarrely both rise up on their back legs – and slap and strangle each other with their forelegs. One gets the ‘upper paw’ by jumping on to a higher shelf and taking aim from there.

The fight took place on top of a kitchen rack 4ft up in a storeroom of a house in Uttarakhand in India.

Prashant, the owner of the house, said: “What amazed me the most was that the rats were fighting like humans with their hands up in the air and slapping each other as any humans would do during a road rage.”