Peter Williams, from Penzance, is cycling from Bristol to Land's End

A dad whose seven-year-old daughter died of a brain tumour is riding 200 miles for charity – on the tiny bike which was her last Christmas present.

Peter Williams, who is 6ft tall, has set off on his week-long challenge in memory of Ellie who died in 2015.

She received the pink bike as a Christmas present while seriously ill but was briefly able to ride it before her health failed.

Peter, 46, hopes to raise £10,000 for the Brain Tumour Charity by riding 211 miles from the hospital in Bristol which treated her to Land’s End in Cornwall.

He said: “She loved cycling and learned to ride a bike without stabilisers when she was just three.

“I’ll never forget how happy and proud she looked of herself – nearly as proud as I was!

“Ellie was quite poorly when she got the bike for Christmas but she was blown away and couldn’t wait to take it out.

“I’ve got vivid memories of her riding over the bridge near our home on it.” 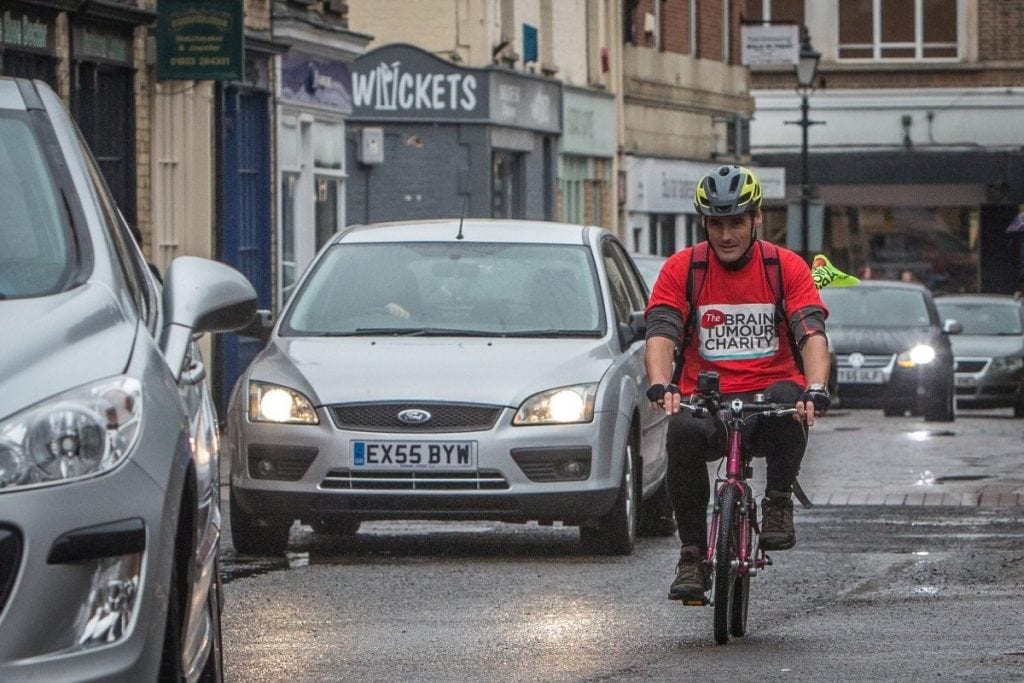 Ellie was diagnosed with Diffuse Intrinsic Pontine Glioma (DIPG) in October 2014 after her parents noticed her right eye had been looking “a bit strange”.

“At first, we put it down to her just being silly and playing around like kids do – she was often pulling funny faces.

“The tumour was inoperable because it was in her brain stem.

“Her inturned eye had been caused by her tumour, so she hadn’t been messing around pulling funny faces at all.

“Our world was turned upside down.”

Doctors told them that Ellie had six to 12 months to live and she underwent radiotherapy for six weeks.

But she died six months later on April 4, 2015 in her parent’s arms at Little Harbour children’s hospice in St Austell, Cornwall.

The idea for Peter’s sponsored ride was sparked when he was pottering about in his shed one afternoon and saw Ellie’s pink bike.

“It was a light bulb moment,” he said. “Ellie would have thought I was a bit bonkers doing it.

“As well as the distance, it will be physically challenging as the bike is designed for a seven-year-old and I’m 6ft.

“I’m going to be standing up and riding it as much as I can. 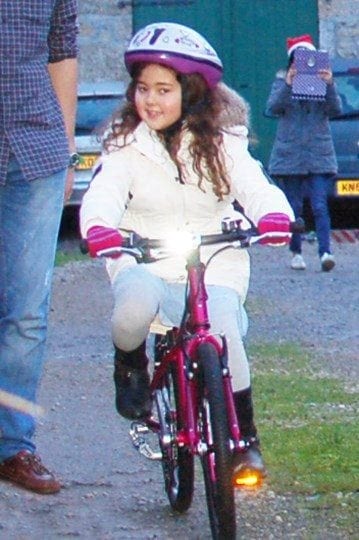 “I don’t want to destroy my knees and my back doing this because I want them to last a few more years yet and maybe do another challenge in the future.”

“I haven’t modified the bike at all but, after some practice rides, I was tempted to buy a bigger saddle as it really is tiny and very hard on my bum!”

Peter, who lives with partner Kaz, 44, and son Joe, 13, set off from the Bristol Royal Hospital for Children on Friday.

He hopes to raise £10,000 for The Brain Tumour Charity to help with their valuable research.

And just two days into his week-long cycle he has already raised over £23,000. 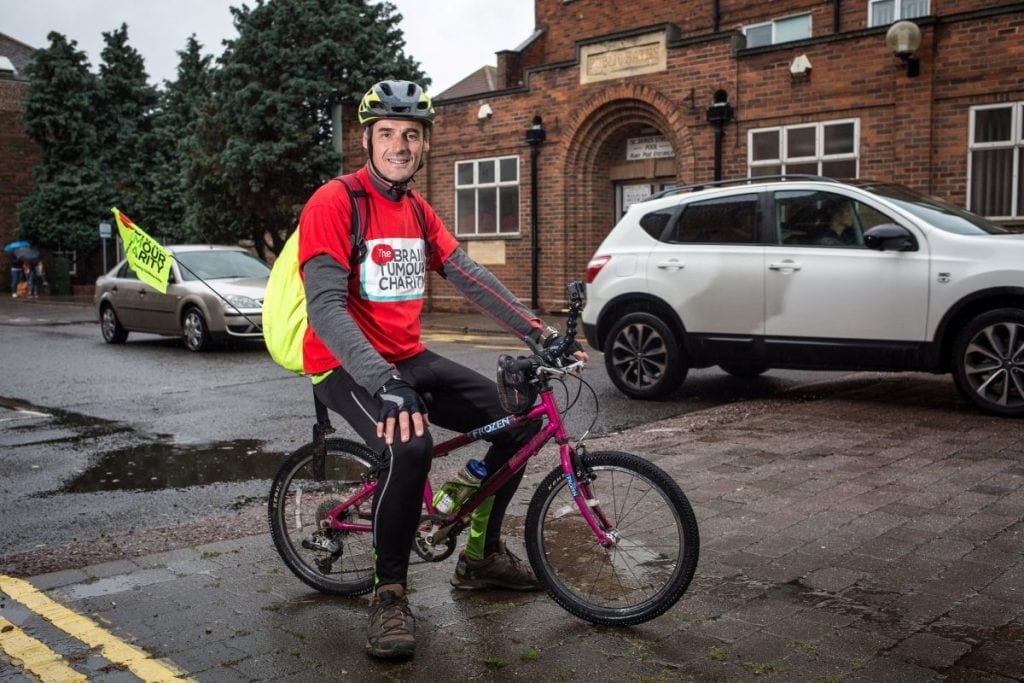 Peter added: “More research into brain tumours is vital and if I can help save just one family from our heartache, then it’s worth it.

“Ellie would laugh at me riding her bike – and she’ll inspire me every push of the pedals.”