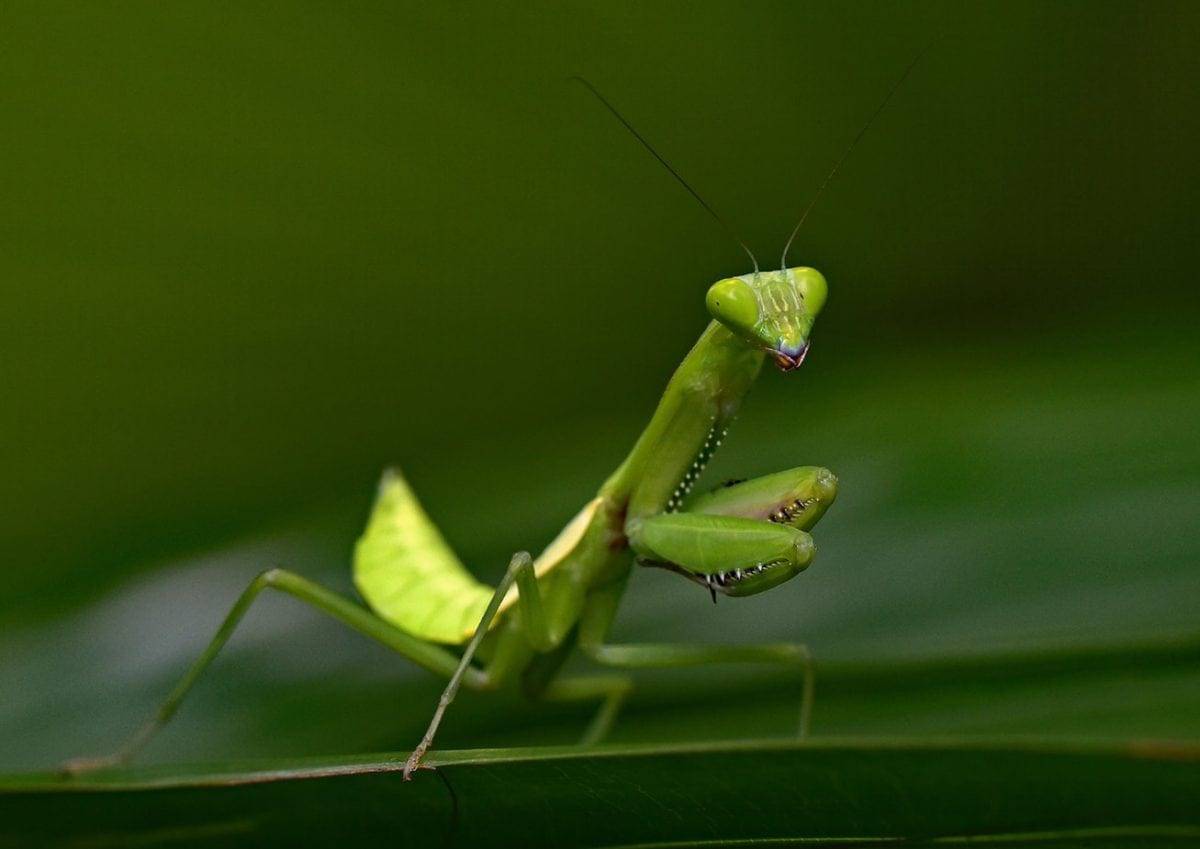 A praying mantis that eats wild fish has been discovered by scientists.

The creepy critter is known to feed on insects and possibly small birds but it has never been found preying on fish – until now.

Scientists watched an adult male hunting and devouring guppies in a pond located in a private roof garden.

To reach its prey, the insect would walk on the leaves of water lilies and water cabbage growing on the surface of the pond before fishing the guppies out.

Curiously enough, it came back to the property in Karnataka, India, five days in a row – catching nine fish in all – at least two a day.

Dr Roberto Battiston, of the Museum of Brenta Canal, Valstagna, Italy, said the creature was a male more than two inches long and instantly recognisable by its white antenna.

He and his colleagues identified it as a species called Hierodula tenuidentata Saussure, more popularly known as the giant rainforest mantis.

He said: “It was occasionally observed in a private roof garden preying on guppy fish, during periodical scans of the habitat from sunset at 6:30 pm to 12:30 am.

“Therefore, they were unmanipulated and occurred naturally without interference. About 40 fish were contained in an artificial pond under natural light conditions.

“The mantid was able to reach the fish by perching on leaves of water lilies and water cabbage growing on the surface of the pond.”

The observations described in the Journal of Orthoptera Research were made in a garden on top of a building about 16 feet above ground level containing about 15 potted plants.

Other natural prey for mantids like wasps, butterflies and spiders have been frequently spoted on these plants.

Dr Battiston said although mostly artificial, the garden can be considered a semi-natural and functional habitat for Hierodula, a mantid well accustomed to cities and towns.

He said: “During the five days, the mantid was observed capturing and devouring a total of nine guppy fish.

“In seven cases, the mantid started eating from the tail. On a single occasion, he started from the head and on another, from the top side.

“On the first four of the five days, the mantid was observed to hunt and devour two fish.

“The second fish was hunted within 10–30 mins of consuming the first one. After the fifth day, the mantid disappeared and was not observed again at the pond.” 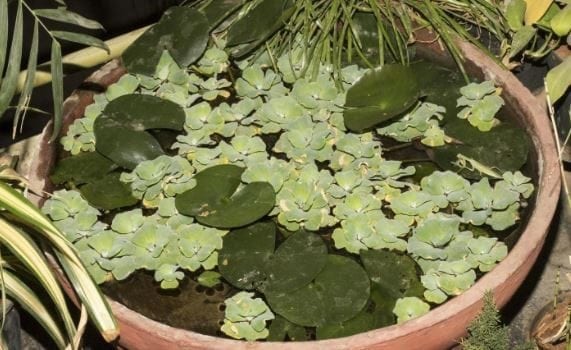 Praying mantises have occasionally been observed to feed on vertebrates, including small birds, lizards, frogs, newts, mice, snakes and turtles.

Mostly, such records have either not been scientifically validated or have occurred under induced and human-manipulated circumstances.

Nevertheless, no scientific data of mantises preying on fish existed until the recent study by Dr Battiston and his Indian colleagues carried out in March last year.

Dr Battiston said: “Fish do not move like lizards, locusts, hummingbirds or flies.

“They swim under the usual hunting field of a mantid and are separated by the barrier of water.

“Some other invertebrates like spiders, and especially fishing spiders, can hunt in water, but the origin of this adaptation occurred more than once in their evolution and is not well understood.

“Our observations in this fishing mantid – a unique case at the moment – may indicate the origin of this phenomenon.”

Apart from being a curious first-of-its-kind, the observation raises three new discussion points worthy of further study, the researchers revealed. 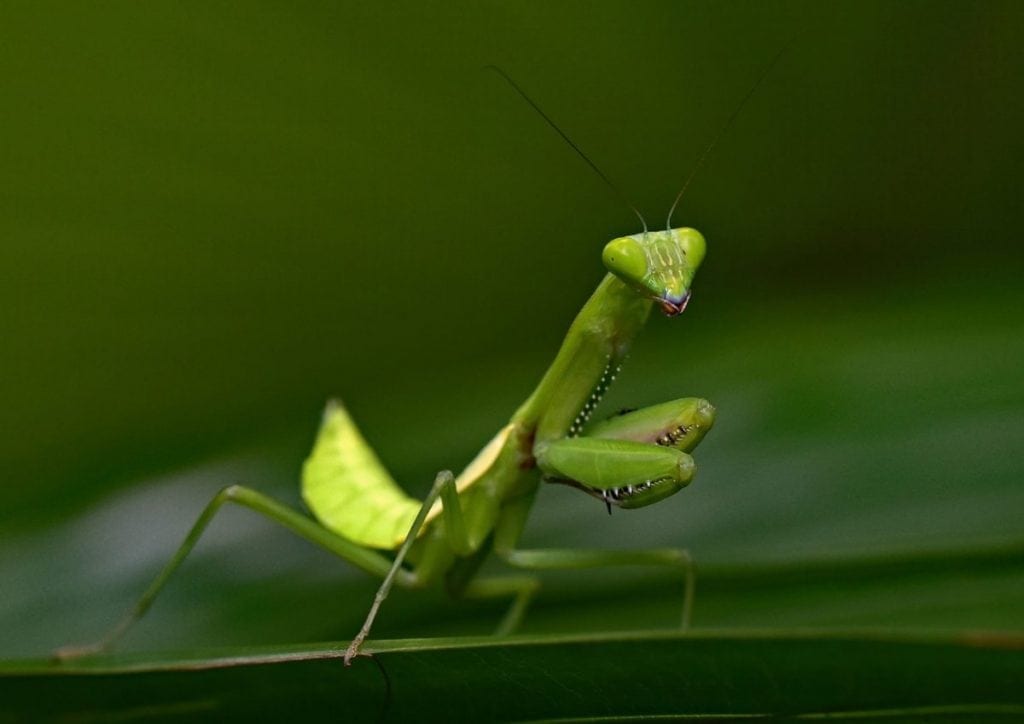 Firstly, the fact praying mantises hunt on vertebrates outside cages in labs confirms a single invertebrate species can have an impact on a whole ecosystem.

In this case, a mantis preys on guppies which, in their turn, feed on aquatic insects.

Secondly, the discovery questions previous knowledge about the visual abilities of mantises.

While the structure of their eyes clearly indicates that they have evolved to prey in daylight, the studied male specimen proved to be an excellent hunter in the dark.

The insect managed to catch all nine fish either at sunset or late at night.

Besides visual, mantises might have evolved impressive learning abilities too.

The researchers speculate that the observed repetitive behaviour might have been the result of personal experience, utilised to navigate the specimen.

Sophisticated cognitive skills, on the other hand, might have allowed the mantis to develop its hunting strategies.

Added Dr Battiston: “Many mantids, including Hierodula, are known to be sit-and-wait predators, and there is evidence at least some species carefully choose their habitat and hunting field.

“Remembering the prey’s abundance at a particular site in relation to their ease of capture and their nutritional content, could be one important factor of this choice and may indirectly influence individual fitness.”

The fascinating bugs are formidable predators.

Their triangular heads rest upon on a long “neck,” or elongated thora, which gives them great accuracy.

They can turn their heads 180 degrees to scan surroundings and they have five eyes – two large with three smaller located in between.

Adult females are known to eat their mating partners – after sex.