A unique blend of aged rums from Jamaica and Barbados 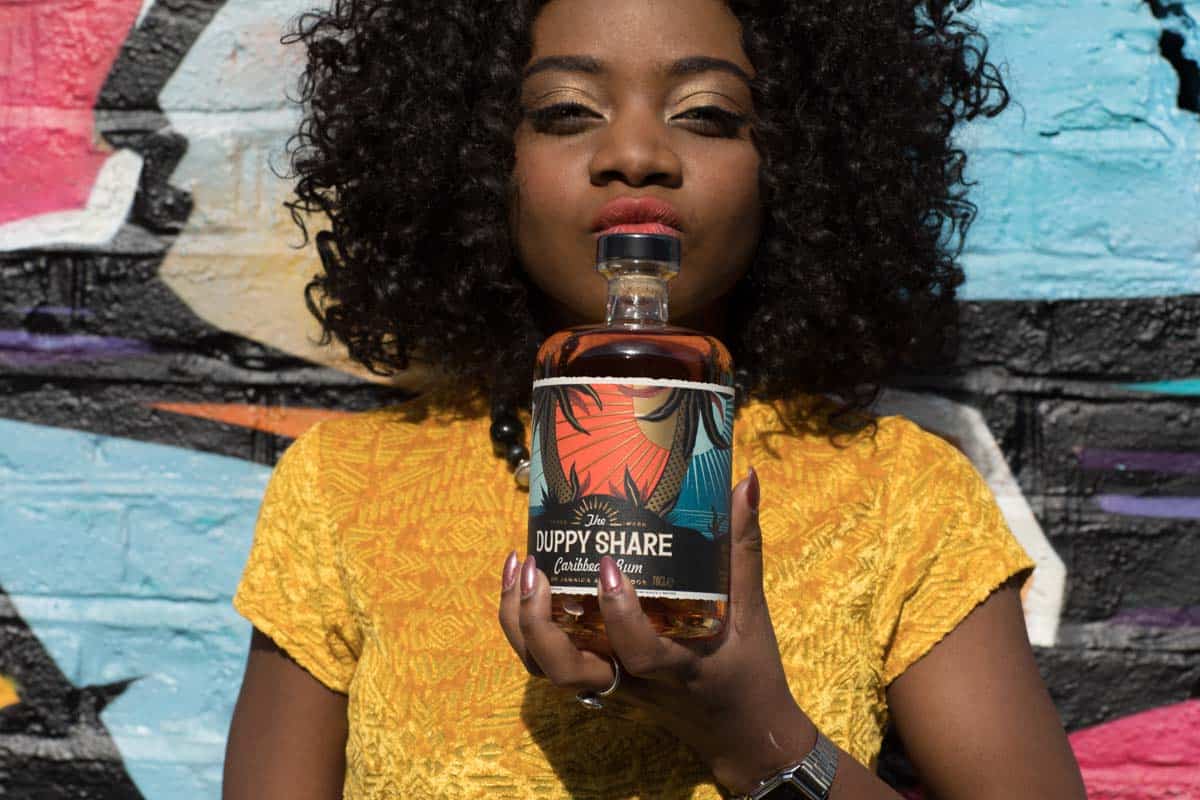 With ‘gin fatigue’ starting to kick in, rum is having a moment in the UK. With renewed interest in sipping rum, the spirit’s definitive sweetness, and suitability for mixing in cocktails, data compiled by the Wine and Spirit Trade Association shows 35 million bottles of rum were purchased in the UK last year (worth more than £1 billion). While white rum remains the UK’s most popular, sales of flavoured and spiced rums are also booming, with almost 10 million bottles sold in the last 12 months.

Featuring a golden blend of Caribbean rum from Jamaica and Barbados, the UK’s fastest growing rum brand, The Duppy Share, takes its name from the ‘Duppies’ that permeate Caribbean folklore. These malevolent spirits are said to swoop between distilleries and steal the best of the rum (a process that’s, in fact, a result of evaporation, known as ‘the angel’s share’ in Scotch whisky culture).

Featuring a unique blend of premium rums from the Worthy Park Estate in Jamaica and the Foursquare Distillery in Barbados, the resulting liquid is a marriage of two contrasting island styles. Fiery, three-year-old Jamaican rum is slightly tamed by the smoothness of the five-year-old Barbadian rum, each aged in Bourbon barrels then bottled in London.

Known as Jamaica’s earliest rum producers (having began distilling in 1740), Worthy Park Estate grows all of their own sugar cane, makes their own molasses and distils their rum on site using a pot still. The rum used in The Duppy Share has a natural flavour rampant with tropical fruit, joined by rum from Barbados’ Foursquare Distillery, presided by fourth-generation master distiller, Richard Seal, who produces the spirit using a combination of continuous and pot still distillation to give the rum a unique character. Once aged for five years in old bourbon barrels, the rum used has exceptional smoothness with a warm, buttery finish.

Bottled with a label designed by B&B Designs, inspired by 1930s and ‘40s travel posters, The Duppy Share has a deep golden complexion. Some slight funkiness is present on the nose, joined by bold fruity aromas of pineapple, mango, banana and peach, rounded with some woody spiciness, cinnamon and caramel notes. A woody, spicy element continues on the palate, joined by some vanilla imparted from the white oak ageing barrels. Elsewhere, dried fruit savours are noticeable, including sultana, mango and apricot, complete with some caramel which leads to a buttery mouth feel before brown sugar dominates the finish alongside some feint pepper and ginger.

A fine entry-level sipping rum, The Duppy Share has a character that’s also well-suited to mixing, ideal as the base for a number of cocktails such as a simple ‘Jamaican Mule’ made with ginger beer and lime; rum punch, or rum old fashioned.