A modern take on the classic Scandinavian style. 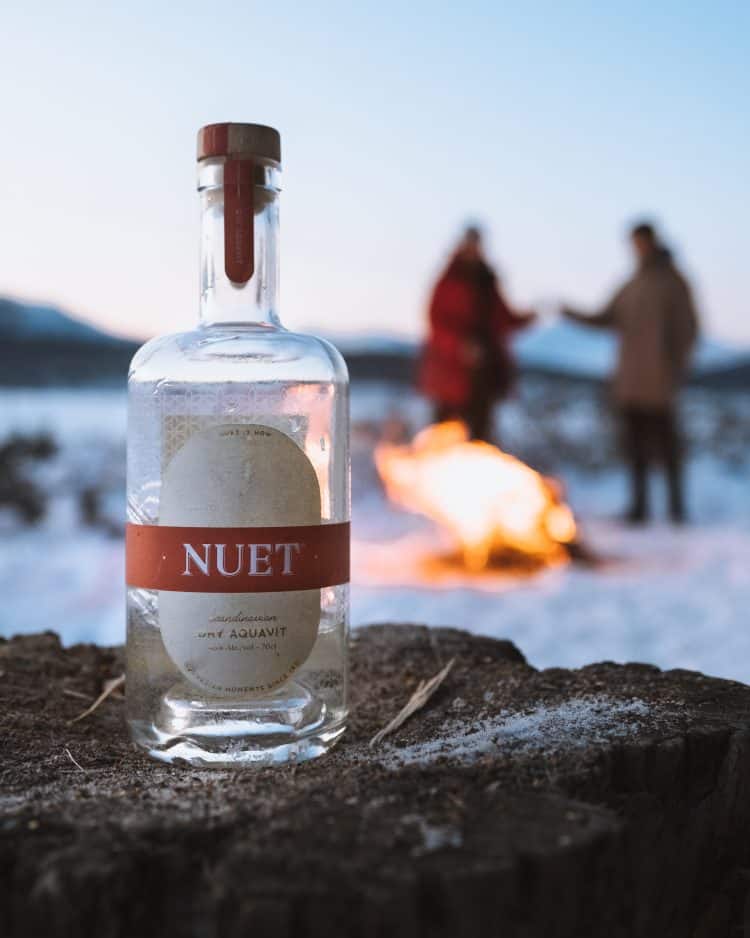 Considered an integral part of Nordic drinking culture, aquavit is a distilled spirit principally produced in Scandinavia. Meaning “water of life”, the spirit has been produced since the 15th century and is classically distilled using grain and potatoes, then flavoured with herbs and spices, dominated by caraway or dill seed.

Honouring Scandi innovation and history, while at the same time creating something truly unique, Nuet Aquavit was founded in Oslo, Norway, during 2018. With the rise of traditional national spirits such as mezcal, tequila, gin, and Scotch whisky, the founders were keen on showcasing Scandinavian aquavit, sharing the spirit’s potential with the world.

The brand’s first product, Nuet Dry Aquavit, was developed in Oslo over eight months, and more than 100 test distillings – specifically designed to work with tonic and in a dry martini. It’s also billed as a suitable gin alternative, described as falling somewhere between traditional aquavit and a London dry style gin.

While traditional aquavit is heavy with fennel and anise seeds, Nuet Dry Aquavit uses fresher botanicals such as grapefruit peel, blackcurrant and blackcurrant leaves, and caraway from Inderøy in Norway. Otherwise, the exact recipe is a closely guarded secret, but the drink is also produced using Norwegian potatoes from Hoff, as tradition dictates.

On pour, Nuet Dry Aquavit is clear and viscous, with prominent aromas of caraway seed, anise, fennel and dill, rounded by the freshness of grapefruit peel, blackcurrant, and a slight menthol edge from the blackcurrant leaves. Sipped neat, the caraway element continues alongside further grapefruit and dark berry savours, plus a whisper of black pepper which lingers on the clean, smooth finish.

Describing Nuet Dry Aquavit as a gin substitute does make sense from a marketing perspective, considering the category’s boom in popularity, but it also does the spirit a slight disservice. It’s no secret that the gin market is currently saturated, and it’s thus incredibly difficult for gins (or alternatives) to stand out. Instead, the Nuet Dry Aquavit is a complex, versatile spirit: a modern aquavit that demands to be tasted, either on its own or as the base of long drinks.

In collaboration with Nuet Aquavit, EKTE Nordic Kitchen in Bloomberg Arcade will host a Nordic Game Feast on Tuesday 12th October, featuring a menu of typical Nordic food created by Executive Chef Robin Freeman, paired with Nuet Aquavit. £55.00 per person, including VAT plus an optional 12.5% gratuity. Tables can be booked at dkuk.org.