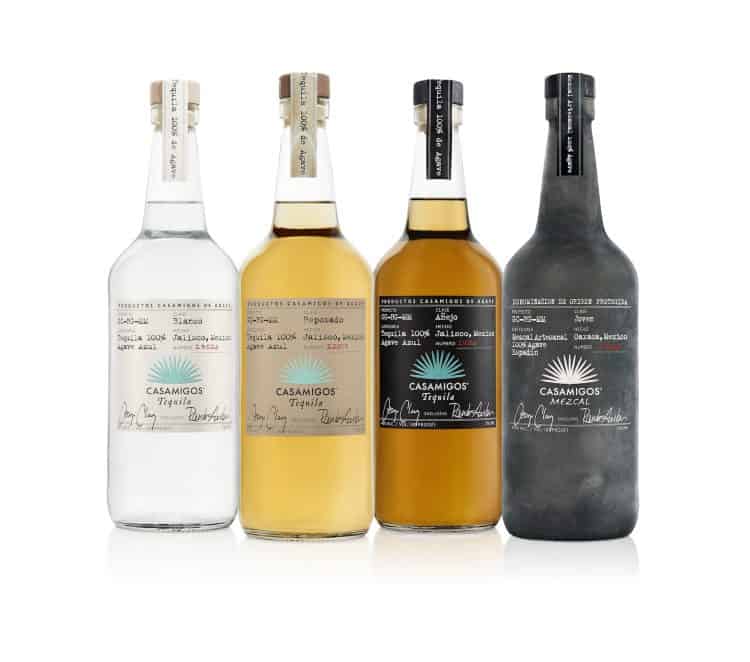 As far as celebrity-founded spirit brands are concerned, Casamigos has one of the biggest success stories. Launched by friends George Clooney, Rande Gerber, and Mike Meldman in 2013, the tequila company was purchased by multinational beverage company Diageo for $700 million USD in 2017, plus a further $300 million USD based on the brand’s performance.

Created out of a shared desire to have the perfect tequila, Casamigos wasn’t intentionally produced for commercial release. Instead, the founders began by working with a master distiller in Jalisco, Mexico, to produce a tequila to serve in their homes. But after becoming particularly popular, the tequila was sold by the bottle, and in 2016 George Clooney and Co. formed their own company to handle imports, marketing, and selling due to a boom in popularity and increased demand.

Today, Casamigos is available with three tequila expressions – Blanco, Reposado and Añejo – joined by a mezcal made with agave from Oaxaca, Mexico. Like many ultra-premium options, the three small-batch tequilas are produced using 100 percent Blue Weber agave grown in the rich red clay soil and cool climate of the Jalisco Highlands, harvested after at least seven years of growth. Once picked, the agave piñas (hearts) are roasted in traditional brick ovens for 72 hours before undergoing an extra-slow fermentation process over 80 hours – which is almost double the industry standard. The Blanco then rests for two months while Reposado and Añejo are aged for seven and 14 months respectively, in reconditioned American oak barrels previously used to age American whiskey.

The Casamigos Reposado tequila takes some of the best elements from both Blanco and Añejo. It’s considerably smoother and more complex than Blanco, but it drinks more like a classic tequila than the sweet, even smoother Añejo. Although a sweet note is quite prominent with the Reposado, its balanced with some savoury vegetal notes and spicing, with more character than expected from just seven months in oak.

On the nose, Casamigos Reposado is oak-led with prominent vanilla notes joining caramel, a touch of cocoa, clean agave, and some bell pepper notes. Some sweet agave notes prevail on the palate alongside spicy oak and some further vegetal pepper savours and a whisper of pineapple, while the finish is long with further agave and white pepper. The smoothness is also met with a slight, welcome scratchiness which adds to the overall complexity, ultimately making the Reposado a Casamigos portfolio standout.

Casamigos Reposado is available from retailers such as Amazon, £50, 70cl.