A bloody good gin from Australia’s most awarded gin distillery. 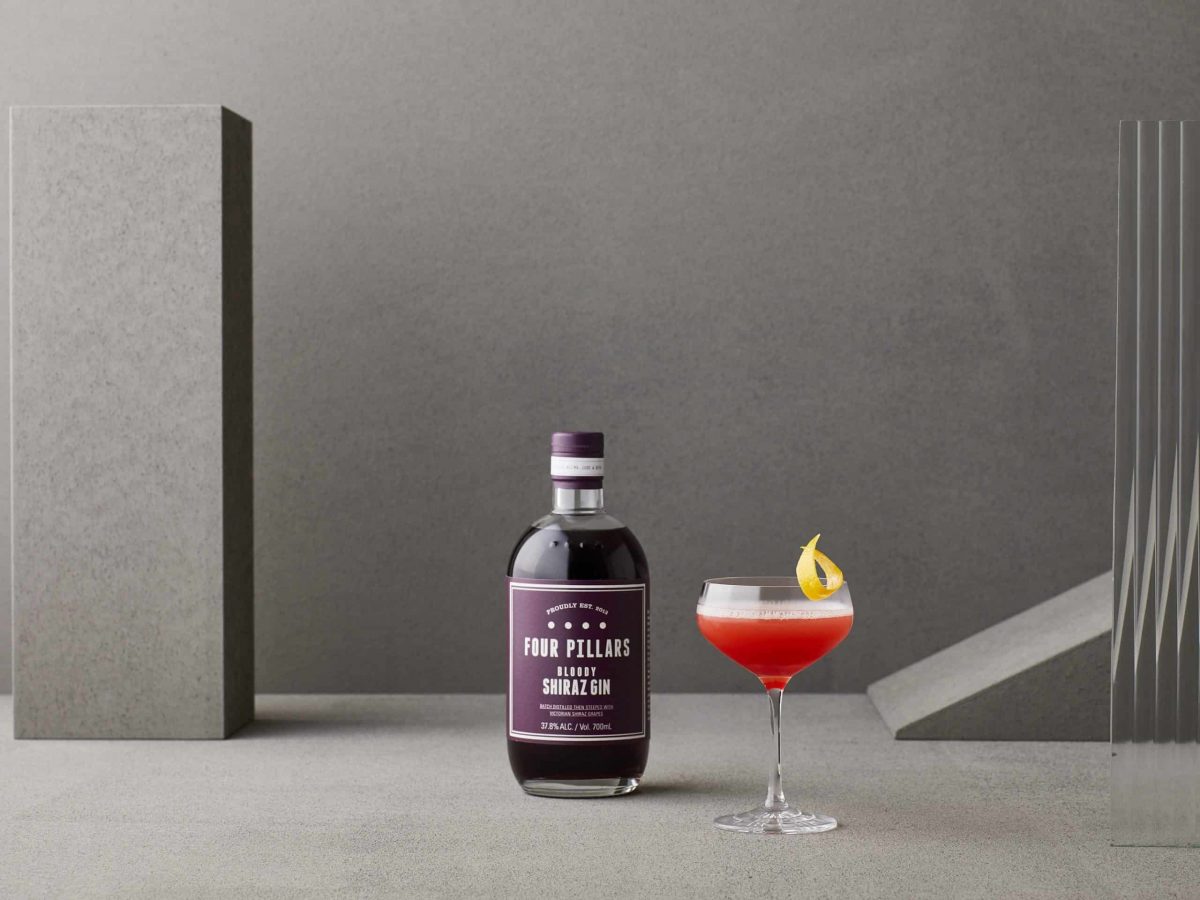 Australia’s most awarded gin distillery and the IWSC Gin Producer of the Year for 2019/20, Four Pillars is a craft distillery based in Healesville, in Melbourne’s Yarra Valley. Founded in 2013, the distillery produces a number of gins, including their Rare Dry Gin, Navy Strength, Spiced Negroni Gin, two barrel-aged expressions, Bloody Shiraz, and more. All are based on the distillery’s four pillars of great copper stills; pristine Yarra Valley water; traditional, exotic and native botanicals; and a huge amount of attention to detail at every stage of the production process.

On Bloody Shiraz’s Waitrose launch, Stuart Gregor, co-founder of Four Pillars, said: “Taking our Bloody Shiraz Gin to the drinkers of Britain is a lot like selling coals to Newcastle, just a lot more fun. The world of gin and distilleries like ours is indebted to the couple of centuries of great gin-making in the UK; without you, there is no us.

“As Aussies, we obviously have taken something British and tried to improve upon it – we have plenty of great shiraz grapes and we make some of the best gin in the world, so it seemed a pretty bloody good idea to combine the two and see if the end result could be greater than the sum of the parts!

“Bloody Shiraz Gin is unique. It’s stronger than a traditional Sloe Gin, with less sweetness and we think a better balance, making it a really great cocktail ingredient. The Bloody and Lemon is fast becoming a mainstay drink in Australia and we hope the same will happen in the UK.”

First created for World Gin Day in the Yarra Valley in 2015, Four Pillars’ Bloody Shiraz has since become wildly popular. The distillery has gradually increased the numbers of bottles produced each year, which consistently sell-out. Each year, cool climate shiraz grapes are soaked in gin for eight weeks.

For 2020’s edition, 100 tonnes of whole, de-stemmed shiraz grapes from the Yarra Valley, the Macedon Ranges, and Yea Valley have been steeped in Four Pillars’ benchmark Rare Dry Gin. The fruit is then pressed and blended with more gin to increase the bottling strength. The resulting liquid’s deep-purple hue is 100 per cent natural, imparted from the grapes ‘bleeding’ into the clear spirit, as well as lending some un-cloying sweetness.

Aromas of piney juniper are joined by some plum and berry notes, white pepper, and some herbal notes which lend an almost medicinal edge. On the palate, Bloody Shiraz is unsurprisingly vinous with the shiraz grapes’ peppery red fruit savours prevailing alongside plenty of stewed fruit richness that’s glorious with the base gin’s citrus notes. The gin’s character is also fairly similar to a vermouth at the sweeter end of the spectrum, while spectacularly well balanced with juniper that lingers on the finish with some nice tannins and plump raisin. Best enjoyed on its own as a sipping gin, or in one of Four Pillars’ signature cocktails such as a ‘Bloody & Lemon’.

Add gin and mixer to a rocks glass over ice.

Garnish with wedge of grapefruit.

RELATED: Spirit of the Week: No.3 Gin Vesper Martini