A global release from the historic Lowlands distillery. 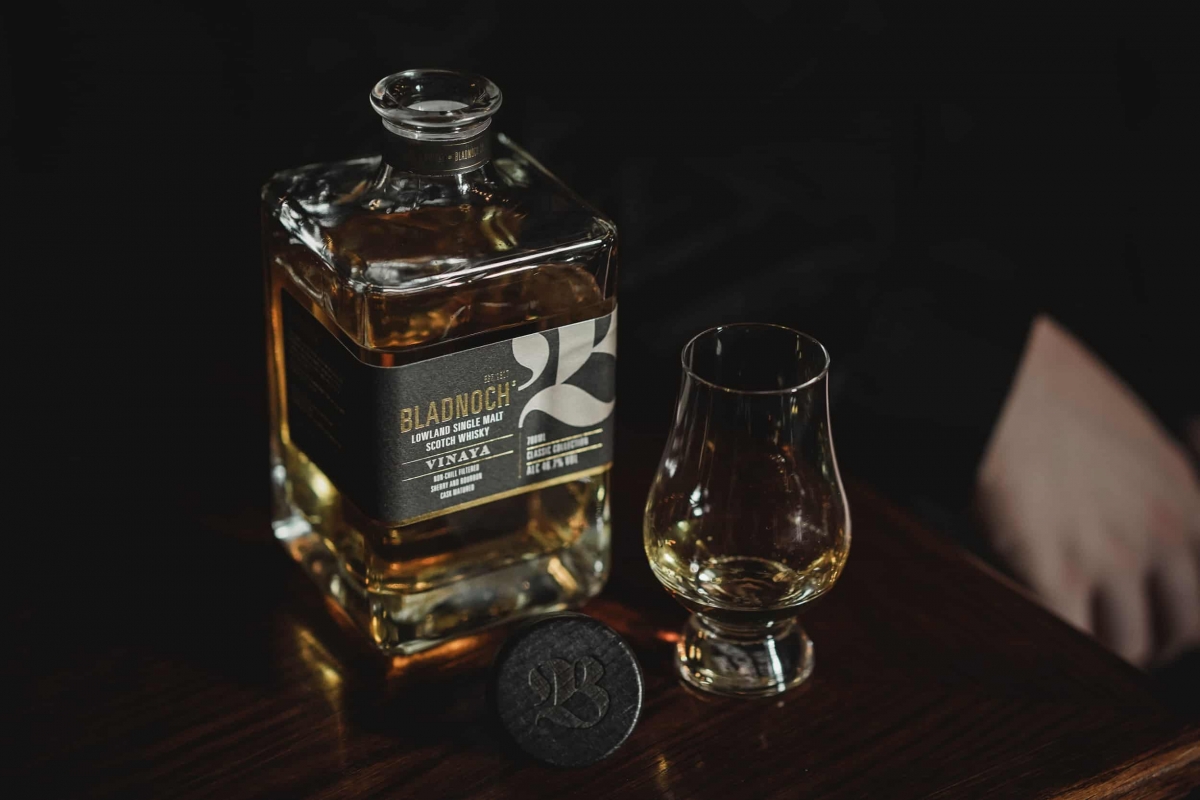 Earlier this year, Bladnoch introduced a new single malt whisky, Vinaya, for global release. The biggest global release from Bladnoch since being revived in 2015, ‘Vinaya’ is named after the Sanskrit word for respect and gratitude, with the whisky paying homage to the original founders of the distillery who paved the way, as Bladnoch looks forward to a new era of production and innovation.

On the launch of Bladnoch Vinaya, Master Distiller, Dr Nick Savage said: “As the name suggests, Vinaya was inspired by teachings throughout the distillery’s heritage. From our original founders to our new era, we wanted to showcase the Lowland style of Bladnoch Distillery. By using first fill ex-Bourbon barrels, we’re able to highlight the floral notes from the distillery character along with refreshing, citrus sweetness. The first fill ex-Sherry casks then add a subtle rich body to the whisky and mouthfeel to the experience, finishing with notes of chocolate. These individual aspects combine to showcase the classic aspects of our distillery.”

Owner David Prior added: “As we embark on the 204th year of Bladnoch Distillery, the launch of Vinaya feels particularly significant. It is important for us to show gratitude to the previous custodians of this historic brand and estate as we move forward into our most ambitious year yet. Vinaya is a stunning expression of Bladnoch’s style and we’re excited to share it with the world.”

Like all of the distillery’s expressions, Bladnoch Vinaya is non-chill filtered and produced using water from the River Bladnoch, which flows alongside the historic distillery. A first for the historic distillery, Vinaya uses a unique pair of cask types – ex-Bourbon and ex-Sherry. A good representation of Lowland style single malt, Bladnoch Vinaya has sweet aromas of honey, malted cereal, freshly-cut grass, dried apple, and a touch of butterscotch. Sweetness leads on the palate, with further honey and cereal, somewhat similar to Cheerios, plus ripe pears, chocolate, feint gingerbread spice, and peppery oak which lingers on the fairly light finish with savours of white pepper and cocoa.

Bladnoch Vinaya is available from the distillery’s online store, exclusively distributed by SEA Spirits in the UK. £50, 70cl.