Schools have been forced to cut back their offerings, as suppliers lack fuel or the drivers to deliver ingredients. 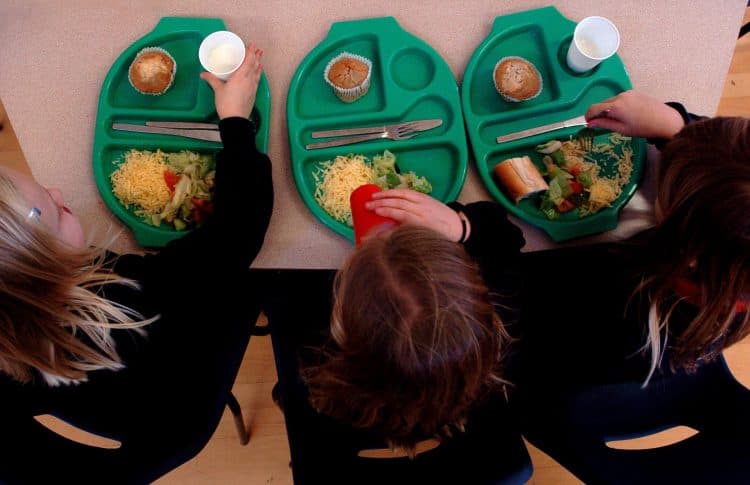 School dinners are being hit by the HGV crisis, with suppliers lacking either fuel or the drivers to deliver ingredients.

Thousands of pupils in Lancashire are being offered a reduced lunch menu, The Times reported, with schools providing soup and a choice of sandwich or a baked potato, as well as a salad bar.

The county council has said that “all pupils will still receive a healthy, nutritious and warm meal” – and suggested it expected a full menu to return after half-term this month.

But parents weren’t pleased with one, Lisa Wright, taking to Twitter and writing: “Parents still have to pay full whack for a reduced menu! That consists of two items … You have the power to change that.”

Samara Barnes, a Labour councillor, told Lancashire Live: “One school this week has not had a delivery of sandwiches. Another, no soup was sent. One school cook has even reported going out and purchasing additional items out of her own money as she was concerned about the choices on offer.

“This is a grave concern, especially given the fact that we know some children rely on their school dinner as their only meal of the day.”

In Brighton, author Alexandra Heminsley said parents had been asked to bring in food. “My son’s school emailed this afternoon to say that the food delivery company has no fuel to deliver so we’ve got being our own fruit/veg in for them tomorrow,” she wrote.

Fuel retailers claim “inept prioritisation” of deliveries is to blame for continued shortages in London and the South East.

Brian Madderson, chairman of the Petrol Retailers Association, said only 71 per cent of filling stations in the region have both petrol and diesel compared with 90 per cent in the rest of Britain.

He warned that fuel supplies are being sent to “the wrong parts of the country”. The government insisted “the situation is improving”.

Madderson claimed independent retailers are being denied access to information from discussions between the government, hauliers and oil companies.

“We do not know when the deliveries are arriving and we do not know how they are being prioritised,” he said.

“The return to normal fuel volumes continues to be blighted by the current inept prioritisation policy.”

Madderson described the government’s decision to suspend competition law to allow the fuel industry to share information as “a failed experiment”.

He added: “It is now time for the government to step back, reimpose competition law, and restore market disciplines so that ordinary business incentives drive the fuel to the filling stations which need it.”