Shaken or stirred? These are the best takes on the classic cocktail from London bars and restaurants. 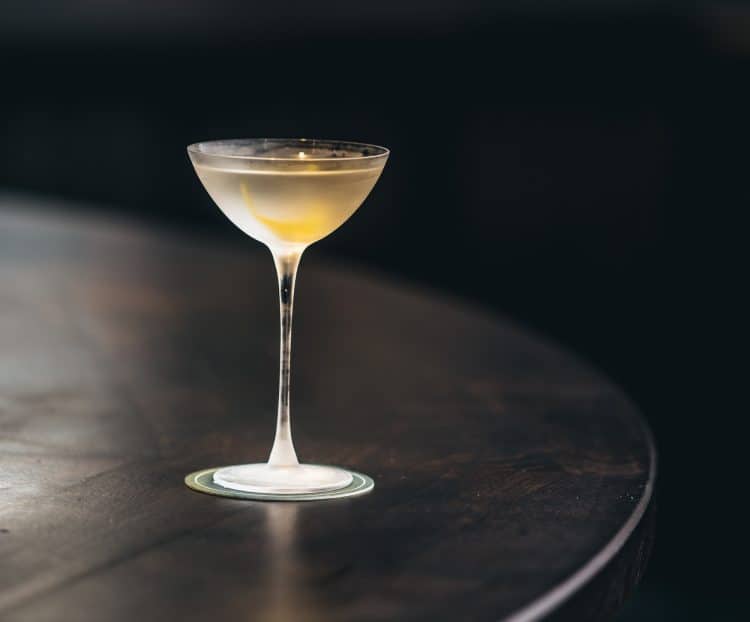 One of the most iconic cocktails of all time, the martini is a particularly elegant aperitif. Although it’s garnered widespread popularity, it’s perhaps most famously known as James Bond’s drink of choice. Bond’s preferred “shaken, not stirred” line has become a well-known catchphrase, but shaking a martini actually ruins the drink before its served, heavily diluting it. Stirring, on the other hand, helps to provide that silky mouthfeel with perfect clarity, like those from the following bars and restaurants serving the best martinis in London.

Favoured by Ian Fleming, the famous “shaken, not stirred” line was allegedly penned at Dukes Bar in St. James. Home to world-famous bartender Alessandro Palazzi, martinis are made table-side, from the martini trolley, with gin or vodka chilled in the freezer and poured into frozen glasses rinsed with Dukes’ own extra dry vermouth. Pouring directly into the glass helps to ensure the cocktail is as cold and dry as possible, with the oil from the lemon twist lingering on the top and really coming through in the final mouthful.

Currently considered the ‘Best Bar in the World’, the bar at The Connaught is run by Agostino Perrone. With a martini trolley gliding around the gorgeous room, the bar’s martinis are made tableside using the bar’s own gin and a secret blend of vermouths, theatrically poured from a height to aerate the classic cocktail.

The Connaught Bar can be found at Carlos Place, London, W1K 2AL.

The only central London bar from Ryan Chetiyawardana, best known as Mr Lyan, Lyaness serves ingredient-focussed cocktails with a cook’s approach. The bar’s cereal martini, for instance, is an absolute masterpiece. Here, golden levain – a rich syrup made using the bar’s own sourdough starter, mixed with miso and sake kasu before being baked and blitzed with sugar water – is showcased, joined by Ketel One vodka and a seeded vermouth. The result is a particularly savoury take on the classic, with a slight nuttiness and creamy mouthfeel.

Hidden on a Knightsbridge back street, The Egerton House Hotel’s bar offers a martini masterclass for two, with barman Sahbi Zguider preparing martinis at the table, absolutely filled to the brim. A primitive technique known as “The Egerton Slurp” is required to avoid spilling your martini, made with gin or vodka chilled down to -22 degrees. The martinis are also served with canapes and a delicious cheese on toast: simple yet perfect drinking food.

The Egerton House Hotel can be found at 17-19 Egerton Terrace, London, SW3 2BX.

With modern Irish hospitality at its heart, Homeboy has two cocktail bars in London – one in Islington and a new venue at Embassy Gardens in Nine Elms. Here, the drinks are excellent and the ambience is very welcoming, far less stuffy than many bars of this calibre. The martinis are often overlooked in favour of the Guinness or the bar’s exceptional Irish coffee, but they’re extremely classic, clean, and graceful – as they should be.

Named after photographer Terence Donovan, whose work adorns the bar in Brown’s Hotel, The Donovan Bar is run by celebrated bartender Salvatore Calabrese. With a drinks list marrying classics with original cocktails, classic martinis are customarily served with a bowl of olives and pecorino cheese, while a tribute to James Bond is also available. ‘Not Shaken, Not Stirred’ reimagines the classic, comprising either Ciroc vodka or Tanqueray Ten gin redistilled with Fair Coffee liqueur and ginseng, with dandelion bitters and ‘coffee caviar’.

In addition to its Parisian-inspired menu of sharing plates, Ever After serves an exciting cocktail menu. From the team behind downstairs cocktail bar Happiness Forgets, Ever After occupies the former Petit Pois Bistro site on Hoxton Square. Their martinis are classically crisp, with vodka or gin chilled in the freezer and poured tableside.

With an upstairs Aperitivo bar and a downstairs speakeasy, Swift’s martinis are served upstairs in a classic ‘Martiniani’ style, honouring the Italian tradition of standing at the bar for a coffee in the morning, then for a swift drink in the evening. Another Swift has also opened in Shoreditch, which serves brunch-style food alongside the bar’s award-winning cocktails.

Currently ranked as 5th Best Bar in the World, award-winning Tayēr + Elementary’s signature serve is a ‘One Sip’ martini. A twist on the classic cocktail, the One Sip Martini is garnished with a huge olive stuffed with Gorgonzola, perfectly matched to the all-day bar’s food menu that’s particularly of note.

This article was updated on Sunday 10th October, 2021.