This Finnish dish has a golden pastry crust, filled with rice and topped with munavoi (egg butter).

by Wendy Sloane
in Recipes 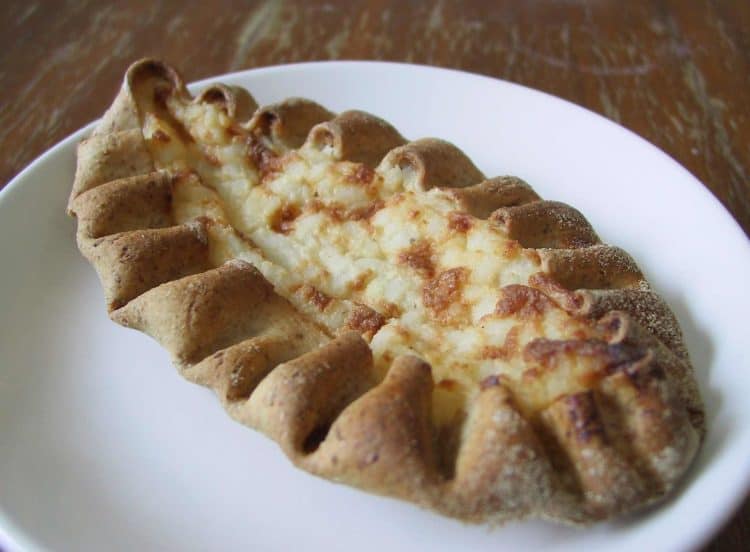 Visitors to Finland are always impressed by several distinctively Finnish traditions. They include going naked in a public sauna, the annual wife-carrying competition in the northern town of Sonkajärvi, and eating Karjalanpiirakka, the ubiquitous Finnish pasty with a golden crust that contains a rice filling usually topped off with delicious munavoi, or egg butter.

Carefully crafted from a mixture of rye and spelt flours, these oven-made pies are a bit fiddly to make, but the results are worth it. Karjalanpiirakka hail from the region of Karelia, and while they supposedly originated in the 1600s, legend has it that their popularity spiked during the Winter War of 1939, when their stodginess provided ample energy for Finns fighting off a Soviet invasion.

In fact, the word piirakka, or pasty, originally comes from the Russian word pirog, or pie – although Finns may be loathe to admit it, especially now. Their shape, some say, resembles that of a canoe, and the trick is not only to get the right ingredients but also to fill those canoes properly, using your fingers to poke around the outside of the dough to make the immediately identifiable pasty.

“I know it may sound a bit much for the carb-fearing types but in the cold of the Karelian winter they would provide the energy to stay warm,” said Karoliina Reinikainen, who lives in Joensuu in North Karelia and often makes Karjalanpiirakka at home.

In their original, untampered form, Karjalanpiirakka are so treasured that in 2003 they were given their own TSG (Traditional Speciality Guaranteed) status in the EU. That means ones that stray from the traditional recipe are legally barred from using the name – and must use more factually descriptive titles such as perunapiirakka (potato pasty) or riisipirakka (potato pasty) instead.

It’s not surprising that the TSG status came into effect, as knock-off versions of the original Karjalanpiirakka are present throughout Finland, including one made with added carrots and raisins (kukkonen) and a Russian-influenced one that adds raisins, sugar and cream or quark for the filling (vatrushka). But it’s the original Karelian pie, with its virgin filling and glorious boat-like shape, which is so highly prized;  savoured not only in Finland but also in Estonia, Sweden and parts of northern Russia.

If you want to have a go at making them, remember that the preparation involves four stages: making the dough, making the filling, baking them and stuffing them. It really is a true labour of love. You can buy them at supermarkets in Finland but it’s not the same.

Hint: Getting your crust the right colour depends on the temperature of the oven. “A really hot oven, that’s the key. At least 250 C, and optimal at 275-300 C,” says Tove Erholtz, who lives in a Finnish suburb in Oulu in North Ostrobothnia. Karjalanpiirakka are traditionally baked in wooden ovens, she adds. “I would also let the porridge cook for at least 50 minutes, maybe one hour. Cooking time depends a bit on which rice you use.” 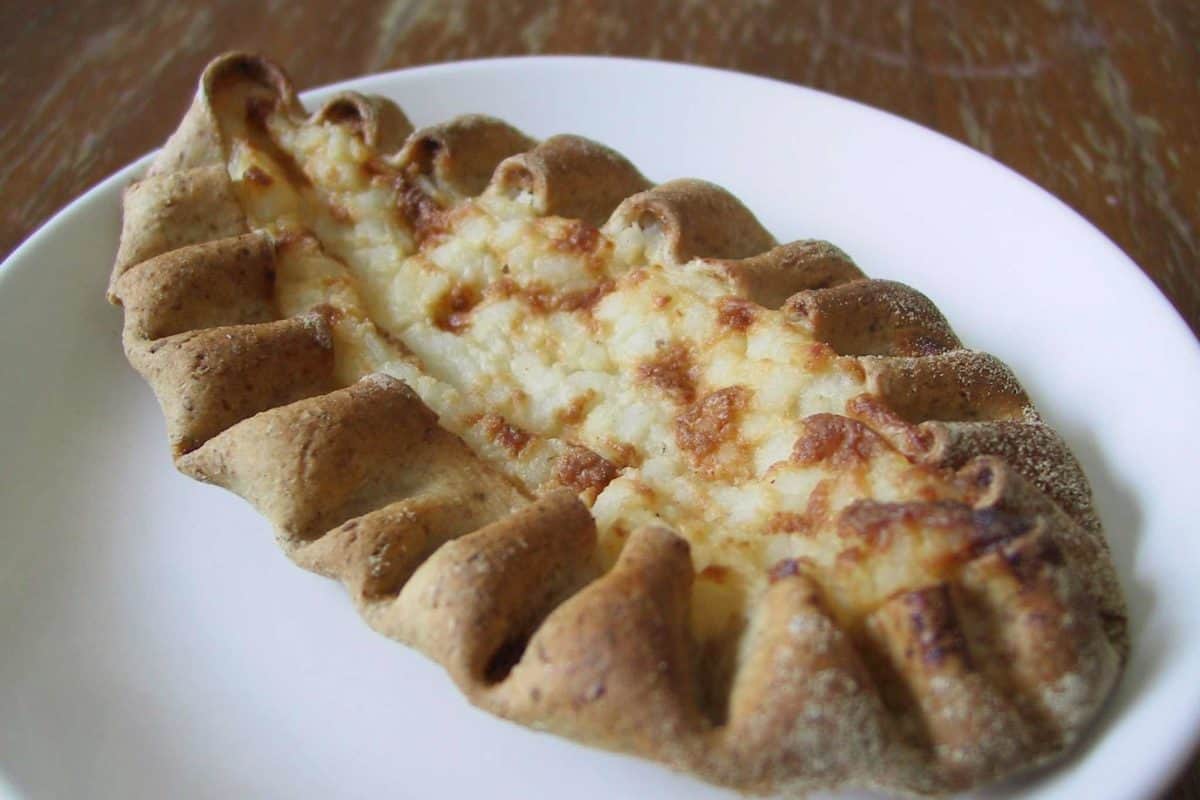 For the rice filling

Related: How To Make: Vegan Puff Pastry (Without Palm Oil)