A step-by-step guide to making the perfect buttermilk fried chicken at home. 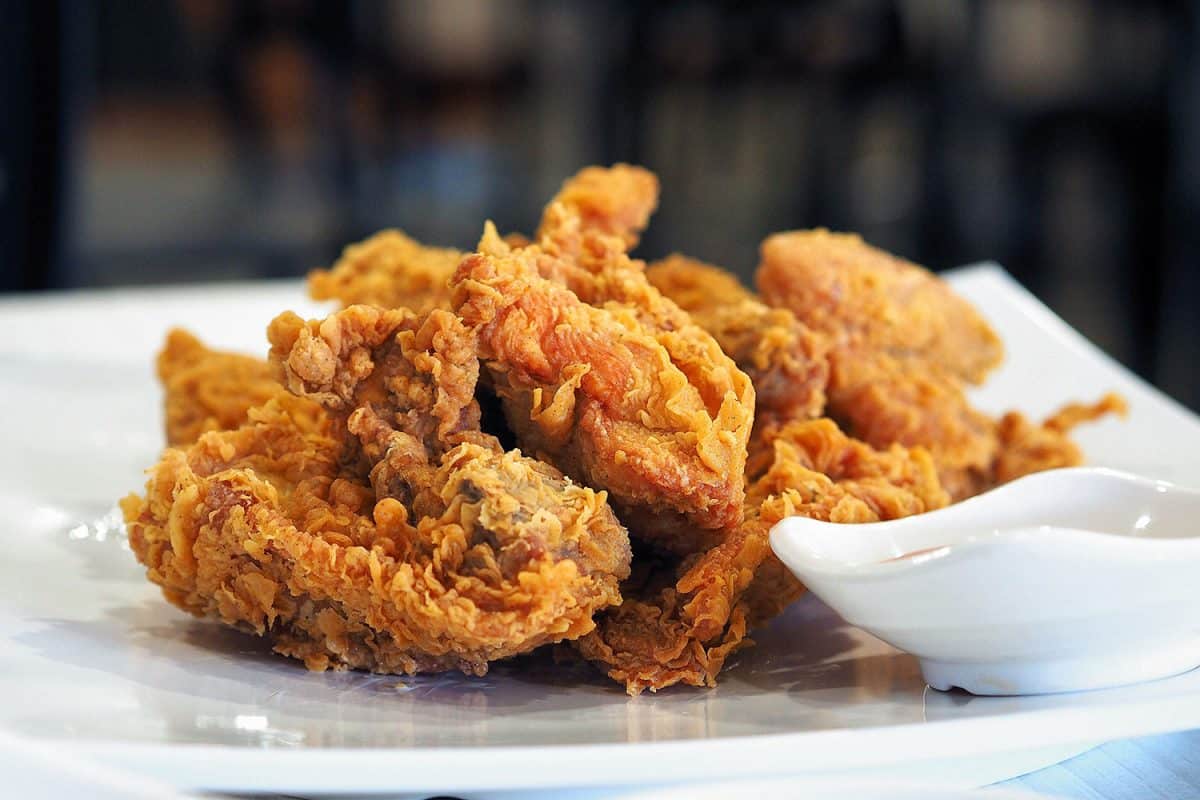 insatiablemunch, CC BY 2.0, via Wikimedia Commons

Although typically considered an all-American invention, the first written deep fried chicken recipe actually dates back to the 4th Century, featured in a Roman cookbook. As it’s known and loved today, however, the origins of fried chicken can be traced back to Scottish and West African cuisine.

Using Scottish frying techniques and West African seasoning absent in the Scottish fried chicken recipe, the dish became popular in America during the 1700s, used by African slaves in the American South. Against popular opinion, however, fried chicken was reserved for special occasions, eaten relatively rarely due to the expensive nature of its ingredients at the time.

Over the past 300 years, fried chicken has remained popular, not just in the American South, but on a global basis, mostly due to the prevalence of fast food brands such as KFC. The world’s second largest restaurant chain, as measured by sales (after McDonalds), KFC has around 24,00 outlets in 145 countries and territories. Popularising chicken in the fast-food industry, KFC was one of the first American fast-food chains to expand internationally, and the first to arrive in the UK. In 1965, the first overseas branch of KFC opened in Preston, Lancashire, pre-dating the arrival of Burger King, Pizza Hut, and McDonald’s, which opened its first UK brand in Woolwich, London in 1974. More than 900 KFC branches now operate in the UK, joined by countless chicken shops specialising in similar products.

Having become globally renowned, the KFC recipe comprising 11 herbs and spices has become one of the world’s best known trade secrets in the catering industry. The KFC recipe is so secure, it isn’t even patented. A copy of the original fried chicken recipe, signed by Colonel Sanders, is also held in a safe inside a vault in KFC’s Louisville headquarters, along with 11 vials containing the herbs and spices. While various alleged recipe leaks and laboratory tests have produced results very similar to the original KFC recipe, the exact blend of spices and quantities remains unknown, though MSG is almost definitely one of those ingredients.

With an unfair reputation that’s less than favourable, MSG is actually considered safe by the FDA, with no compelling evidence of negative health impacts when consumed in normal amounts. It’s also a necessary ingredient in making perfect fried chicken at home. I’d also recommend using a whole chicken, portioned into ten pieces, and marinating it in buttermilk with a tablespoon of herb and spice mix. Tenderising the chicken, this buttermilk fried chicken recipe has exceptionally tender flesh, contrasted by an superlatively crunchy coating.

To prepare the fried chicken, simply pat dry with kitchen roll. Run a sharp knife down each side of the bird’s spine and set the spine aside (use for stocks). Find the joint between the legs and breasts and cut to separate, using a knife or poultry shears. Separate the drumstick from the thigh by inserting a knife into the cartilage at the end of the joints connecting each piece. Remove the wings and cut the breasts into two equal-sized pieces, keeping them on the bone. Prick all 10 pieces of chicken all over with a fork or skewer and marinade for anywhere between four – 12 hours.

A typical fried chicken recipe will use a flour dredge, seasoned with a spice blend, but for extra crunch try adding a handful of Rice Krispies or corn flakes to the flour, moving the chicken pieces from the buttermilk marinade to the flour in a large tray or roasting pan. Coat all sides with the flour mix and leave to rest for 10 minutes before frying at 350-375F. While delicious on its own, this buttermilk fried chicken recipe is perfect with a simple gravy, spiked with the breading sediment from the cooking oil, buttery mashed potatoes, coleslaw, or corn on the cob. 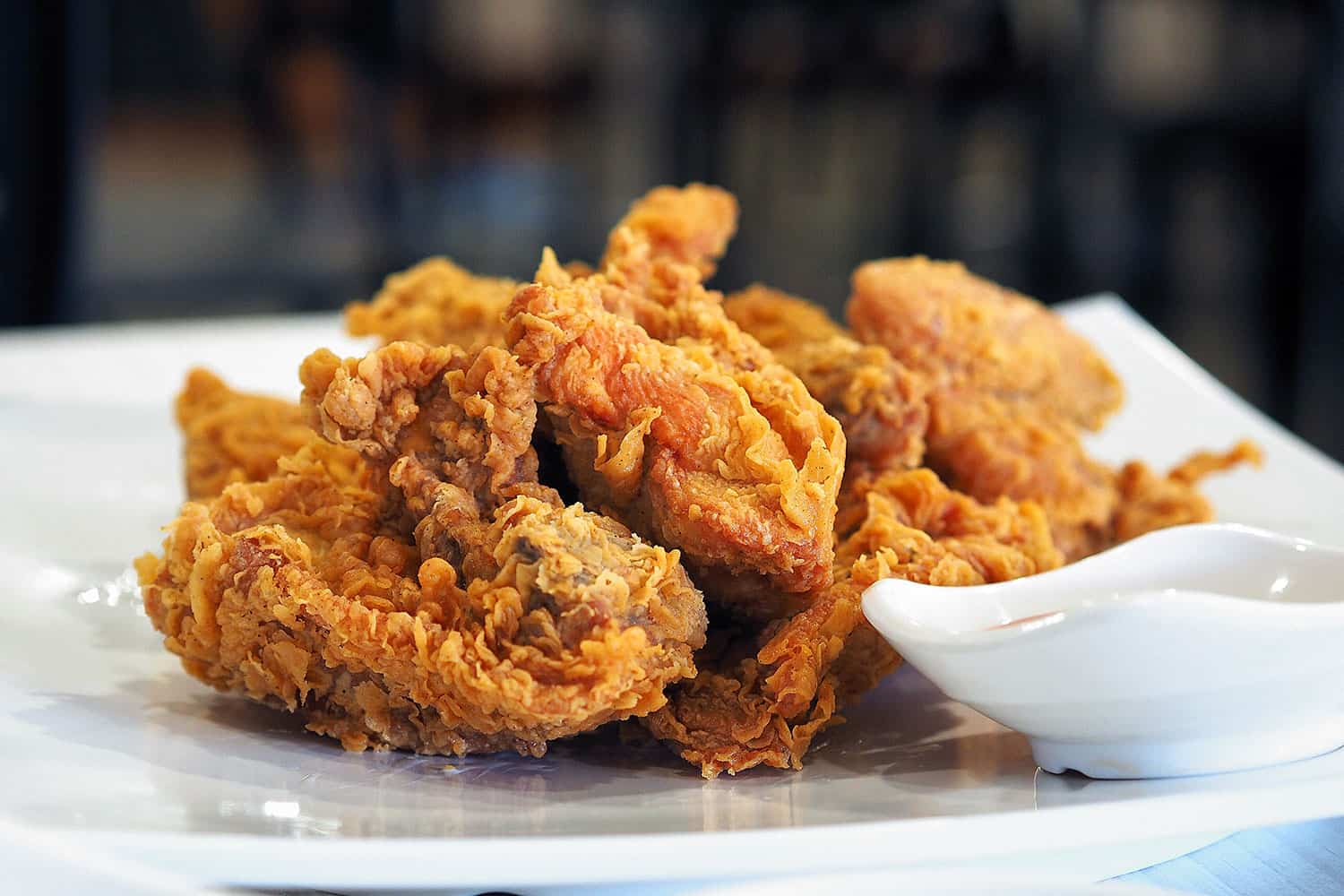 RELATED: How to make fast food favourites at home