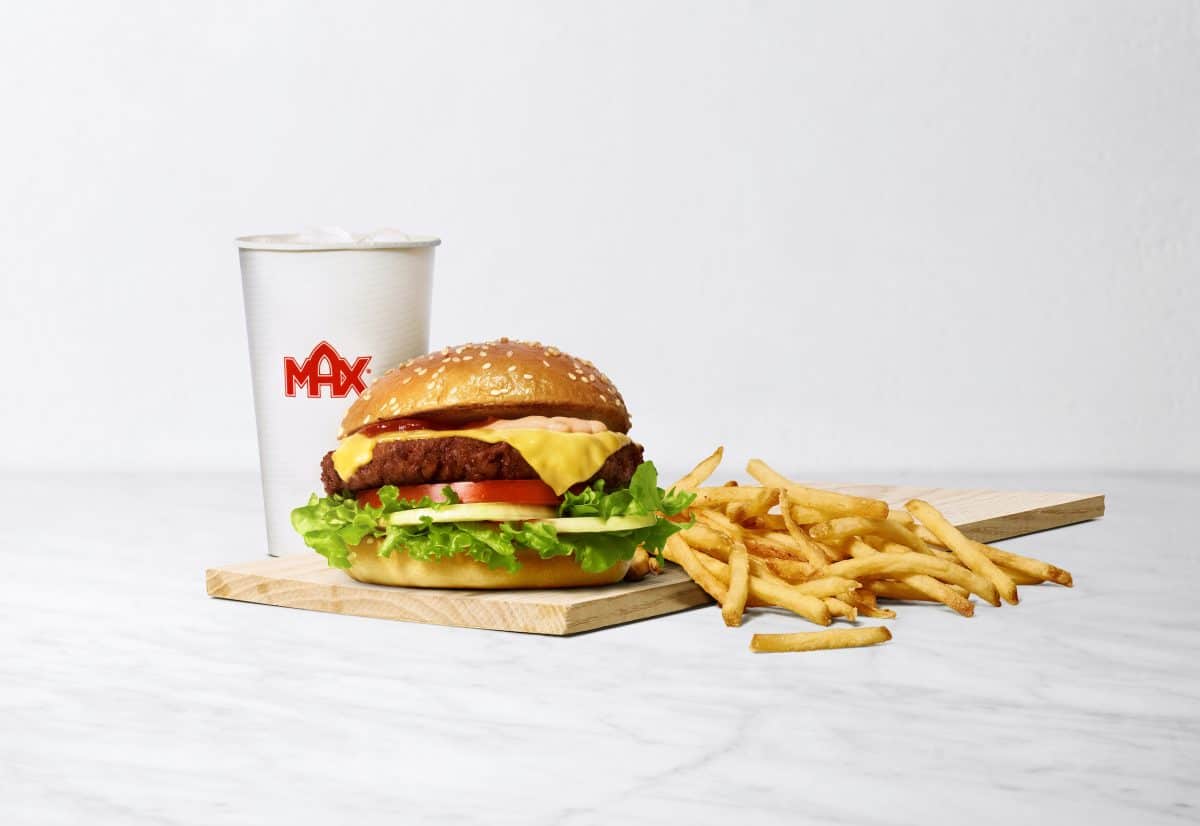 Although considered a household name in many parts of the world, when McDonald’s first arrived in northern Sweden in 1991, the chain’s Umeå and Luleå branches struggled to make an impact. Quickly realising the unpopular restaurants wouldn’t make money, both branches were sold to MAX Burgers – Sweden’s most profitable restaurant chain, and the world’s first burger joint to out-sell McDonald’s. Sixteen years later, McDonald’s attempted to open another site in Luleå, as well as in Skellefteå and Piteå, only to – once again – be forced out of business by MAX Burgers. The chain has since continued to constantly outperform both McDonald’s and Burger King, which could say a lot about the future of fast food.

“It feels great,” says MAX Burgers President, Richard Bergfors, on outperforming McDonald’s. “Our Swedish roots, our environmental work, and our obsession with great tasting burgers, whether they are based on meat, chicken, lacto-ovo vegetarian, or completely plant based, plays a big part in how well we compete with our American colleagues. A lot of Swedes know us. Many people also know about, and like, the work we do to reduce our climate impact. And our guests seem to like our efforts to create burgers that both taste and do good.”

The oldest burger chain in Sweden, MAX Burgers opened in 1968, set up by Richard’s parents, Curt Bergfors and Britt Fredriksson. (Both are still active in the company, now run by President Richard Bergfors and Vice President Christoffer Bergfors). Following the success of the first branch, in the small Swedish town of Gällivare, MAX Burgers eventually expanded to 165 sites worldwide, with restaurants in Sweden, Norway, Denmark, Poland, and Egypt. 5,500 people are employed worldwide, and 2019 saw a turnover of €380 million.

As well as winning various taste tests, serving Sweden’s favourite burgers, much of MAX Burgers’ success can be attributed its environmental practices. In 2008, the restaurant chain became the world’s first to climate-label its entire menu, then became climate positive in 2018 – reducing emissions in the value chain, in line with the global 1.5-degree UN target, and removing more climate gases than the value chain emits. For the burgers to be climate positive, MAX Burgers measure 100 percent of the greenhouse gas emissions from the entire value chain in their calculations; reduce their own emissions, continuing to add new approaches and solutions; and capture at least 110 percent of all emissions through wide-scale planting of trees to absorb and store carbon dioxide.

“Since launching our Green Family Burgers in 2016 (the plant based and lacto-vegetarian ones) we have increased sales of our green meals by 1100 percent and [are] thereby reducing our climate impact,” Bergfors tells The London Economic. “But our green burgers have also inspired others in the industry to become more sustainable.”

At the ceremony which took place earlier this month, MAX Burgers was one of this year’s Swedish winners of the The Quality Innovation Award 2020. The international award is handed in in over 20 countries, with winners considered role models in the industry. MAX Burgers was awarded for the work and development of their plant-based burger – Delifresh Plant Beef. Following years of research and development, the restaurant group’s Delifresh Plant Beef burger is an alternative to red meat, made from plant-based protein that looks, smells, and tastes like meat, developed by Head Chef Jonas Mårtensson and the MAX Burgers product development team.

“By the end of 2022, we aim to have 50 percent of our sold meals to be comprised of something other than beef, as a way for us to reduce climate impact,” Bergfors explains. “To reach our goal, we figured that we had to find an alternative to meat that did not only appeal the group of our guests already eating green burgers – but to die-hard meat lovers. We realised that the result had to be so good that meat lovers would want to come back and eat the burger time and time again.”

While the effects of the Covid-19 pandemic have caused an economic setback for MAX Burgers, compared to previous years, the company continues to work towards creating a climate positive global standard, while currently remaining climate positive. Richard Bergfors even goes as far to suggest the effects of the pandemic have strengthened MAX Burgers as an organisation, having decided to invest in food solutions solving guests’ new needs over the past year.

“While implementing new ideas, we had to find a balance between moving forward but at the same time following restrictions and regulations.”

As well as experimenting with new flavours, the company launched several new burgers last year, all of which are available with Delifresh Plant Beef. They’ve also set up a MAX Burger app to speed up implementation of in-app ordering while introducing a table, car, and curbside service.

Looking to the future of MAX Burgers, and fast food in general, Richard Bergfors remains optimistic and sees opportunities to continue growing and expanding the business.

“We will continue with our ambitious plan for expansion and will open more restaurants in existing countries as well as on a greater international level – to provide burgers that both taste and do good to more people.”

“We want to inspire more people and our industry to eat and provide more plant-based meals and I think we will continue to see a shift in people’s eating habits to include more “green” foods. I think future generations will eat more green food in general and great tasting plant-based protein will be the new normal.”

RELATED: A Small Farm Future: ‘Does Goldman Sachs care if you raise chickens?’