"He can’t wriggle out of this one, the net is closing in on him," Luke Pollard said. 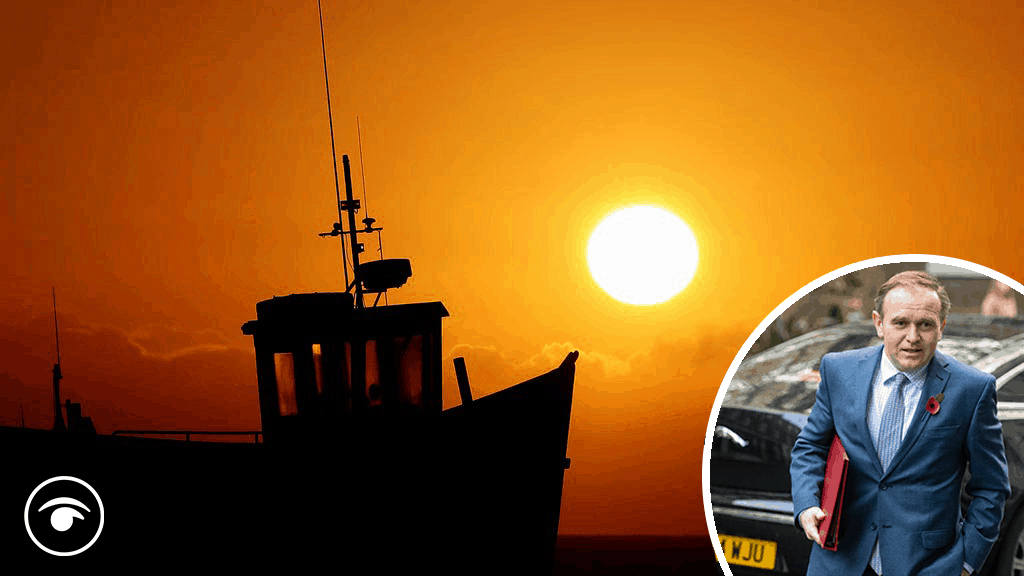 The Environment Secretary has faced demands from Labour to apologise for pushing many fishing businesses to the brink of “collapse” via the Government’s Brexit deal with the EU.

Shadow environment secretary Luke Pollard added that the sector has “lost trust and confidence” in the Department for Environment, Food and Rural Affairs (Defra).

But Cabinet minister George Eustice insisted the deal has allowed the UK to “regain control of regulations in our waters”, and volumes of trade are back up to “around 85 per cent of normal volumes” following a challenging start to the year.

The exchanges came as the National Federation of Fishermen’s Organisations expressed fears that the Scottish industry is being given “priority” by the Government ahead of the Scottish Parliament elections in May and with a “second referendum on the union hanging in the balance”.

It added: “Likewise, fears are mounting south of the border, that the lion’s share of additional quota secured as part of that Christmas Eve deal will be used to placate nationalist sentiments in Scotland.”

Speaking in the Commons, Labour’s Mr Pollard said: “Fishing boats are tied up, fish exporters are tied up with red tape.

“Fishing was promised a sea of opportunity but the reality is many fishing businesses are on the verge of collapse. Much of the so-called extra fish may not even exist or be able to be caught by British boats.

Mr Eustice replied: “I’ve made clear all along that the Government had hoped to get closer to a zonal attachment sharing arrangement in that first multi-annual agreement, but there is a significant uplift of 25 per cent of the fish that the EU has historically caught in our waters that they’ve been required to forfeit as the price for continued access.

“That additional fishing quota is worth £140 million.”

NFFO – News It may be nothing, but No 10 has replied to the Scottish Fishermen’s letter criticising the outcome of the Trade and Cooperation Agreement with the EU, whilst the NFFO’s letter has gone unanswered. https://t.co/knM4feAibd

“He can’t wriggle out of this one, the net is closing in on him”

But Mr Pollard added: “There was no apology, no sense of reality from the Secretary of State. He can’t wriggle out of this one, the net is closing in on him.

“The reality is that fishing has lost trust and confidence in the actions of Defra for all the broken promises.”

Mr Eustice defended the Government’s deal on fishing and said there had been some new “administrative processes” in place which had proved “challenging” for the sector in January, with a support fund put in place.

In response to a separate question from Liberal Democrat MP Wendy Chamberlain (North East Fife), Mr Eustice said: “It is worth noting that we are now seeing lorry-loads of fish clearing border control posts in France, typically in under an hour, sometimes a little bit longer, but it is an improving situation and volumes of trade are back up to around 85 per cent of normal volumes.”

Conservative MP Neil Parish, who chairs the EFRA committee, called for a digital system to be introduced to make it easier for UK businesses to export to and import from the EU.

And Sir Gary Streeter, Conservative MP for South West Devon, highlighted problems faced by UK exporters to the EU and suggested immediately imposing the same checks on fish products from EU countries arriving in the UK.

He said: “So regulatory equivalence, would this not help bring people to the table to resolve the current disruption being suffered by our fishing industry?”

Mr Eustice replied: “When we do start to introduce those checks they will indeed be equivalent and similar to the types of checks that the European Union is currently requiring on our own fish exports.

“At that point I hope there will be an opportunity for some discussion about how we can each ensure that we have the right safeguards in for our respective markets in a way that is more user-friendly and more pragmatic, and there are countries in the world that have better, more developed systems for this documentation than the European Union.”