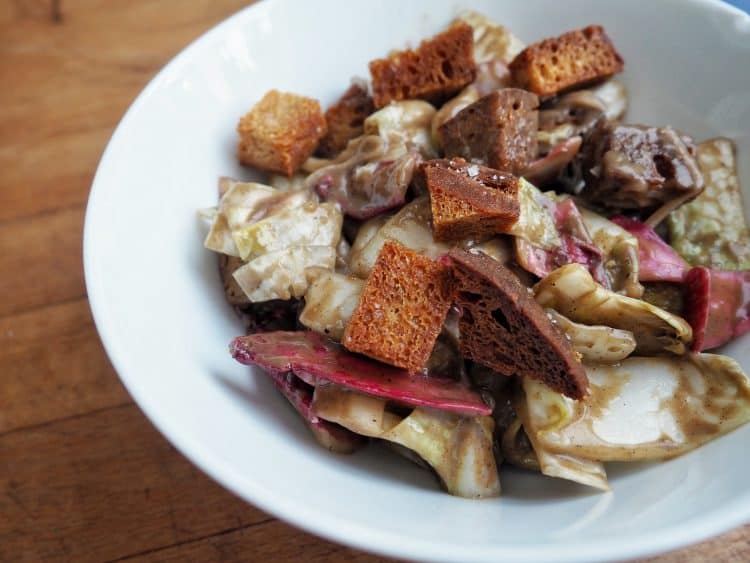 Salads are generally considered either uninteresting, unappetising or perfunctory as garnish: consumed in search of good health, rather than prized for exciting flavour. Sure, many salads are beyond terrible (particularly the pre-packaged options) but salad can and should be great – so much more than a cursory side dish or healthy/vegetarian option. Like most of the best salads, this bitter leaf salad with pickled walnut dressing uses just a few ingredients yet is so much more than the sum of its fundamental parts.

A classic British delicacy, pickled walnuts have been enjoyed since at least the early 18th century, referenced in works by authors such as Charles Dickens and Evelyn Waugh. Although various brands produce pickled walnuts, Opies in Kent is the country’s only large-scale producer. Founded by Bennett Opie in 1880, the business began selling eggs before producing Britain’s first non-imported glacé cherries in 1920. Quickly moving on to cocktail cherries and other cocktail pickles, such as onions, olives, and gherkins, Opies began to make pickled walnuts during the 1970s. To make the delicacy, walnuts are handpicked while still green, before a hard shell forms, then steamed in a large steel drum before being soaked in vinegar and sugar. The walnuts are then packed into jars containing a secret-recipe bottling vinegar. While pickled walnuts can be made at home, the production is particularly laborious.

Popular at Christmas, pickled walnuts have a sweet-sour flavour and are most commonly served with cold meats or cheeses (especially Stilton). They’re also particularly suited to being used in beef recipes, such as pies. St JOHN in Clerkenwell, for instance, occasionally serves an exceptional ox cheek and pickled walnut pie, while also favouring pickled walnuts elsewhere on their menus. In some ways, this bitter leaf salad recipe pays tribute to the simplicity of St JOHN, celebrating the restaurant’s clear love of often unfashionable ingredients. Here, pickled walnuts are blended with an equal amount of vinegar, plus good-quality olive oil, and a few cloves of roasted garlic to produce a dressing for sliced endive and chicory leaves, capped with garlicky croutons. 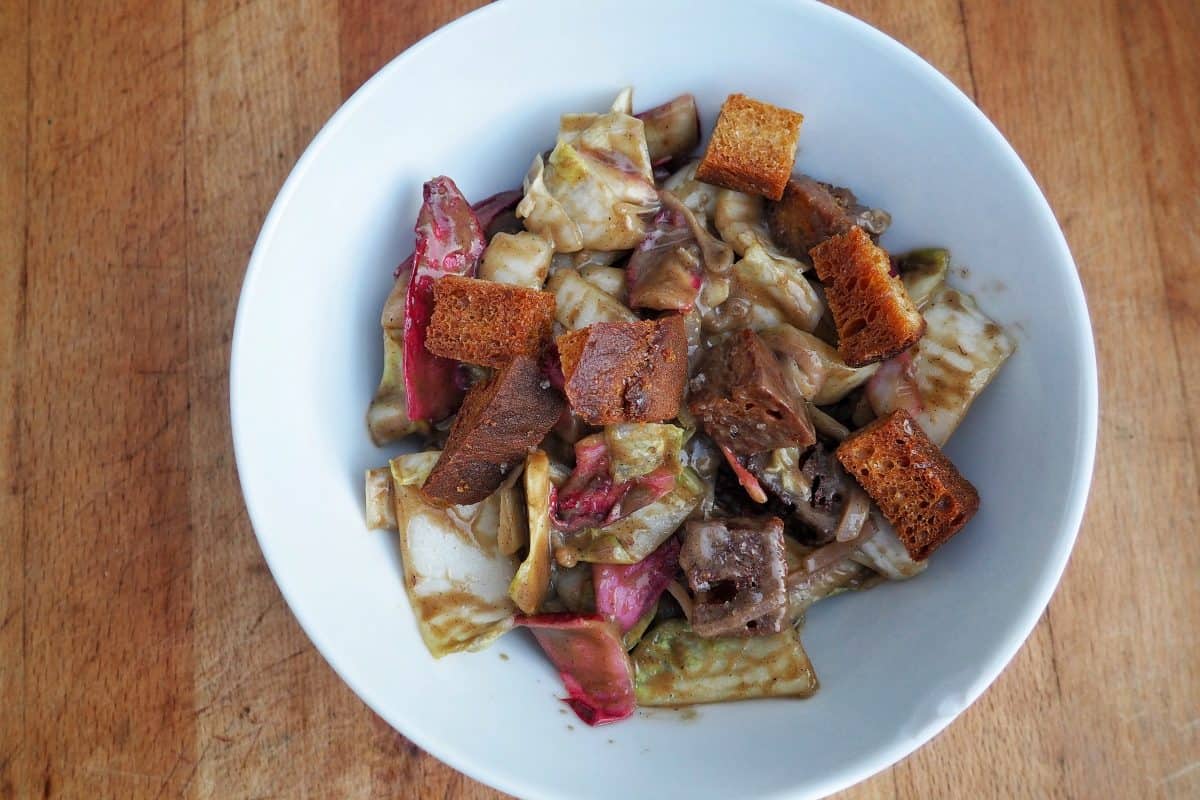 For the pickled walnut dressing