Thanks to its towering, khaki cliffs, cinematic volcanoes and long, golden beaches, Hawaii is a filmmakers metropolis. And for that exact reason, this isolated group of 137 islands has been used as a captivating, tropical set in movies for decades – from Jurassic Park and Pirates of the Caribbean to 50 First Dates and Aloha. […] 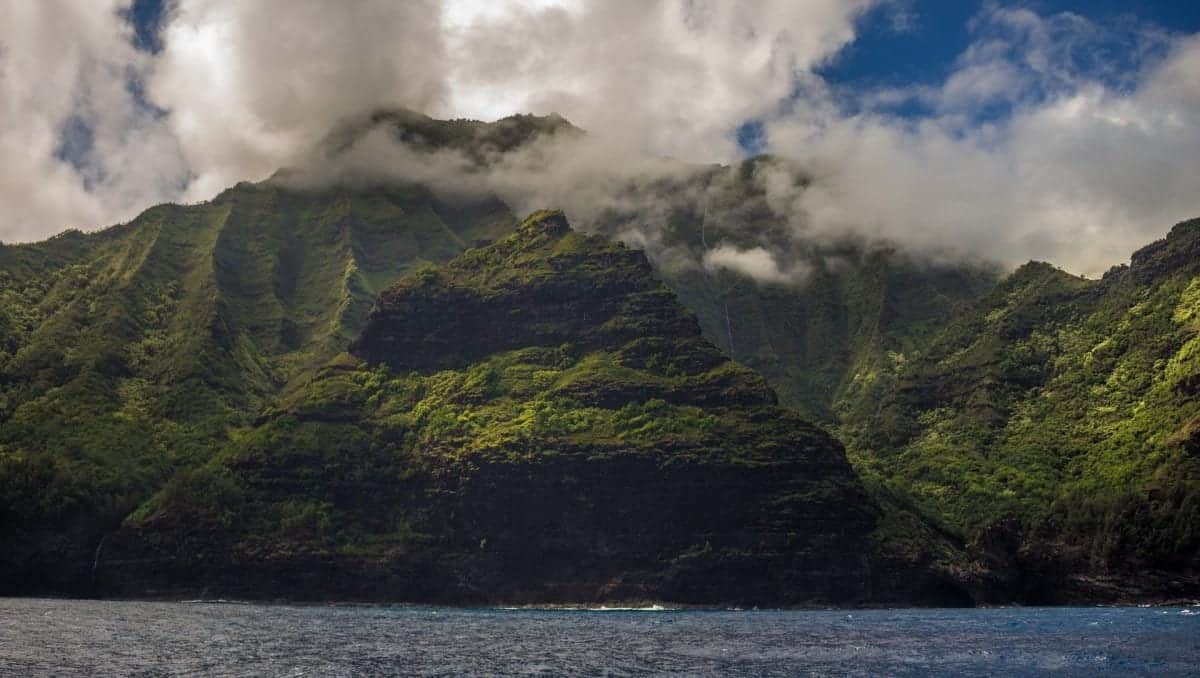 Thanks to its towering, khaki cliffs, cinematic volcanoes and long, golden beaches, Hawaii is a filmmakers metropolis.

And for that exact reason, this isolated group of 137 islands has been used as a captivating, tropical set in movies for decades – from Jurassic Park and Pirates of the Caribbean to 50 First Dates and Aloha.

To celebrate 25 years since the creation of Steven Spielberg’s original Jurassic Park, we picked out five of the most famous movie locations in Hawaii.

Visitors can explore the 4,000-acre private nature reserve and walk around sets from films including: the Indominus Rex dinosaur pen in Jurassic World Fallen Kingdom, the bone yard from Kong: Skull Island, Godzilla’s footprints, the bunkers from LOST, a Hawaii Five-0 set, and even check out the location of the Hukilau Cafe from 50 First Dates. To refresh film enthusiasts’ memories, movie clips of the various scenes shot at Kualoa are shown throughout the tour. Those interested in the ultimate bragging rights can snap a selfie in front of the famous fallen log from Jurassic Park and see where palaeontologist Alan Grant and the kids took shelter from the Tyrannosaurus rex in the 1993 movie production.

Travellers wanting the best view of the dramatic coastline can take a boat cruise along the Nāpali Coast to see the world-famous 3,500 foot sheer cliff formation. Guests can sail along the coast and admire the scenery used in Pirates of the Caribbean: On Stranger Tides and King Kong.  Descendants, starring Hollywood heartthrob George Clooney, was also filmed on one of Kaua’i’s stunning beaches.

Thrill-seeking Jurassic Park fans can venture deep into the depths of Kaua’i’s rugged and barren terrain by helicopter and land at the foot of Manawaiopuna Falls. The waterfall was made famous 25 years ago when the film’s stars landed on ‘Isla Nublar’ for the first time to start their adventure. The 80 minute tour includes panoramic views over Kaua’i, a landing at the foot of the falls and the chance to walk close enough to feel the spray of the 400 foot waterfall. Better still, the pilot plays the Jurassic Park film tune upon landing at the waterfall, as well as providing details about the native plants, geologic formations and agricultural history.

Turtle Bay Resort is home to numerous blockbuster movies. Located on the island’s North Shore and set on 850 acres, the resort boasts miles of beaches, jungle, farmlands, forests and the hotel structure offer the perfect backdrop for movies, TV shows and photo shoots. From TV series Hawai’i Five O and Lost, to chick flicks Forgetting Sarah Marshall, where the resort is not only the feature of the film, but referred to under its own name. the resort is home to the famous giant Kawela Bay banyan tree, seen in the recent film, Jumanji: Welcome to the Jungle.

The 100 acre botanical garden on Kaua’i’s south shore is home to the iconic Moreton Fig Trees and the trees have also been used as the backdrop of numerous blockbuster movies such as South Pacific and Pirates of the Caribbean. Travellers can explore the gardens at leisure or book a guided walking tour, taking in the sights of the towering rainforest trees, bamboo and tropical fruit trees.