Roughly the size of Neptune, it is fifteen times bigger than our own satellite - and is some 8,000 light years away 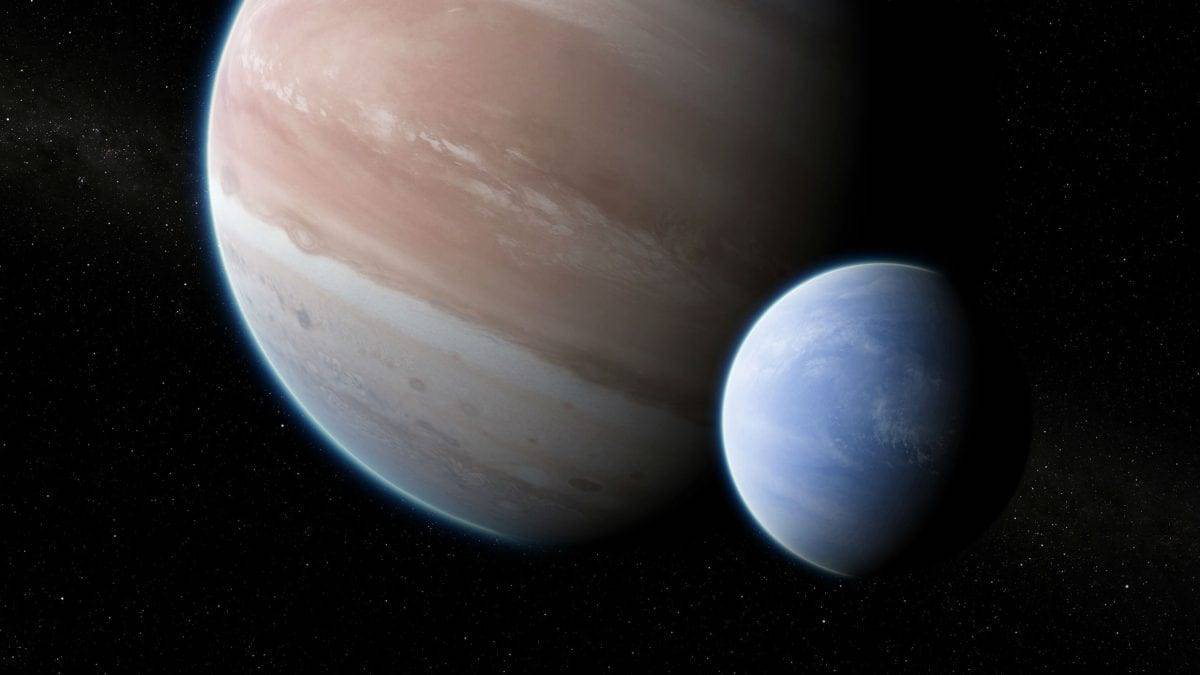 The first known moon beyond the Solar System has been discovered by astronomers.

Roughly the size of Neptune, it is fifteen times bigger than our own satellite – and is some 8,000 light years away.

To date more than 3,000 exoplanets – worlds orbiting stars other than the Sun – but no ‘exomoons’.

Dr David Kipping, an Assistant Professor at Columbia University in New York, said:
“This would be the first case of detecting a moon outside our solar system.

“If confirmed by follow-up Hubble observations, the finding could provide vital clues about the development of planetary systems and may cause experts to revisit theories of how moons form around planets.”

The hunt for exomoons – which are just as likely to harbour life – has run parallel to that for moons.

But these extrasolar satellites had lingered at the limits of detection with current techniques.

Dr Kipping and Columbia colleague Alex Teachey say they now have compelling evidence for one – thanks to its large size. They believe it’s orbiting a gas giant.

Almost 200 moons have been identified in our own star system – and none are anywhere near as gargantuan.

Using the Kepler space telescope the researchers analysed data from 284 exoplanets which had wide orbits – periods greater than 30 days – around their host star.

The observations measured the momentary dimming of starlight as a planet passed in front of its star – called a transit. One planet called Kepler 1625b had intriguing anomalies.

Dr Kipping explained: “We saw little deviations and wobbles in the light curve that caught our attention.”

The results were enough for the team to get 40 hours of time with NASA’s Hubble to intensively study the planet – supplying them with data four times more precise.

They monitored the planet before and during its 19-hour-long transit across the face of the star. 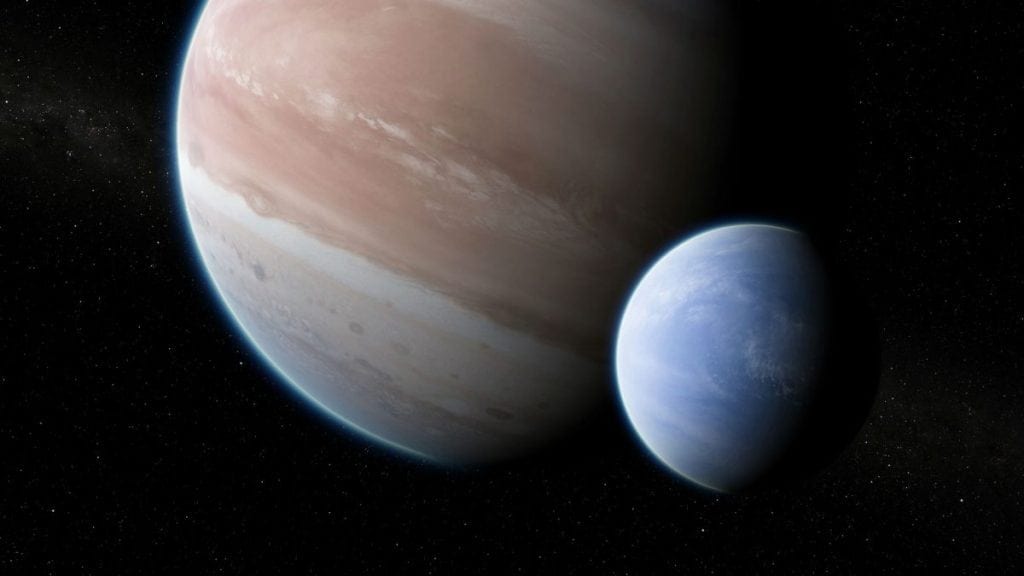 After it ended the telescope detected a second and much smaller decrease in the star’s brightness three-and-a-half hours later.

Dr Kipping said this was consistent with “a moon trailing the planet like a dog following its owner on a leash. ”

He said: “Unfortunately, the scheduled Hubble observations ended before the complete transit of the moon could be measured.”

The study, published in the journal Science Advances, also provided supporting evidence for the moon by discovering the planet began its transit 75 minutes earlier than predicted.

This suggested both it and the moon were orbiting a common centre of gravity – known in astronomy as the ‘barycentre’ – that would cause the planet to wobble from its expected location.

Dr Kipping said: “An extraterrestrial civilisation watching the Earth and Moon transit the Sun would note similar anomalies in the timing of Earth’s transit.@

In principle this anomaly could be caused by the gravitational pull of a hypothetical second planet in the system.

But Kepler found no evidence for additional planets around the star during its four-year mission, said the researchers.

Lead author Mr Teachey, a graduate fellow in astronomy, said: “A companion moon is the simplest and most natural explanation for the second dip in the light curve and the orbit-timing deviation.

“It was a shocking moment to see that light curve – my heart started beating a little faster and I just kept looking at that signature.

“But we knew our job was to keep a level head testing every conceivable way in which the data could be tricking us until we were left with no other explanation.”

Intriguingly this is close to the ratio in size between the Earth and its moon, said the researchers.

But in this case an early collision with a larger body is hypothesised to have blasted off material that later coalesced into a moon.

The same is believed to have happened in the Pluto-Charon system – the largest of the five known natural satellites of the dwarf planet.

But Kepler 1625b and its moon are gaseous – not rocky – so such a collision may not lead to the condensation of a satellite.

Exomoons are difficult to find because they are smaller than their companion planet and so their transit signal is weak. They also shift position with each orbit.

In this search, the Neptune-sized moon would have been among the easiest to first detect because of its large size.

The host planet and its moon lie within the habitable zone of the star Kepler 1625 where moderate temperatures allow for the existence of liquid water on solid surfaces.

But Dr Kipping said: “Both bodies, however, are considered to be gaseous and therefore unsuitable for life as we know it.”

Future searches will target Jupiter-sized planets that are farther from their star than Earth is from the Sun. There are just a handful of these in the Kepler database.