All Boris did is make the Freedom Pass apply for 24 hours a day, so Elsie can travel through the night instead of sleeping in her bed. 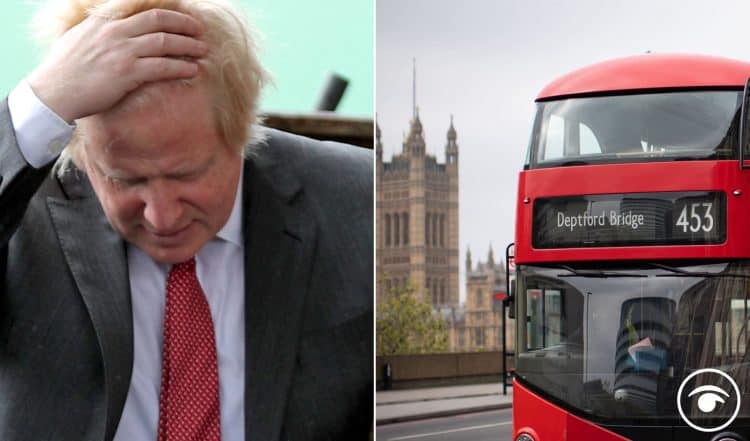 Yesterday the prime minister conducted a car crash interview with GMB’s Susanna Ried – over 1,000 days since he hid in a fridge to avoid questions on the programme.

The presenter discussed the awful plight of a pensioner called Elsie who used her bus pass to ride on public transport all day so she could keep the heating off at home due to the cost-of-living crisis.

The story was shocking but the PM’s response was that he introduced the freedom pass so she could at least get on public transport.

Elsie has since replied to say she was not very happy with Johnson’s comments.

But as it turns out, he didn’t even introduce the pass!

It has been paid for by London Councils since the 1980s, and not the Greater London Authority, which is headed by the Mayor of London.

He did, however, make the Freedom Pass apply for 24 hours per day (except on some national train services) in early 2009, so Elsie can travel through the night instead of sleeping in her bed.

Full fact concluded: “As Mayor of London, Boris Johnson did change the Freedom Pass so it applied 24 hours a day on most services, although he did not introduce it originally. Following a bailout deal between Transport for London and Mr Johnson’s government in 2020, it no longer functions 24 hours a day.”

It comes as George Eustice was sent onto the morning shows to try and defend the PM.

Sky’s Kay Burley asked the Minister: “Boris Johnson said that he introduced the freedom bus pass, he didn’t, so why would he say that?

Eustice then replied: “He’ll know better than any of us what he might have done when he was London mayor.”

Well the garden bridge, unusable water cannons and Boris island do stick in the mind…

The Daily Star wasn’t buying the PM’s claims either and their front page is pretty amusing.

Related: ‘How would you feel if it was your mother?!’ ask Kay Burley as she erupts at Tory MP over Boris Johnson