A photo shows the front of the bus in Pittsburgh pitched into the air. 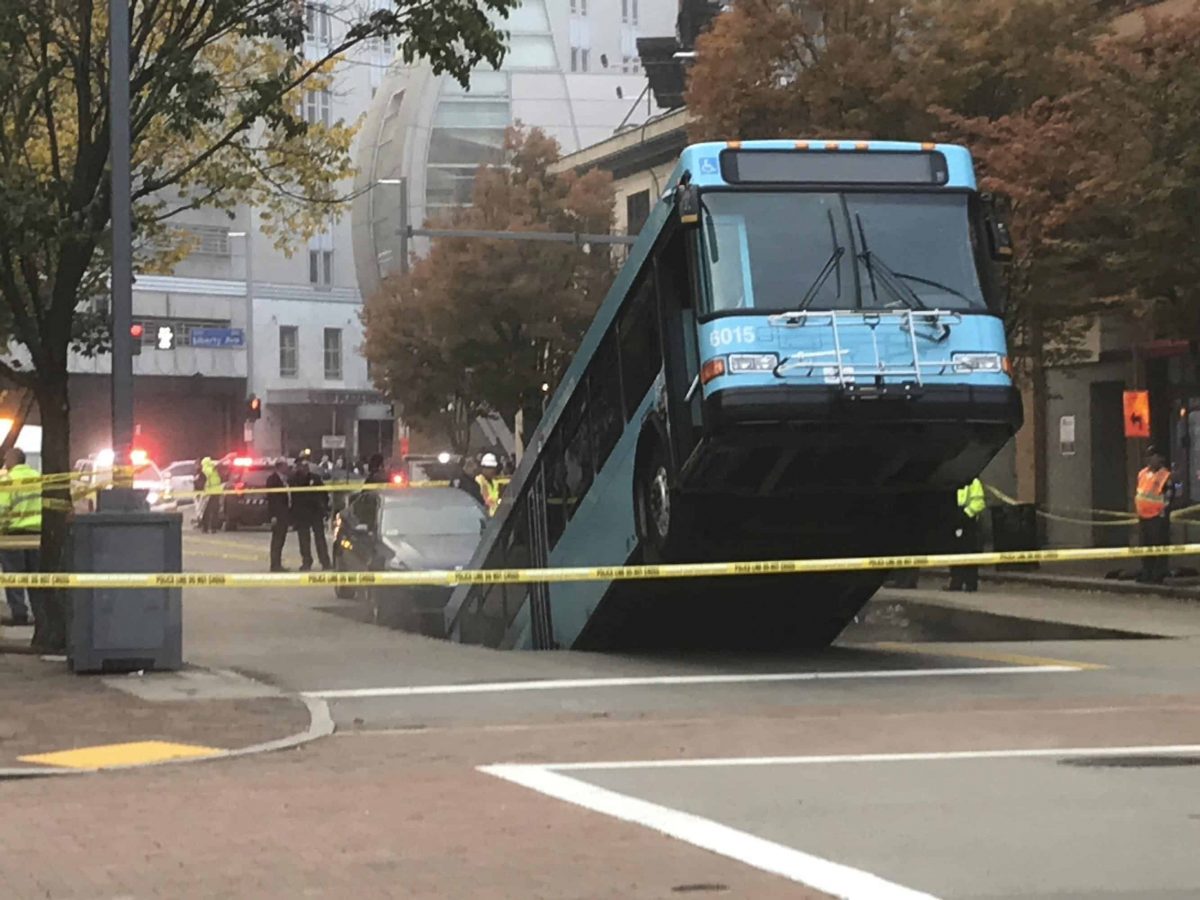 The front of a city bus is up in the air after a sinkhole opened under it during rush hour in Pittsburgh, US.

The Port Authority of Allegheny County says the lone passenger is being treated for minor injuries.

The agency tweeted that the bus was at a red light when the street gave way and the rear half plunged into the hole.

A photo shows the front of the bus pitched into the air and the front wheels of a car that was behind it dangling over the sinkhole’s edge.

Officials are waiting for a tow truck to remove the bus.