The warm reception has been contrasted to Donald Trump's welcome last night. 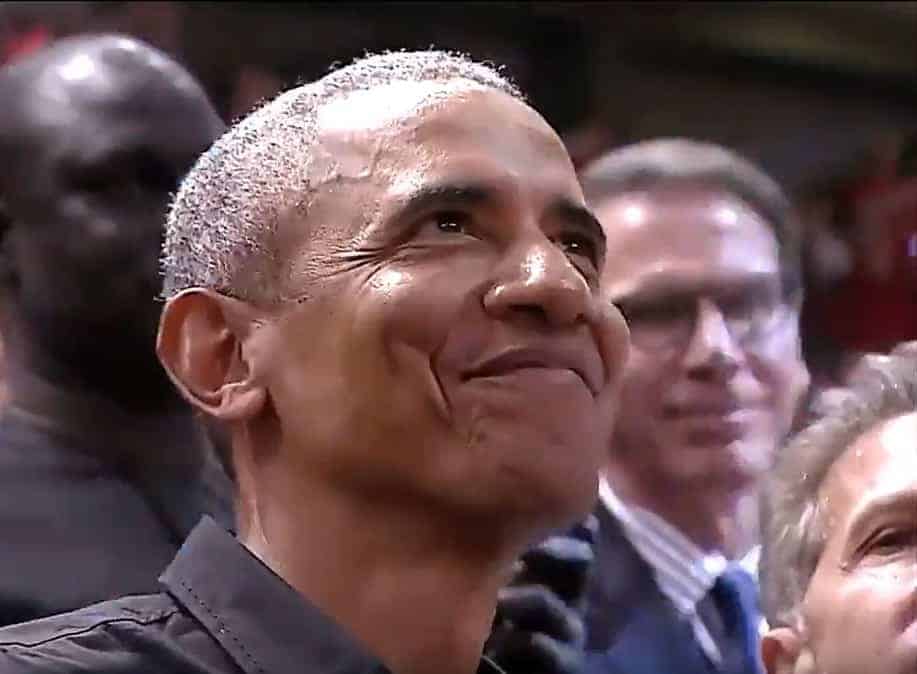 A video of Barack Obama receiving a rapturous reception at a Toronto Raptors game has gone viral today after Donald Trump was roundly booed by fans in Washington.

The former Democrat President gracefully received a warm welcome when he attended Game 2 of The Finals earlier this year.

He sat next to NBA Commissioner Adam Silver across the court from the Toronto bench, getting a loud ovation and “MVP! MVP!” chants when shown on the overhead video screen and introduced in the second quarter.

The video has been contrasted to Donald Trump’s appearance at Game 5 of the World Series between the Washington Nationals and Houston Astros at Nationals Park yesterday.

When he was shown on the video screens in the stadium he was loudly booed by fans, with cries of “Lock him up!” ringing out across the stadium.

Trump left the game with one inning to go, although it was unclear whether he was unhappy with the reaction of the crowd.

The President has been the first to break the time-served tradition of throwing out a first-pitch at a baseball game during his time in office.

Major League Baseball’s commissioner, Rob Manfred, said the President had told him he did not want to participate in the ceremony at this year’s World Series “in order to make the fan experience as positive as possible”.

Related: Trump says watching the death of IS leader was “just like watching a movie”