The new Premier League season is underway, the transfer window has closed – but which fans are getting real value for money this season? The research has looked into the value around the Premier League, looking at season ticket price coupled with the average wage for a person around the area. And well, it is […] 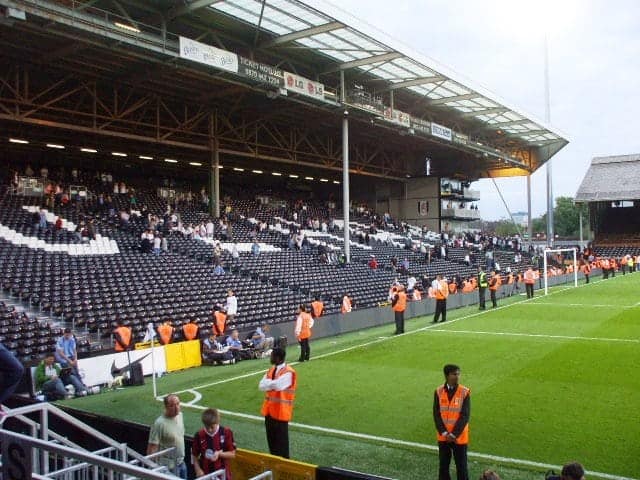 The research has looked into the value around the Premier League, looking at season ticket price coupled with the average wage for a person around the area.

And well, it is good news for the newly promoted teams – with Fulham coming out on top!

Fulham were one of the biggest spenders in the Premier League and Europe this summer, indeed they were the first newly promoted side ever to spend in excess of £100million.

And that means even more great value for them, the evidence shows that Fulham are offering great value to the loyal Whites followers.

Fulham come out on top just ahead of fellow new boys Cardiff City – whose fans can get a ticket priced at just 1.2% of their average income.

But it is not just the smaller club proving value, with champions Manchester City and big spending Chelsea also amongst the best.

City came in fourth with their fans needing to spend just 1.4% of their income on the cheapest ticket, whilst Chelsea came out at 1.8% – which again might be seen as good value considering they spent £128million in the summer transfer market – the second most in England. 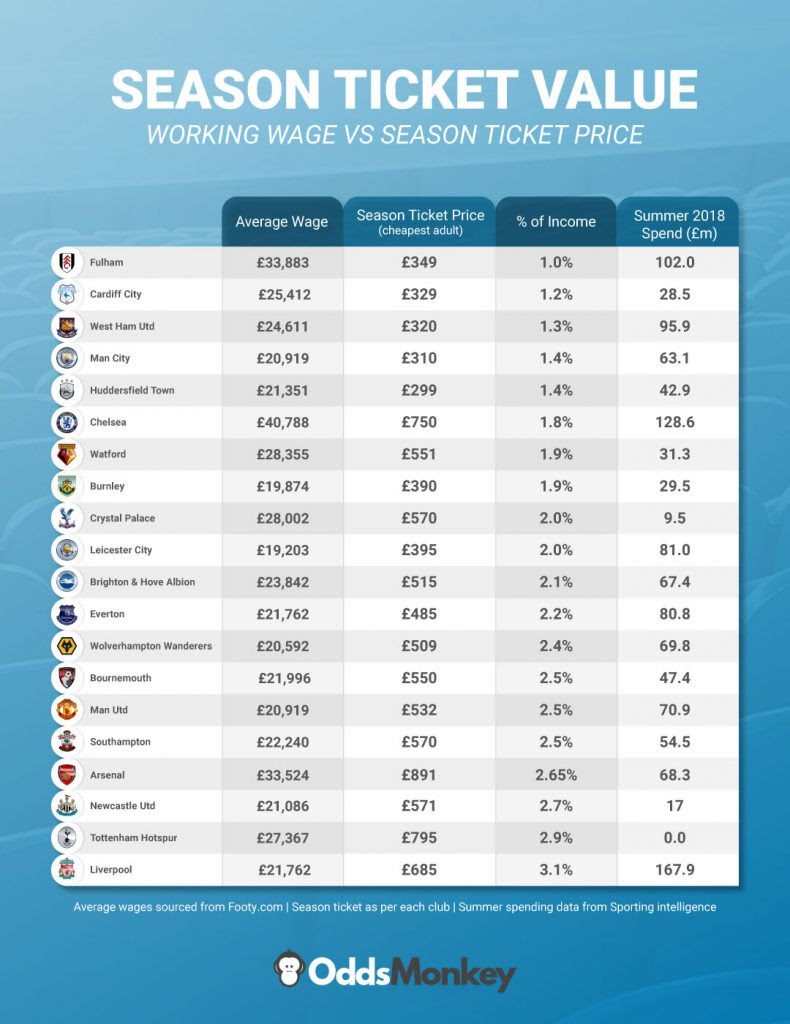 At the other end of the spectrum, it is not so good news for the followers of Liverpool, Tottenham and even Newcastle United.

Liverpool’s fans cheapest option is £685, and with the city’s average wage being just £21,762 – that is a whopping 3.1% of their average income – although the Reds fans will have been pleased with their club’s summer in the transfer market, as they were the biggest in England after shelling out nearly £170million on new players.

Spurs fans are a little better off as their average wage is that much better in the capital at £27,367  but tickets at th new White Hart Lane are not cheap at £795 – indeed only rivals Arsenal have the most expensive cheapest ticket in the league.

Coupled with the fact Spurs spent nothing this summer, and their fans are still yet to see their new stadium finished – it has not been a great time for Tottenham followers.

But third worst, are Newcastle – but their fans already insist they are getting poor value for money. The cheapest seat at St James’ Park will set you back £571 and coupled with the city’s average wage of £21,086 – that is 2.7% of their wage – which is one of the worst in the Premier League.

OddsMonkey spokesman Peter Watton commented: “Tottenham and Newcastle fans – already disgruntled from their lack of transfer activity, probably will not be surprised to see themselves amongst the worst value – indeed it will probably just add to their current mood, especially for Newcastle fans.”