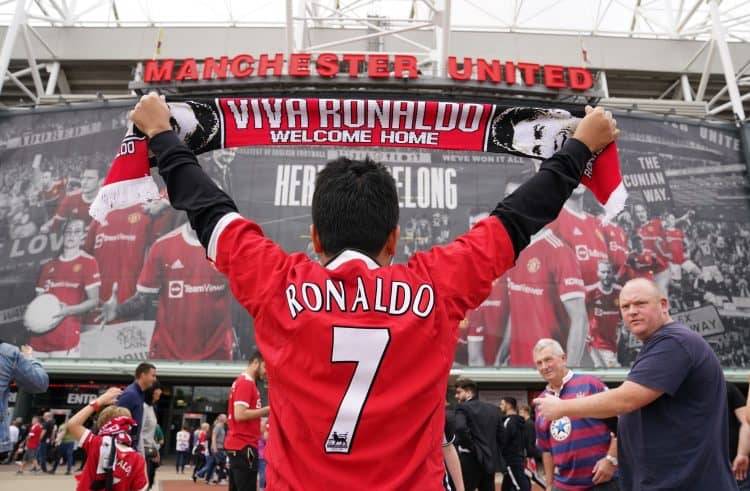 As Cristiano Ronaldo prepares to make his second Red Devils debut, a survey has revealed that more of the club’s fans live in London than Manchester.

Just over half of Premier League fans – 55 per cent – actually support their hometown club, the poll suggests.

On average, they live 83 miles from the side they follow – and more than 20 per cent admit never having gone to the team’s ground.

The figure is particularly revealing for Manchester United fans – of whom 18 per cent live in London, and just 14 per cent reside in Manchester.

Liverpool fans are similarly dispersed, with just 13 per cent on Merseyside and 14 per cent living in the capital.

Fans will see their team play in the flesh an average of six times a season – but they will watch them a dozen times on TV, according to the Virgin Media survey.

Ronaldo was named in United’s starting line-up against Newcastle on Saturday as the returning forward made his second debut for the club.

The 36-year-old completed his move from Juventus on deadline day and was thrust straight into the starting line-up.

Ronaldo signed a two-year contract with the option of a further season, just days after United struck the blockbuster deal.