"You can tell a lot about a government based on the company it keeps," Friends of the Earth said. 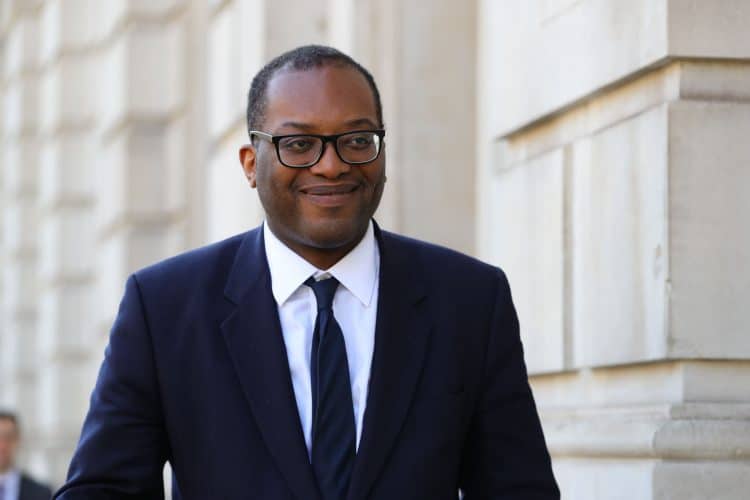 Analysis by environmental investigation group DeSmog reveals that ministers from the Department for Business, Energy and Industrial Strategy (BEIS) held 63 meetings with fossil fuel and biomass energy producers between 22 July 2019 and 18 March 2021.

But ministers – including Kwasi Kwarteng, the business secretary – held just even private meetings with renewable energy generators in the same period.

The lack of face-time for clean energy firms comes despite the prime minister announcing a push for offshore wind power last year, as part of his ten-point plan for reaching net zero.

Connor Schwartz, the climate lead at Friends of the Earth, said the disparity highlighted ministers’ priorities and sent a poor signal ahead of Cop26 in Glasgow in November.

He told the Guardian: “You can tell a lot about a government based on the company it keeps – this volume of meetings with the fossil fuel industry shows where priorities and loyalties lie.

“As we head into the Glasgow climate talks, this government needs to end UK support for damaging fossil fuels, not entertain the [fossil fuel] industry by filling their diaries with this number of meetings, and to the exclusion of the renewable sector.”

A government spokesperson said: “These claims are ludicrous. We make no apology for meeting major energy suppliers and employers during a global pandemic, but these figures are a highly selective and small snapshot of private meetings which misrepresent our wider engagement and priorities.

“In this year alone, we’ve secured record investment in wind power totalling £450m which has created and secured 2,400 jobs. In addition, we have published a world-leading hydrogen strategy, launched a new UK emissions trading scheme, committed to end coal power by 2024 and pledged £1bn in funding to support the development of carbon capture.”

This week it emerged that ministers dropped specific climate change commitments from a trade deal with Australia, in a move campaigners said will trigger a “race to the bottom” for green pledges.

Sky News said a leaked email from a senior official in the Cabinet Office showed how ministers had agreed to “drop both of the climate asks” from the trade deal, including “a reference to Paris Agreement temperature goals” in order to “get the Australia FTA (free trade agreement) over the line”.

It was reported that International Trade Secretary Liz Truss and Kwarteng had agreed to scrap specific references to temperature commitments, but that references to the Paris Agreement – a legally binding international treaty to pursue efforts to prevent temperatures rising more than 1.5C above pre-industrial levels – would still be mentioned.

Sky reported that Australia, which is the only developed country that has, as yet, failed to improve on its target set in the Paris Agreement in 2015, had demanded the language around temperature commitments be dropped.

Related: Tory majority could be swept away by tax rise fury – poll