Newcasle are really not in a good place at the moment... 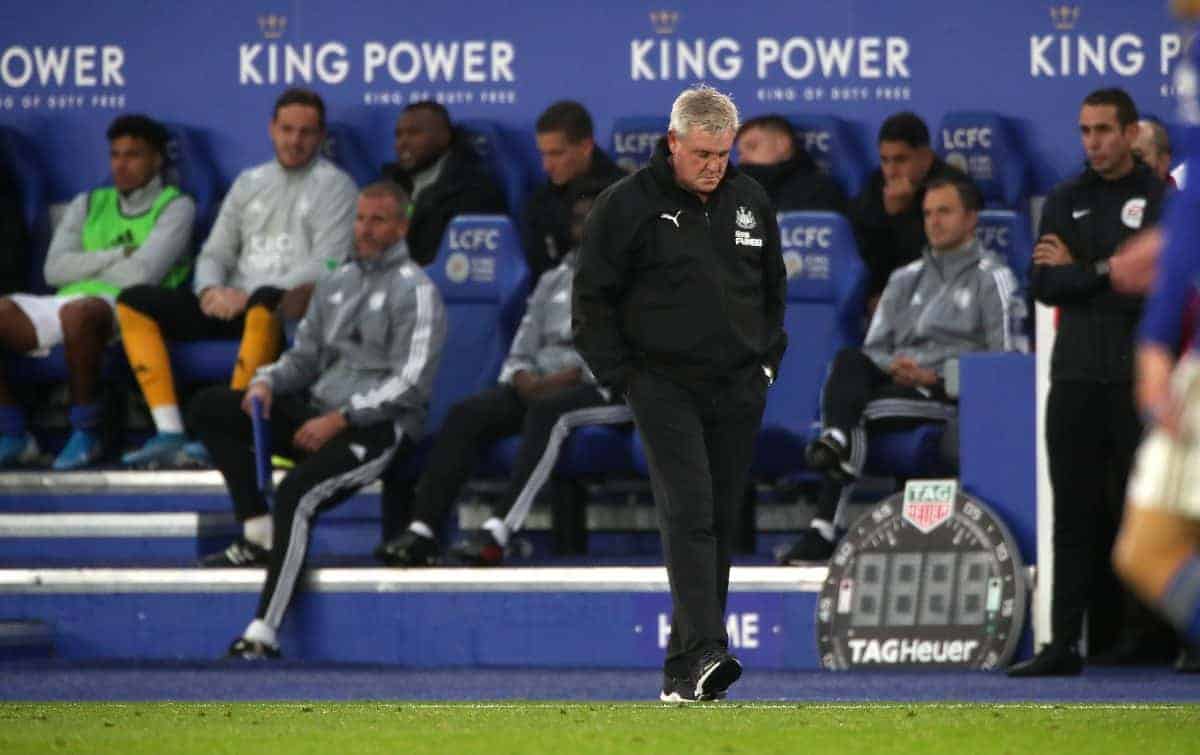 Newcastle slumped to a 5-0 defeat away at high flying Leicester last Sunday and alarms bell are ringing, well even louder than they already are at the club. The pressure on Bruce is growing by the day.

It was a dreadful display and in the 0-0 home draw with Brighton which preceded it Now on Sunday Man Utd come to the North East with troubles of their own, and looking for a big result.

They are left them inside the bottom three, territory which has become far too familiar in recent years.

Newcastle fell apart after Isaac Hayden’s first-half dismissal but, asked if his players are behind him, the head coach said: “Well, look, I don’t think it’s in dispute that they are with me.

“I have not witnessed anything like that. However, sometimes you play very very badly, and last week was not acceptable.

“Enough has been said on that one, and the only thing you can try now is to have a response after a horror show like it is.

“And let’s be fair, if you are going to play football, then unfortunately horror shows do rear their head. Let’s hope it’s out of the road.”

On opponents Man Utd Bruce said: “Yes, they might not be the Manchester United of the past, but they’ve still got some very good players and we’re going to have to be better than we were last week.

“It’s a wonderful time to play them because it’s a full house live on TV. If you have to bounce back against anybody, what better way than against them?”

Bruce may have a boost to his team with the return from injury of Jetro Willems, Jonjo Shelvey and Dwight Gayle.

When is Newcastle vs Manchester United?

The match will be broadcast live on Sky Sports Main Event and Sky Sports Football with coverage beginning at 4pm.