He was killed on his way to an Arsenal match and hoped to become a sprinter.

by Joe Mellor
in Football, News 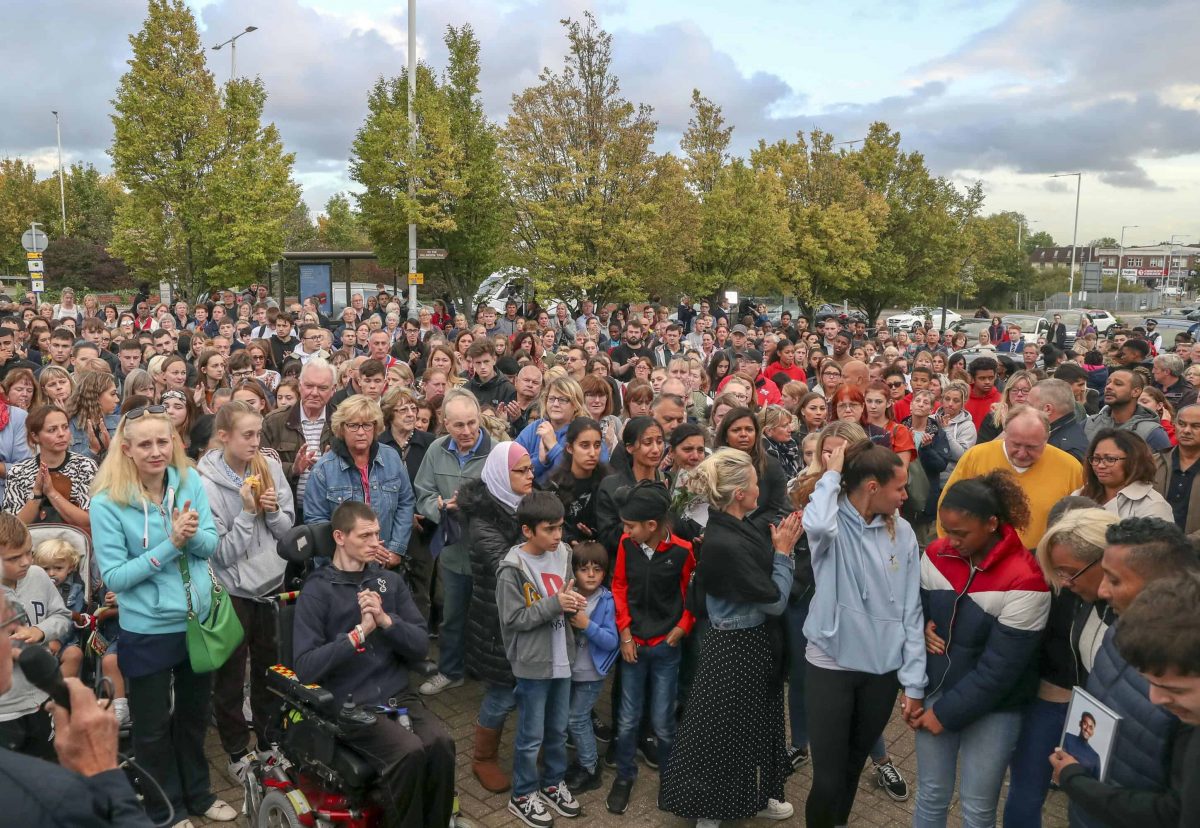 Hundreds of people pay their respects at a vigil outside Hillingdon station in London. Credit;PA

It was a fatal stabbing that has become all too frequent in the capital, but the police look to have a made break in the case.

Two men have been arrested on suspicion of murdering an aspiring athlete at a London Underground station.

Tashan Daniel, 20, was fatally stabbed at Hillingdon Underground Station on September 24 after being attacked while he was on his way to an Arsenal match.

All three remain in police custody for questioning.

Detective Chief Inspector Sam Blackburn said: “We have been working around the clock to trace those responsible for Tashan’s death and this is a positive step in the ongoing investigation.

“I’d like to thank Tashan’s family for their patience and strength and once again extend our deepest condolences to them. They are continuing to be supported by specially trained family liaison officers.

“I know the local community and many people across the country have been truly shocked by this senseless and unprovoked killing, and we will continue to work tirelessly to make sure those responsible face justice.”

Police previously said Mr Daniel, who hoped to become an international 200m sprinter, was with a friend when two other men provoked a fight, during which the 20-year-old was knifed in front of horrified passengers.

Witnesses reported seeing blood and a person performing CPR on the victim as the Underground station was evacuated in the wake of the stabbing.

Members of the public as well as paramedics and police officers tried to save the aspiring athlete, but he died on board a Tube carriage.